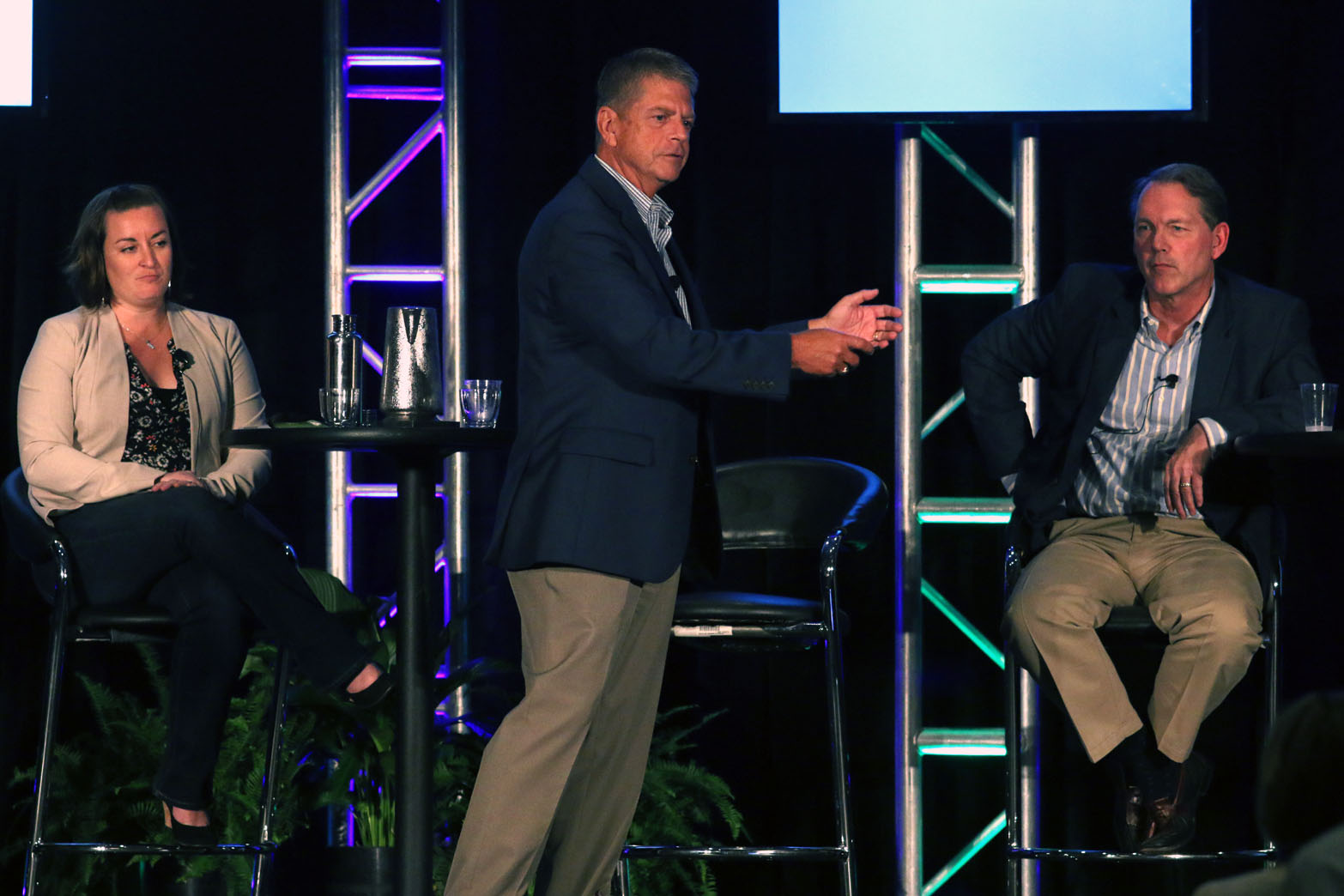 How can recycling programs across the country efficiently recover glass and overcome challenges in the value chain? Several stakeholders delved into the issue at the Resource Recycling Conference.

In a session called “Picking Up the Pieces of Glass Recycling,” processors and end users of recycled glass discussed what is being done to improve the system – and what continues to stand in the way of cost-effective recovery.

Glass has been under attack in recent years as a contaminant in single-stream recycling. But Curt Bucey, the executive vice president of business development and industry affairs for secondary glass processor Strategic Materials, said that notion is overblown. In reality, the glass stream itself is being contaminated, he noted. The glass streams his facilities receive used to be 98 percent clean, 2 percent contaminated. Now, the contamination rate is between 20 and 60 percent, he said.

Bucey believes this is mostly due to municipalities being unaware of the problem. Collection favors convenience over quality, and no one is checking the glass at the curb to make sure it is free of residue. By the time the glass gets to a Strategic Materials operation, it is often mixed with other materials.

He said the value of glass goes up and down based on quality, but that fluctuation has been misunderstood to mean markets for glass are vanishing. He recommends that cities include specifications in their contracts. 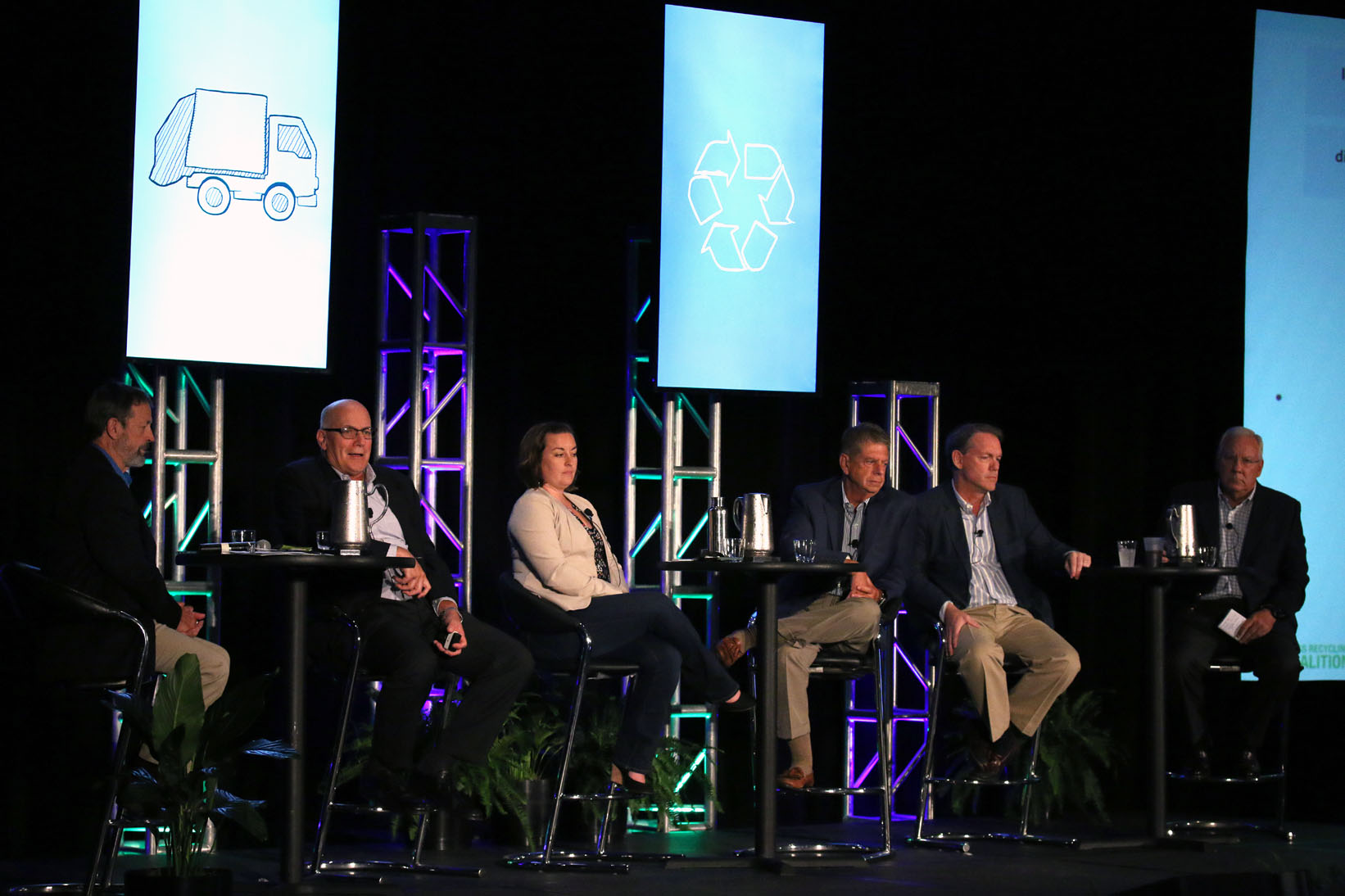 A defective bottle could cause harm to a beer drinker, she said, which could lead to a lawsuit or at the very least a public relations nightmare for Sierra Nevada. The brewer has a system on its bottling line that identifies defective bottles and eliminates them before they get filled. Chastain recognized there are cracks in the entire glass value chain and not one stakeholder is to blame, but she said they are all responsible for finding fixes. Sierra Nevada and others in the chain have formed the Glass Packaging Coalition to address the problems.

Chastain added that beer drinkers want to be able to recycle their bottles because they understand the environmental upsides. Furthermore, many states, counties and cities have recycling targets or goals of reducing greenhouse gas emissions. Using recycled content helps companies like Sierra Nevada be part of municipal solutions.

Quantifying the benefits of recycled material

For end users like Knauf Insulation, using recycled glass is about saving money and resources. The insulation company’s five plants melt millions of bottles a day into fiberglass. Scott Miller, Knauf’s director of sustainability, said the company has saved 76 million kilowatt hours of energy and 40 million gallons of water by using recycled glass. Use of recycled material has also allowed the company to avoid 175 million pounds of carbon dioxide emissions.

Even though glass recycling has experienced some very public problems and setbacks, Kerry Getter told the audience cost-effective glass recycling is doable and should continue. Getter is the CEO of Balcones, an independent MRF operator with three facilities, including one in Austin, Texas. That facility alone sells 1,300 tons of recycled glass per month to a Strategic Materials facility in Midlothian, Texas. 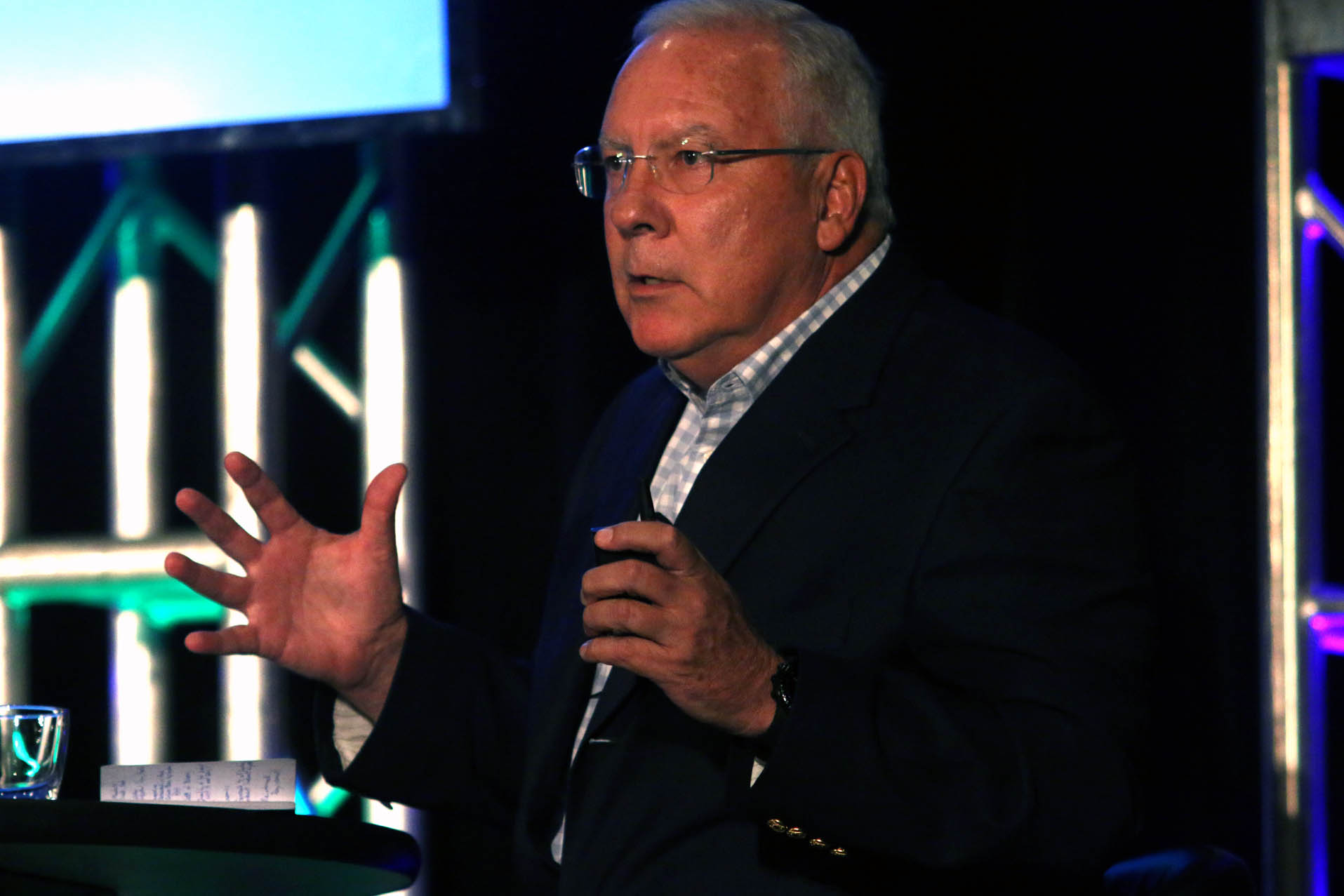 Getter was initially apprehensive to bring glass into his facilities because he was worried about contamination. But, he told the audience, four years later he hasn’t had one issue.

Getter talked about the machinery his plant uses to ensure a clean glass stream. He invested in a glass breaker that cracks the glass into uniform pieces. Any larger glass falls through a screen where it goes through a second breaker. The glass then goes through a shaker screen and an aspirator to ensure that no other materials, like finely shredded office paper, get into the stream.

Getter said a MRF operator has to be certain about accepting glass and should talk with local communities to understand how all partners can benefit. For example, 27 percent of the Austin stream is glass – knowing that statistic beforehand was crucial.

Across the country, glass makes up about 20 to 25 percent of the weight of material collected in curbside bins, according to O-I’s Nordmeyer. He expects that percentage to increase as items such as newspaper continue to become less prevalent. Everyone on the panel agreed that each community is unique and there is no-one-size-fits-all solution to the glass problem.