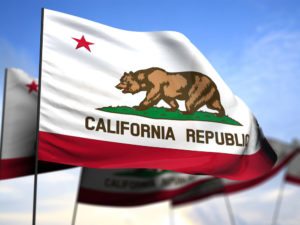 The statewide recycling and composting rate for California fell to 47 percent last year after hovering near 50 percent during the previous three years.

That’s according to data from the California Department of Resources Recycling and Recovery (CalRecycle). Lawmakers in The Golden State, population 39 million, have set a 2020 goal of recycling and composting 75 percent of material.

“At a time when Governor Brown and state policymakers are receiving deserved recognition for the adoption of many nation-leading policies to reduce pollution and protect the environment, the downturn in the state’s recycling efforts stands out as an embarrassing blemish,” Mark Murray, executive director of advocacy group Californians Against Waste (CAW), stated in a press release.

CAW attributed the decrease to a drop in commodity prices, the closing of recycling centers and cheap disposal alternatives.

California-based nonprofit group Container Recycling Institute (CRI) has estimated more than one in 10 beverage container redemption centers have closed since the beginning of this year alone. Legislators are currently considering changes to address the situation.

The 47 percent recycling rate estimate does not count waste-to-energy, landfill cover or other beneficial uses at landfills as recycling. It does include composting and anaerobic digestion.