Q&A: One firm’s vision for growth in recycled glass market 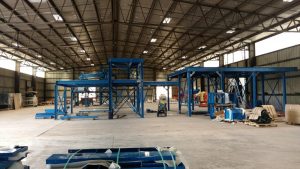 At a time when some communities are retreating on glass recycling, Momentum Recycling is doubling down on it.

The Salt Lake City-based secondary glass processor is currently building an $11 million glass cleaning and sorting plant near Denver (see photo to the left and below), enabling bottle-to-bottle recycling there. In Utah, the company already collects and processes glass for use in insulation and other products, sending no glass to landfill.

“The main thing we want people to understand in Colorado is this opportunity to have a true bottle-to-bottle recycling closed-loop system in the state is a real advance forward,” John Lair, president and CEO of Momentum Recycling, told Resource Recycling. “We want people to consider that as they’re purchasing their products.”

Resource Recycling: What will the Colorado facility be capable of handling in terms of tonnages and material? And what are the concerns with contamination?

Lair: It’s designed specifically to handle the MRF glass coming out of the Front Range MRFs [Colorado’s Front Range includes Denver, Boulder and a number of other municipalities]. Our testing has shown that that MRF glass contamination should be 20 percent non-glass material or less. So the facility is designed to handle that level of contamination. It’s designed with the capacity of around 80,000 tons per year of incoming feedstock.

Which MRFs will it be coming from?

Starting off, we’ll be serving the Waste Management MRF on Franklin Street in Denver and also the Alpine Waste MRF in the same neighborhood in Denver.

What end users will receive the cullet produced?

So this will all be going to bottles, rather than insulation?

That’s right. Denver is unique in that there are two bottle manufacturing plants in the same metro area. I don’t think that exists anywhere else in the U.S. It’s a really great opportunity. Obviously the best thing that can happen to a glass bottle is to turn it back into a glass bottle.

How can spending such a large sum – $11 million – pencil out when you’re working with such a low-value commodity? 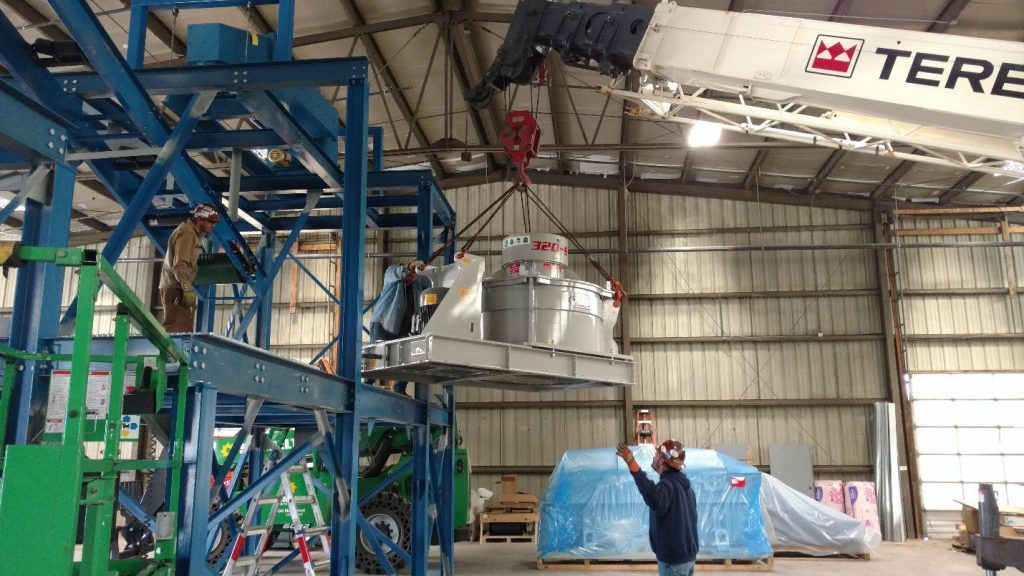 I think that’s one of the misperceptions of glass. It’s been perceived as this problem material in the stream, mostly because of what it does to the other items in the MRF. … However, once you have the processing plant like ours and you’re able to create true furnace-ready cullet, it has quite a bit of value. And that value is actually quite stable over the long run, unlike the other commodities in the MRF. Pricing for glass is generally quite flat year over year, with slight annual increases … in large part because it’s so heavy and it’s expensive to transport so the markets have to be local. And because of that, there’s not a lot of variation.

Is there any worry that communities you work with could follow the lead of Houston and stop accepting the material?

Absolutely, it’s in the back of our minds. And we’ve communicated closely with Waste Management about that. We’ve been assured by Waste Management that they don’t have such plans for Denver. It’s not solely up to Waste Management. They have contracts in place with big players like the City and County of Denver, who would have to agree to such changes. They don’t appear to be eager to try to put the genie back in the bottle, so to speak.

Will you charge to accept material or will you take it for free?

There will never be a charge for the glass. In some cases, like very clean source-separated glass, we could even pay. In fact, I can say the MRF operators will be paid for the glass that they bring to us. Back to this question about whether Waste Management will eliminate glass in Denver as they’ve done in other places, we’re really changing the economics for them in Denver. We’re taking what is now currently a loss. They have to process it out of the MRF; they have to transport it. Now, in Denver, they happen to own the landfill, so they don’t pay a tipping fee or, at least if they do, it’s the left pocket feeding the right pocket. It costs money to transport it. It costs money to process it. Well, we’re going to take that negative and flip it into a positive by purchasing that glass, and we pay to transport it from their facility to ours.

On the technical front, what are some of the key pieces of equipment that the facility will use?

At the heart of the plant is an array of optical sorters provided by Binder+Co, AG. They’re Binder’s Clarity line of sorters, and we will have about a dozen of them in this plant. They’ll be sorting out contamination, like ceramics, rocks, stones, paper and other things. Plus, they’ll be sorting the glass by color. So that’s kind of the technological heart of the plant. In addition to that, we’ll have some unique pieces of technology provided by Binder, some de-labeling machines as well as more commonly seen items in glass recycling plants: fluidizing bed dryers, very sophisticated dust collection systems and cyclones.

Are there any lessons learned from Salt Lake City that you plan to apply to Denver?

The main thing out of Salt Lake City that we’ll be applying to Denver is how to beneficially use the material produced out of the plant that cannot go back into bottle manufacturing. Bottle manufacturers’ specification is such that they don’t want fine particles, and about 15 percent of the material of the output of our plant will be particles that are too fine to be turned back into bottles. That’s quite a lot of tonnage. In Salt Lake, we’ve had to solve these problems and address these issues for many years, and so we’ve already worked with a range of partners to develop other markets. So markets like industrial abrasives, water filter media, different coatings, it can be used in concrete and cement and various other applications.