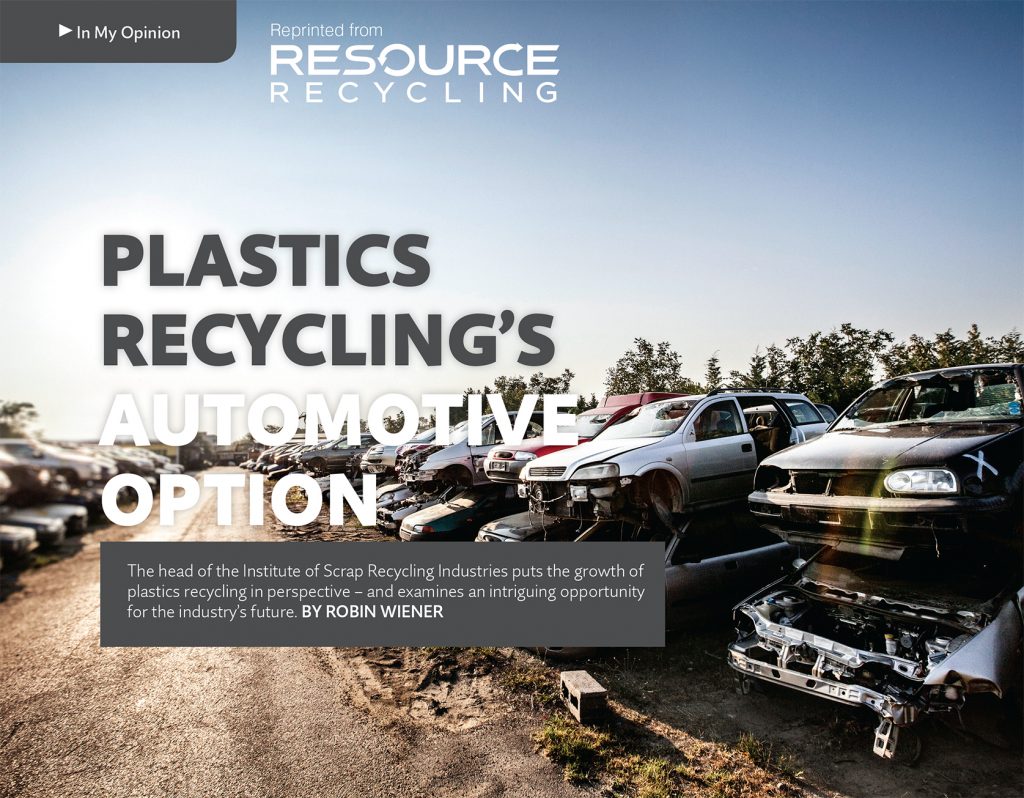 Plastics recycling is, in many respects, still in its infancy. This is especially true when comparing the lower recycling rates for plastics to other commodities. Overall, however, it is growing. According to the American Chemistry Council’s 2014 U.S. National Post-Consumer Plastics Bottle Recycling Report, the total amount of plastic bottles collected in the U.S. increased from less than 500 million pounds in 1990 to just over 3 billion pounds in 2014. Overall, The Institute of Scrap Recycling Industries (ISRI) estimates that as recently as 2013, more than 3.5 million tons of post-industrial and post-consumer plastic scrap were recycled in the U.S.

And while overall collection for post-consumer material is increasing, we are seeing other types of plastics poised for an explosion in growth. One of these plastics is plastic from auto-shredder residue, or ASR plastic. This is plastic that is typically recovered through the shredding of cars, appliances, and other white goods, but which could not be legally recycled in the U.S. until recently.Plastics recycling’s automotive option

The breakthrough occurred in 2013 when, following an aggressive advocacy effort organized by ISRI, EPA issued a clarification to its TSCA regulations authorizing the recovery and use of these plastics. Up until that point, recycling plastics from automobile shredder aggregate could not be done without the threat of enforcement by the U.S. Environmental Protection Agency and the Department of Justice. 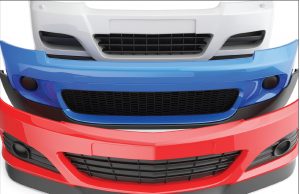 With the removal of the legal barriers to the recycling of ASR, the scrap industry has the potential to do for plastics what it has successfully done for metals. With technological advances in shredding and downstream processing, there is opportunity to recover and recycle up to 2 million tons of plastic that are now in the shredder aggregate stream and sent to landfills for disposal. Using various proprietary technologies being developed, funded, or considered by ISRI members, much of this plastic can be recycled into specification grade commodities for which domestic and overseas markets exist today.

Finally, consider these benefits to the plastics recycling industry once this material is brought on-line:

The challenge facing the recycling industry now is getting the word out that this material is available for commerce. ISRI, for its part, has been working with its members to identify potential new markets. It will be a major topic of discussion during our first-ever Plastics Business and Operations Summit, held in conjunction with our 2016 ISRI Convention and Exposition, April 2-7, in Las Vegas.

The overall development of the plastics recycling industry, which is finding new ways to ensure plastics are recycled, and the potential of the industry itself are fascinating to watch. And even more exciting to be part of each and every day. As the industry matures, you can be sure that ISRI will be at the forefront helping to spur markets and encouraging it to explore new ways to recycle one of the world’s most versatile materials.

Robin Wiener is president of the Institute of Scrap Recycling Industries (ISRI). For more information about the group, go to isri.org.