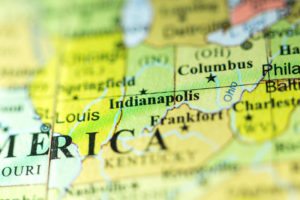 In a press release sent out this morning, Indianapolis Mayor Joe Hogsett announced that plans for the proposed Covanta mixed-waste materials recovery facility have been temporarily suspended.

“Leadership begins with listening, and I believe Indianapolis deserves a true community conversation before we move forward with any waste and recycling plan,” Hogsett said in a press release announcing the decision to suspend plans for the estimated $45 million facility.

The mayoral administration will “gather information over the next 90 days to assist with a reassessment of plans” for the proposed facility, with pre-existing service agreements between the city and Covanta remaining in effect in the interim.

The “Advanced Recycling Center,” or mixed-waste materials recovery facility (MRF), was proposed under the previous mayor, Greg Ballard, and was contentious from its announcement in June 2014.

“After careful consultation with the Hogsett Administration, Covanta has agreed to temporarily suspend the development of the Advanced Recycling Center project,” the company said in a statement given to Resource Recycling. “Covanta continues to have a successful partnership with the City of Indianapolis that began over 25 years ago and the relationship with our partner remains paramount. Covanta is committed to helping bring recycling to all in Indianapolis and will be ready to assist in any capacity deemed appropriate once the new administration’s due diligence is complete.”

Currently, the city has an opt-in recycling collection program, which has a 10 percent participation rate.

Under the 14-year, estimated $112 million contract, Covanta would receive all of the city’s commingled residential trash and recyclables to be sorted at the MRF, with the resulting recyclable materials sold on the open market and the waste being burned for energy production at the company’s existing waste-to-energy facility.

Opponents of the proposed facility criticized both the terms of the contract, under which the city would be penalized for expanding recycling collections, and the manner in which the contract was negotiated. According to a lawsuit filed against the city in September 2014, the decision to sign the contract was done “without following the proper procedures designed to assure that the contract most beneficial to the public is entered into and that an open and public process is utilized.”

The city says that it will continue to “defend the city’s ability to negotiate with Covanta in pending litigation.”

“The Indiana Recycling Coalition is thrilled with this decision to suspend Covanta’s dirty MRF proposal,” Carey Hamilton said in an email to Resource Recycling. “This is the first step towards developing a first-class recycling program for our City. We look forward to working with the Hogsett administration towards that worthy goal.” Hamilton had previously penned an op-ed in opposition to the proposed facility.

In a response to Hamilton’s opinion piece, Covanta’s Paige Bernacchi said that the MRF was “a valuable and necessary tool if we are ever going to reach the state’s goal of a 50 percent recycling rate.”

Both sides on the debate were on a panel at last year’s Resource Recycling Conference, held in Indianapolis.