In My Opinion: Indy MRF project wastes chance for change 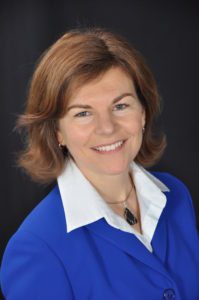 As many in the recycling industry know, the Circle City could soon move forward with a deal that would have Covanta Holding Corporation build a mixed-waste processing (MWP) facility adjacent to the Covanta-operated Indianapolis waste incinerator. A lawsuit challenging the contract is pending, as is a state solid waste permit request.

This facility would move the city’s residential collection to a one-bin system that would mix waste and recyclables in the same bin. Covanta, which already has a contract to burn the city’s waste for energy production, has been contracted to separate recyclables from waste at the proposed MWP facility. In exchange, it gets a minimum $100 million contract putting it in charge of both waste and recycling for all of Indianapolis until 2028.

Perils of ‘put or pay’

There are a number of concerns about this plan, but at the top of the list is this: Covanta secured this contract – and the rights to the city’s recycling future – without having to go through a competitive bidding process.

It appears the City is attempting to make a bad contract, the city’s long-standing waste incineration contract with Covanta, “less bad” with this new Covanta proposal. How so? Indianapolis has been held back from providing comprehensive recycling services in large part due to the existing waste incineration contract. This “put or pay” (“put” in enough waste or “pay” a penalty) contract penalizes taxpayers for reducing waste. Thus, we have built in a major financial disincentive to recycle. Sadly, the new contract is also a “put or pay” arrangement, once again discouraging any new source-separated recycling.

To be clear, the Indiana Recycling Coalition does not oppose incineration as a form of waste disposal. However, we strongly oppose language in the contract that is not in the city’s best interest. This includes the following contractual elements:

But there’s a lot more at stake here. A recent study by Ball State University showed that with more progressive statewide recycling policies, Indiana could create 10,000 additional jobs. In a state that already has 77 companies employing 35,000 Hoosiers in jobs that rely on recycled feedstock to make new goods, that’s a lot of earning potential left on the table.

On the surface, the Covanta proposal certainly could look like a good deal for Indianapolis because it’s simple for residents. Some homeowners would love to throw all waste – including high-quality, clean recyclable resources like glass, aluminum, plastic and paper – into a single bin and have a clean conscience.

But their conscience would be the only thing staying clean. With waste and recyclables mixed together before going to Covanta’s MWP facility, a lot of recyclables would be too contaminated to send to companies that rely on recycled stock. And many items that could be recycled – all glass, contaminated paper, most plastic – would be fed into Covanta’s incinerator.

Many companies that use recycled feedstock are concerned about this lost opportunity. These are Covanta’s would-be customers, not competitors, who are crying foul over this arrangement.

Of course, it is clear why competitors might also be upset – without a competitive bidding process and without a request for proposal, they didn’t have the chance to offer counter-proposals. This lack of transparency and competitive bidding was the basis for a lawsuit that is now under review by the Indiana Court of Appeals.

With the current waste incineration contract nearing the end of its term, this is the time for the City to end Covanta’s stranglehold and take advantage of new competition, new grants and other resources to provide curbside recycling for all, to re-build our drop-off program and to provide effective public education.

In a state with a new, aggressive recycling goal of 50 percent, Covanta proposes an unenforceable 18 percent recycling goal for its MWP operation. Covanta has not provided any data to support their plan to achieve even just 18 percent.

Innovations in recycling occur virtually every day, and new privately funded organizations are offering grants and other incentives to support high quality curbside and other collection programs. But, without an RFP, no one had the opportunity to offer a different course. Unfortunately, this seemingly better-than-before approach is locked in for more than a decade, meaning Indianapolis and its residents will miss out on the potential to embrace ever-emerging innovations in recycling.

The good news is that ground has not been broken for the new facility. No construction has begun. There is still time to hit “pause” and issue an RFP that would allow others to offer their alternatives to the Covanta approach.

We urge Indianapolis to do just that: Stop the process, issue an RFP and see what is possible. To us, that sounds like a reasonable request – and one heck of an opportunity for the city’s residents to get a recycling program that looks beyond better-than-before. Then Indianapolis can investigate all options and proceed with the recycling plan that enables it to more fully realize its 21st century, sustainable city potential.

Carey Hamilton is executive director at the Indiana Recycling Coalition and has worked in the environmental field for 20 years.

The views and opinions expressed are those of the author and do not imply endorsement by Resource Recycling, Inc. If you have a subject you wish to cover in a future Op-Ed, please send your suggestion to [email protected] for consideration.