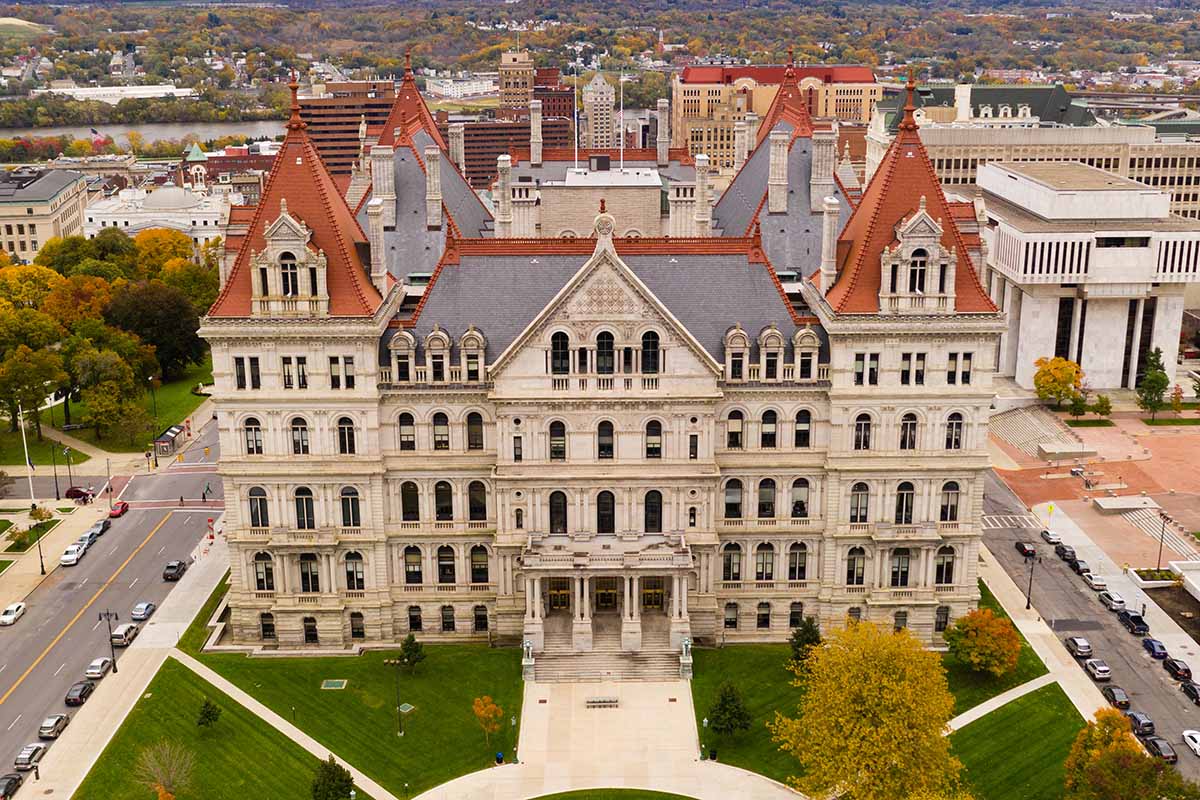 In recent days, a proposal for extended producer responsibility was sidelined in New York, and Iowa lawmakers sat deadlocked over legislation to update the bottle bill.

A plan for an extended producer responsibility (EPR) program for packaging was not included in New York’s final state budget, despite the governor’s support.

There are still two standalone EPR bills alive in the legislature this year, with one yet to be introduced, according to a report in WasteDive. New York’s EPR bills have been a focus in the recycling world this year.

Gov. Kathy Hochul included an EPR plan in her executive budget this year, after calling for New York to require “producers, not taxpayers, to cover the cost of recycling” in her January State of the State address. Hochul’s recommendation was supported by the Association of Plastic Recyclers and some other recycling stakeholders (APR owns Resource Recycling, Inc.).

However, her EPR policy was criticized by others. Over 160 organizations sent a letter to legislative leaders asking them to reject the proposal and instead embrace an alternative EPR plan and an expansion of the state’s bottle deposit program.

“Those familiar with the process believe EPR didn’t make it to the final budget because of a mix of pushback from numerous groups, the complexity of the EPR proposal offered and the fact that lawmakers were focused on more high-profile issues in the budget, such as bail reform,” WasteDive reported.

Meanwhile, a bill to overhaul Iowa’s bottle deposit system has stalled, and some lawmakers say the entire deposit system program may be repealed next year if the deadlock continues, according to the Iowa Capital Dispatch newspaper.

“I think at some point, we have to do something,” Lohse said. “I would like to try to fix it, but if we can’t fix it, this thing is going to implode on itself. It’s just time to repeal it.”

The battle over how to update the decades-old law comes as more industry groups and researchers have said bottle bills are needed to generate a greater supply of recyclables needed to meet public and private recycled-content goals.

In late March, Senate lawmakers passed their proposal, Senate File 2378, on a 31-18 vote. All but one Republican voted yes, with Democrats voting no. The House has its own bill, which has been introduced but not yet debated. Now, lawmakers are meeting to reconcile the two bills, according to the Iowa Capital Dispatch, but it remains unclear if that work will be completed before the end of this session.

The current deposit law allows people to return cans and bottles to grocery stores and other retailers to get back a 5-cent deposit.

Both proposed bills would direct more money to struggling redemption centers, which currently get a 1-cent handling fee. The House bill would increase the fee to 2 cents, and the Senate would increase it to 3 cents.

However, both bills would also allow retailers to opt out of redeeming bottles and cans, which detractors have said would reduce access for many people.

In the Iowa Capital Dispatch story, Brad Epperly, lobbyist for the Iowa Grocery Industry Association, said “the grocery industry has always supported repeal” as an issue of food safety.

A poll of Iowa’s active registered voters conducted by Selzer & Co. found that 84% of respondents said they believe the bottle bill program has been good for Iowa and 86% favored expanding the number of places bottles and cans can be returned.

According to the poll, 72% favored increasing the 1-cent handling fee for redemption centers and stores, while 71% supported expanding the law to include plastic bottles for water and sports drinks.

Elizabeth Mackenzie, president of the Iowa Recycling Association, told the Iowa Capital Dispatch it’s “disheartening that legislators would threaten to do away with something that most Iowans support simply because they can’t agree on how to improve it.”

“The bottle bill is several decades old and does need modification so that it can continue to serve its purpose of keeping Iowa clean, but repealing it is not the answer,” Mackenzie said.

The Iowa Recycling Association suggested three fixes for the state’s deposit system: increasing the handling fee for all points of redemption to 3 cents; updating enforcement efforts against those who break the law by turning away eligible containers; and requiring retailers to continue redemption programs.

A version of this story appeared in Resource Recycling on April 12.