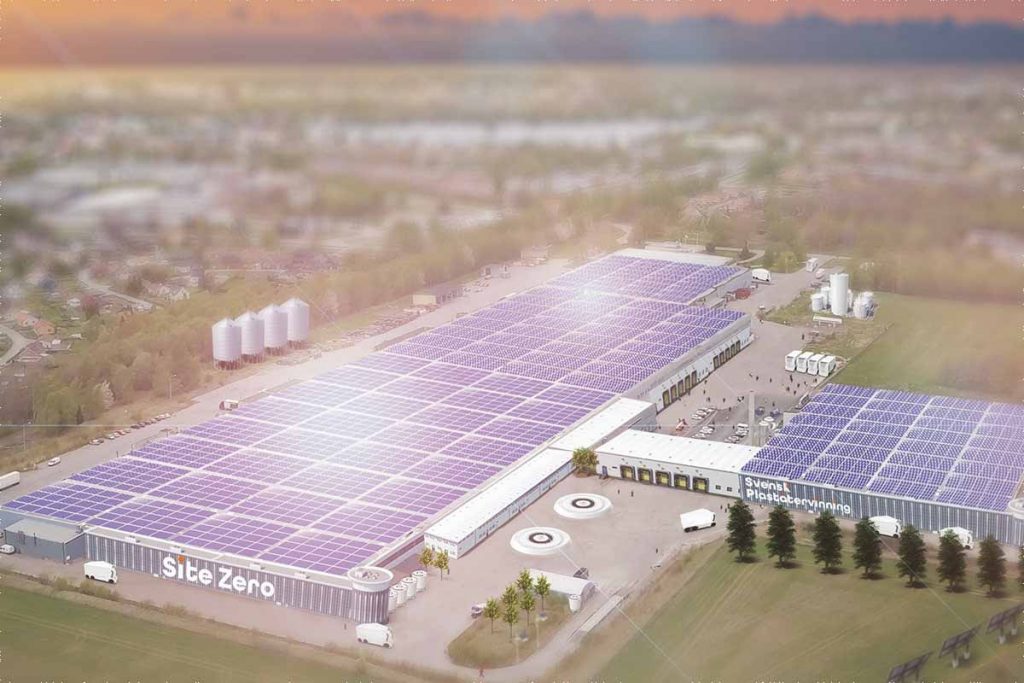 With the expansion, the facility will total more than 645,000 square feet. | Courtesy of Swedish Plastic Recycling

A Swedish plastics sortation firm is set to double its capacity and eventually add reclamation equipment on-site. Swedish Plastic Recycling says it will be able to process all plastic packaging collected through residential systems in the country.

The company currently operates a plastics sortation plant in Motala, Sweden, called Site Zero. The company on Aug. 31 announced it will invest 1 billion Swedish Krona ($115.9 million) to add equipment at its facility, increasing its sorting capabilities.

With the expansion, the facility will total more than 645,000 square feet.

“We are doubling our capacity and will be able to handle 200,000 tonnes [440 million pounds] of plastic packaging per year,” the company stated. “This creates the conditions needed for receiving and eventually [recycling] all plastic packaging from Swedish households.”

The company added that its current facility can sort four types of plastic into individual streams. The expansion will allow the plant to sort 12 different types of plastic, the release stated.

The facility will use 60 near-infrared sensors positioned along more than 3 miles of conveyor belt. The facility currently employs about 80 employees and is slated to add about 100 more workers with the new investment, according to the release.

After the initial sortation increase is completed in 2023, the company plans to enter the reclamation business, as well. The Site Zero facility is “preparing for washing and granulation of the plastic in phase two, which is planned for 2025,” according to the release. The company currently sells its output plastic to other reclaimers.

Swedish Plastic Recycling is “owned by a large part of the Swedish business community,” the company stated in the release. Its owners are a handful of business associations representing parts of the grocery, retail, wholesale and similar sectors.

Swedish Plastic Recycling also owns FTI, which collects packaging in the country on behalf of packaging producers, who are obligated to fund collection through an extended producer responsibility system.