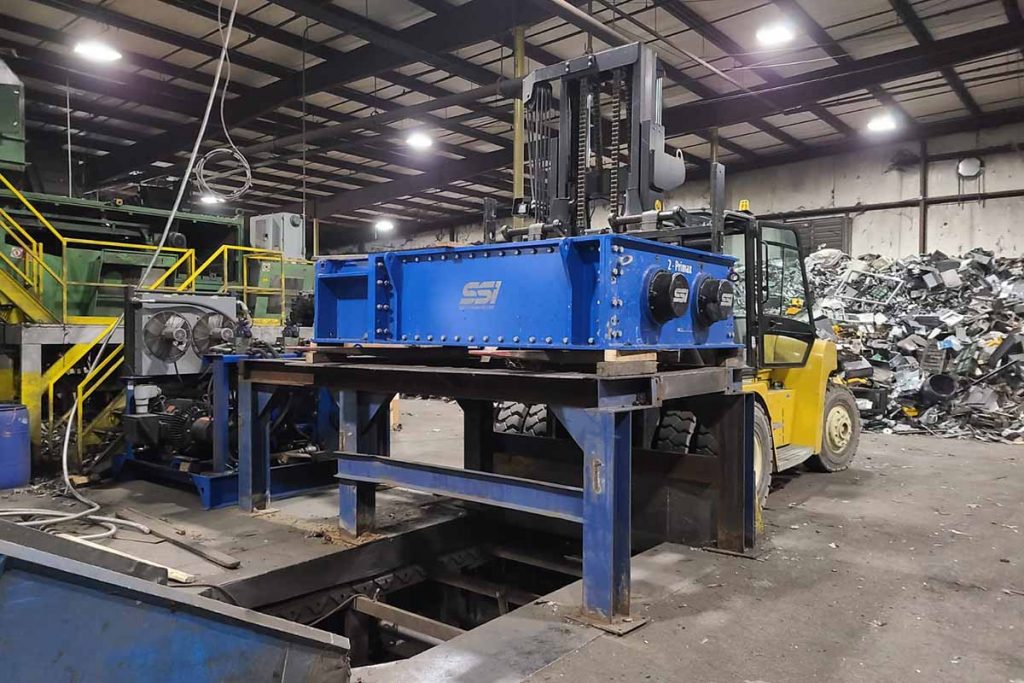 The Madison, N.C. e-scrap processor is replacing equipment on its 11-year-old processing line, which processes low- and mid-grade electronics into steel, e-plastics, copper and other commodities for sale to downstream processors. The company has already installed new shredders.

“For Synergy itself, it’s the largest improvement that we’ve done since initially installing the line,” said Megan Tabb, director of sales and compliance for Synergy Electronics Recycling (SER), in an interview with Plastics Recycling Update. 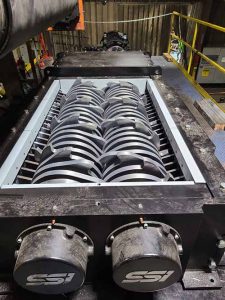 Later this year or in early 2022, SER will repair or replace the trommel, Lester said. Other improvements, such as new air compressors and forklifts, are also in the works. Tabb estimated that, to date, SER has invested half a million dollars in the upgrade project, not including trommel or forklift replacements.

Lester said the throughput of the new shredders is “astronomical,” increasing the line capacity dramatically.

“We don’t know how much we can run because we can’t feed it fast enough,” he said.

SER sends its shredded e-plastics to a sister company, RePolyTex, a Madison manufacturer of plastic plywood. Currently, SER is the sole scrap plastic supplier for RePolyTex.

SER doesn’t need to use a float-sink system, electrostatic separator or other equipment to sort by polymer, because RePolyTex is “able to take the whole shredded plastic product with all of the different polymer types and use that to make our product,” Tabb noted.

SER’s shredding line improvements will help the company supply more e-plastic to RePolyTex as it ramps up. Lester said SER currently produces 320,000 to 350,000 pounds of shredded e-plastic a month. When RePolyTex is at full capabilities, it will be able to consume 750,000 to 1 million pounds a month.

“We’re really trying to ramp up the volume for them,” Tabb noted. “If we’re doubling or tripling the electronics volumes that we’re sending through our line at Synergy, it’s equally increasing the amount of shredded plastic that we’re generating to go to RePolyTex.”

A version of this story appeared in E-Scrap News on August 19.