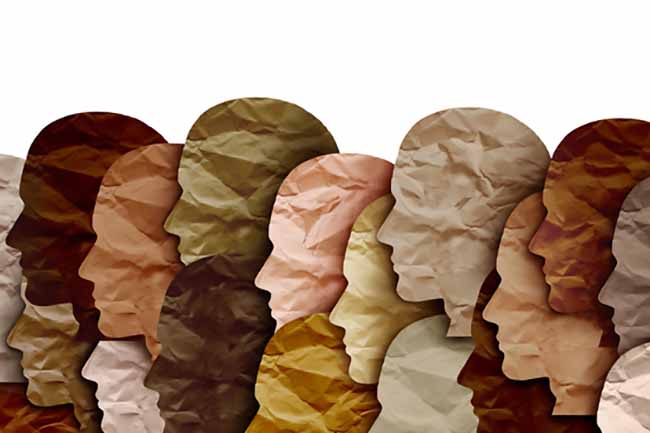 NERC’s Next Generation Scholarship Fund is just one of multiple conversations the group is having on the topic of diversity, equity and inclusion. | Lightspring/Shutterstock

Leaders at the Northeast Recycling Council recently explained how they’ll use a new scholarship fund to help boost racial diversity in the next generation of recycling industry professionals.

The Northeast Recycling Council (NERC) announced the launch of its Next Generation Scholarship Fund, which will pay for college students to attend NERC conferences. The fund’s goal is to support diversity, equity and inclusion.

NERC sees the new fund “as a way to build the number of young people and people of color who are potentially entering into our industry,” said Mary Ann Remolador, NERC’s assistant director and event organizer.

For NERC’s spring conference, a virtual gathering that was held March 30-31, Remolador tried a new approach to recruiting college students who may be interested in attending. In the past, NERC has tended to approach specific schools, such as environmental science schools, that produce a pipeline of young people who enter the recycling industry, she said.

For the spring conference, Remolador reached out to historically Black colleges and universities, including Virginia State University, where over 93% of undergraduate students are Black/African American, according to the National Center for Education Statistics. A contact at Virginia State referred NERC to seven students, three of whom ultimately attended the conference.

Remolador discovered that their areas of study were distinct from environmental science. “Instead, they were interested in learning more about recycling because of how it somehow integrated into their programs that they were studying,” she said.

For example, a physical education student, recognizing that a clean environment feeds into people’s physical health, wanted to understand why large amounts of litter in the community he’s from aren’t being recycled, she said.

In the future, Remolador plans to continue reaching out to contacts at various historically Black colleges and universities to recruit students for scholarships, she said.

NERC leaders also hope to inject more money into the scholarship program, which will pay for travel expenses when events return to in-person formats post-pandemic. NERC has given conference attendees the option to pay a little more for their registrations to generate money for student scholarships, and Remolador said they plan to continue offering that fundraising strategy.

But Lynn Rubinstein, NERC’s executive director, said she is also asking the group’s board of directors to direct more money to the scholarship program in the fiscal 2022 budget. Her goal would be to have 10 students attend conferences on scholarships, Rubinstein said.

The Next Generation Scholarship Fund is just one of multiple conversations the group is having on the topic of diversity, equity and inclusion (DEI). The NERC conference last fall included a plenary session covering racial justice in the industry, and NERC is reaching out to other organizations as it works to develop a DEI training program for industry professionals.

And later this month, NERC will hold an online roundtable discussion between its advisory and board members to learn what their organizations are doing to support DEI. Dozens of advisory board members have said they’ll participate.

Rubinstein said there’s so much vibrancy on the topic, it’s almost like someone “pulled the cork out of the dam.”

“People are really excited about this,” she said.

A version of this story appeared in Resource Recycling on April 13.