Data Sort: A growing preference for segregated material among buyers

In 2018, 80 percent of non-bottle rigid plastic recovered for recycling was segregated by resin, compared with 77 percent in 2017. The segregated material is broken out into two categories: commercial source-separated/collected material, and material further separated into resin-specific bales by a processor after commingled collection or other other collection pathways. 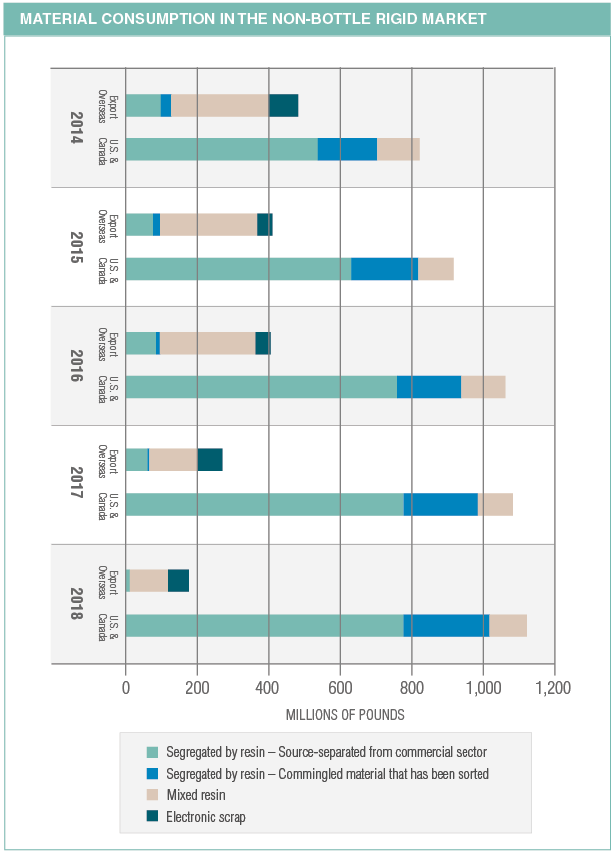