‘There is no supply’

Though container deposit systems only exist in a handful of U.S. states, the programs play a key role in the material pipeline for many recycling companies. That’s because bottle returns generate a very clean supply of product in three categories: aluminum, glass and PET plastic.

But since the coronavirus pandemic has hit the U.S., that reliable flow of quality recyclables has been quickly cut off.

Stay-at-home orders mean people are not heading out to bring back their bottles and cans, and eight out of the 10 states with container redemption systems have enacted temporary measures limiting deposit returns in some way.

The fallout for recycled material processors has been expansive.

“There is no supply,” said Tom Emmerich, chief operating officer at Schupan and Sons, the largest processor of deposit containers in Michigan.

With less material coming in, companies are shouldering higher costs and scrambling to supply their customers. In some cases, they’re curtailing operations temporarily.

Collins’ organization, which advocates for container deposit programs, has compiled information about how deposit systems are changing due to the coronavirus. Most of the states that made alterations during March and April did so by relaxing take-back requirements for retail stores that sell beverages covered under the deposit systems, she said. Such temporary changes are being made to limit retailers’ staffing requirements and cut down on person-to-person interactions.

In Oregon, where the beverage distributor-managed Oregon Beverage Recycling Cooperative (OBRC) runs the state’s container redemption system, returns are down but have not vanished. Retailers have largely suspended acceptance of containers for redemption in line with the state’s emergency regulations, but OBRC operates a number of standalone redemption centers that have remained open with social distancing policies in place. People can continue to use those centers, called BottleDrops, to redeem deposits using reverse-vending machines. They can also fill a bag with containers and drop the full bag off at a redemption center – in that case, a user’s account is credited with the deposit amount once the containers are processed.

However, by the beginning of May, returns had increased to higher than 60% of the normal volume at this point in the year, and the figure keeps increasing. “People are figuring out how to redeem, and our numbers have been climbing,” Bailey said.

OBRC’s bag-drop option has seen a surge in popularity since the virus impact began. The group is adding nearly 900 new account holders to this program per day, up from about 200 per day prior to the virus, Bailey said. Still, the retail collection suspension has had a significant impact. Bailey said there are areas with no returns coming in at all because OBRC has no redemption centers in those regions. And even where redemption centers are available, more people are likely simply staying home due to the virus.

Redemption options have diminished significantly in Iowa, as well. The state suspended retail collection requirements. And even though some stores have continued to redeem containers, a statewide stay-at home order contributed to a drop in returns. (In early May, Iowa Gov. Kim Reynolds began gradually reopening less densely populated areas of the state.)

He noted Schupan understands why the order was made and that the country is in unusual times. But he said he was concerned that residents may stockpile containers and wait until the retail redemption sites reopen, leading to a chaotic situation.

Starting the system up again in an organized way is going to be important. “Otherwise, you’re going to have complete chaos,” Emmerich said.

The current situation is also problematic to product makers in the region, Emmerich said. Michigan deposit containers are very highly sought after for manufacturing because they’re some of the cleanest recycled feedstock around.

For plastics recycling company CarbonLite, a major processor of recovered PET, the impact has been substantial, especially at the company’s California operations. 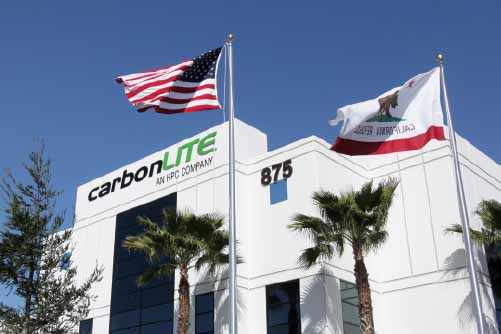 CarbonLite’s PET recycling facility in Southern California typically relies entirely on bottles from the state’s deposit system, but of late, 60% of the operation’s feedstock has been curbside material.

Leon Farahnik, CEO of CarbonLite, said his company is instead bringing in curbside PET bales, sometimes being forced to truck them in from neighboring states. As of mid-April, about 60% of the operation’s feedstock was coming from curbside sources.

In the past, CarbonLite had “ample material” from the deposit stream. The California program generates a total PET volume of up to 600 million pounds per year, Farahnik said. But the reduction in public activity from the coronavirus, along with recent substantial rainstorms, have added to supply problems that were already occurring in the state (in recent years, California has seen widespread redemption center closures).

The shift in feedstock has spurred substantial operational changes at the CarbonLite facility.

Curbside bales have much more contamination than those sourced through the deposit stream. That’s not a problem for CarbonLite’s facility in Dallas and its upcoming plant in Pennsylvania, where the equipment is prepared to handle curbside contamination levels. But in California, where the facility was built under the assumption of cleaner material, it’s a different story. CarbonLite has responded by bringing in additional manual sorters.

Meanwhile, on the glass side, processor Strategic Materials relies on deposit material because it’s clean and typically pretty consistent in quality, said Laura Hennemann, vice president of marketing and communications for Strategic.

For example, in a Strategic Materials facility in the Northeast U.S. that relies entirely on deposit glass, inbound supply is down by 60% to 80%, Hennemann said.

The impact for the company varies by region, because some of the company’s facilities are more dependent on deposit glass than others. But even facilities that use primarily MRF glass are getting hit, she noted. Although consumers are recycling more at home because of stay-at-home orders, restaurants, bars, casinos and other large glass-generating businesses have shuttered, leaving a void in that sector of collection.