Over the last few years, plastics have very quickly become the public face of the waste pollution crisis. The quantities of plastics that are littered or leaked into the environment, seas and oceans each year is staggering (5 to 13 million metric tons per year). Europe alone produces 25.8 million metric tons of plastic waste annually, only 30% of which is collected for recycling. 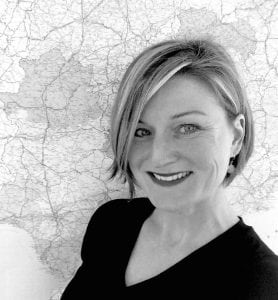 Although the full extent of the problems being caused by the ubiquity of plastic waste in the environment is not really known, it is clear that their growing presence has a significant potential to cause harm to both marine and human life. The phenomenon is made worse by the growing consumption of “single-use” plastics – those designed to be used only once before they’re discarded or disposed of as litter.

In an attempt to stem the stream of plastic pollution reaching our oceans, the European Commission adopted the Single-Use Plastics Directive (SUPD) on July 2, 2019. The policy tackles the 10 most commonly littered items found on European beaches (as well as fishing gear), and it sets various regulatory measures for these items.

The measures vary by product category, with some items subject to outright bans and others regulated through measures such as extended producer responsibility (EPR) frameworks, consumption-reduction targets, labeling and design requirements, and separate collection targets. The aim of these policy instruments is to address the root causes of plastic pollution by transforming the economics for manufacturers, so that they produce more sustainable packaging and increase the quality and quantity of plastics collected for recycling.

What do we mean by plastic?

The directive’s focus on plastic products is understandable, both scientifically and politically. 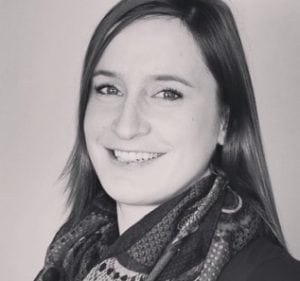 However, the current definition of plastic contained in the directive is potentially problematic, because single-use products of types that are in scope, but that are not “officially” plastic, will be exempted from its regulations. For example, the SUPD excludes “natural polymers that have not been chemically modified” from the definition of plastic. A recent study carried out by Eunomia Research and Consulting examined the case of wet wipes, as they offer a good example and analysis of alternative materials – non-plastics – and how they measure up in terms of environmental impact. In the case of wet wipes, the debate around exemptions has focused on two types of man-made cellulosic fibres: lyocell and viscose, both of which are effective substitutes for synthetic polymers.

Such loopholes, linked to the definition of plastic and the interpretation of the directive, could severely undermine the effectiveness of the legislation and could even backfire in environmental terms.

In addition to the risk of exempting materials with similar environmental impacts as those covered from its scope, the SUPD’s definition of plastic could incentivize manufacturers subject to EPR obligations to seek out material replacements that would exempt them from having to finance the cost of waste collection, treatment and litter cleanup. This would ultimately result in less money to municipalities, and cities will still be stuck with the responsibility of managing the single-use item even though it is technically not defined as “plastic.”

This story of loopholes and problematic definitions sits within a much bigger context of well-designed EPR systems, which are at the core of the implementation of the SUPD and are vital to ensuring that plastics and their value remain in the economy and out of the environment.

Of particular importance is the eco-modulation of fees, where manufacturers are rewarded for their efforts in designing their products to mitigate impact on the environment. Similarly, manufacturers will be penalized financially for single-use products or packaging that  is not designed for recycling.

Besides contributing to a reduction in plastic, fee modulation can support a shift to reusable packaging and a phasing out of hazardous substances in plastic. The European Commission is currently developing guidelines on the eco-modulation fees for EPR schemes (Article 8(5) of the Waste Framework Directive) in order to assist member states in the transposition of EU legislation.

The goal of the European Commission is to deliver policy that accelerates the transition to a circular economy. In the case of single-use products, avoiding waste in the first place should always be the primary goal, and measures should be put in place to spur behavior that avoids consumption and encourages reuse.

The SUPD is a historic opportunity for the EU to show its global leadership in addressing one of the biggest challenges of our time. It is essential that the discussion around definitions be contextualized in accordance with the SUPD’s main objective: to move away from single-use and toward a circular economy with efficient systems.

It would be tragic if littering or inappropriate disposal of items were allowed to continue, or if producers were able to evade their responsibility for such, by “innovating” around a set of definitions.

Clarissa Morawski is based in Barcelona and serves as the CEO of the Reloop Platform, which brings together industry, government, and nongovernmental organizations to form a network for advances in policy that accelerate the global transition to a circular economy for all resources. She is also principal of Canada-based CM Consulting Inc. She can be contacted at [email protected].

Samantha Millette is an environmental consultant specializing in the areas of waste management research, policy, and planning. She is the owner of Millette Environmental and can be contacted at [email protected].