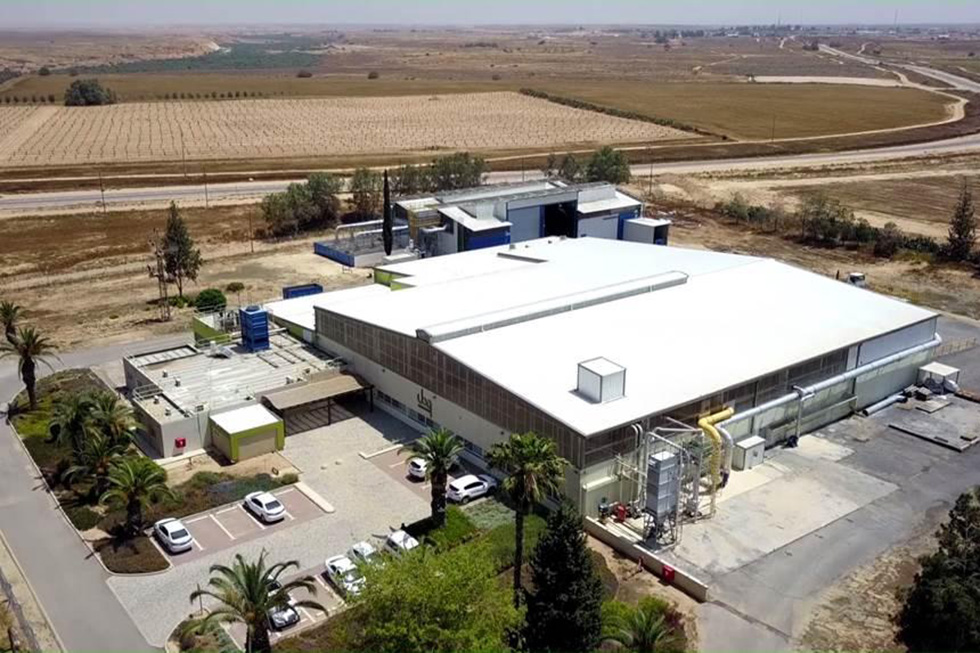 UBQ currently operates in Israel but is eyeing Virginia as a possible location for a large-scale facility. | Courtesy of UBQ Materials

A nascent company that uses the non-recycled waste stream as feedstock is looking to site a processing plant in the U.S.

UBQ Materials, based in Israel, has developed a process to convert municipal solid waste into a composite that is used in place of traditional plastic. The material is sold to companies manufacturing plastic boxes, shopping carts, pallets, pipes, panels and more.

One of the company’s end markets was recently highlighted when UBQ provided 2,000 recycling bins made of its composite material to the Central Virginia Waste Management Authority.

In an interview with Resource Recycling, a leader at UBQ said that after seven years of trials, the company at the beginning of 2019 launched commercial operations and began expanding its team and plant capacity.

UBQ has a goal of starting up the large-scale facility at the end of 2020, and it’s eyeing Virginia as a possible location for the plant.

UBQ currently operates a commercial facility in Israel, producing and selling the composite material domestically and abroad. That site has a capacity of 5,000 tons per year, according to the company.

UBQ’s process essentially breaks down the two streams of material to their core components, then bonds the streams together to create a composite material.

The organics are broken down into cellulose, fibers, lignins and sugars. “We combine these materials to create a bonding matrix,” said Tato Bigio, co-founder and CEO of UBQ Materials. The plastics are broken down and “melt into the matrix,” becoming one with the organic stream as a new composite material. 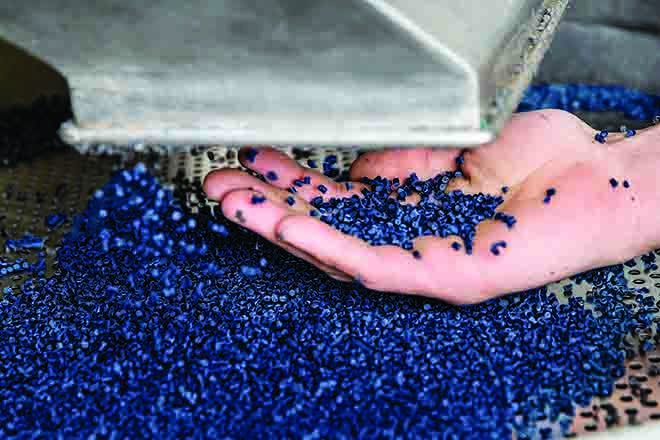 “Just like concrete is a composite made from cement, water and gravel, or fiberglass is made from plastics and glass, ours is also a composite material made from a number of materials that, when you combine together, they become a better material,” Bigio said.

The “breaking down” part of the process uses temperatures below 400 degrees Fahrenheit, Bigio explained, “which is considered a very low temperature to process material.” The traditional plastics industry often operates at higher temperatures, he noted.

The process doesn’t involve any combustion and doesn’t use a lot of water, Bigio added, because the waste stream already contains ample liquid. The process also doesn’t leave any residue – 100% of the feedstock is used in the process, according to Bigio.

UBQ’s process does not aim to replace source-separated recycling. In fact, the company prefers to handle the disposal stream from communities that have recycling programs in place.

“In places where they separate the waste, it is much easier for UBQ to control the stream,” Bigio said.

Although every community is slightly different, Bigio said waste streams are generally similar across the spectrum and that the company’s process will be able to accommodate small variances.

“When you take the mixed household waste, you will always find a similar composition of between 70 to 80% organics and 20 to 30% plastics,” Bigio explained.

But for recycling programs, UBQ offers a particularly valuable offer: The company will be looking to take contaminated material that is rejected by MRFs, using that stream as the feedstock for its own process. UBQ may charge to take the material, but that fee would be much less than a landfill fee, Bigio said.

“We will improve your business model, while we, UBQ, will treat everything you don’t want; it’s a win-win,” Bigio said. “We are complementing the recycling industry. We are not interfering in any way or shape.”

A version of this story appeared in Resource Recycling on October 15.