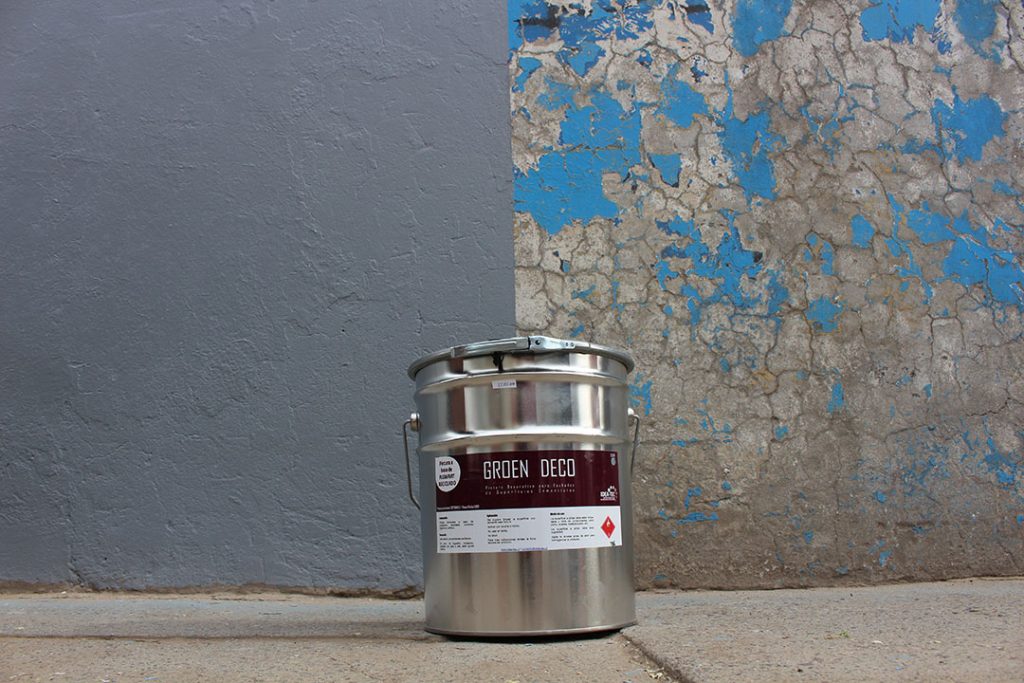 Idea-Tec is currently recycling about five tons of EPS per month, producing 25 tons of paint.

Two Chilean chemists are commercializing a technology they developed to recycle expanded polystyrene into paint.

The process used by Idea-Tec, based in Santiago, Chile, converts EPS into a key ingredient for paints used to color floors and walls and to mark lines on roads and parking lots.

Founded in 2014 by Cristina Acuña Rougier and Constanza Cifuentes Eaglehurst, Idea-Tec is currently recycling about five tons of EPS per month, producing 25 tons of paint. The company made its first sales in late 2018.

Origin of the idea

The founders started Idea-Tec with the goal of using their chemistry knowledge to develop a market for EPS, which isn’t recycled in Chile, Acuña Rougier explained.

They first tried to produce commercially competitive glues and varnishes from EPS, but the efforts failed, she said. “However, most of the standards for varnishes also are for paints, so the idea of a paint came from this experience,” she said. They began researching recycling EPS into paint and at the end of 2015 had their first small can of paint.

The feedstock they use consists of relatively clean EPS generated by both businesses and households. The business material comes from a couple of sources: production scrap from companies that cut foam to make molding that goes where walls and ceilings meet, and companies that generate used foam blocks that protect electronics and appliances. Once a month, Idea-Tec also receives EPS protective packaging from homes. 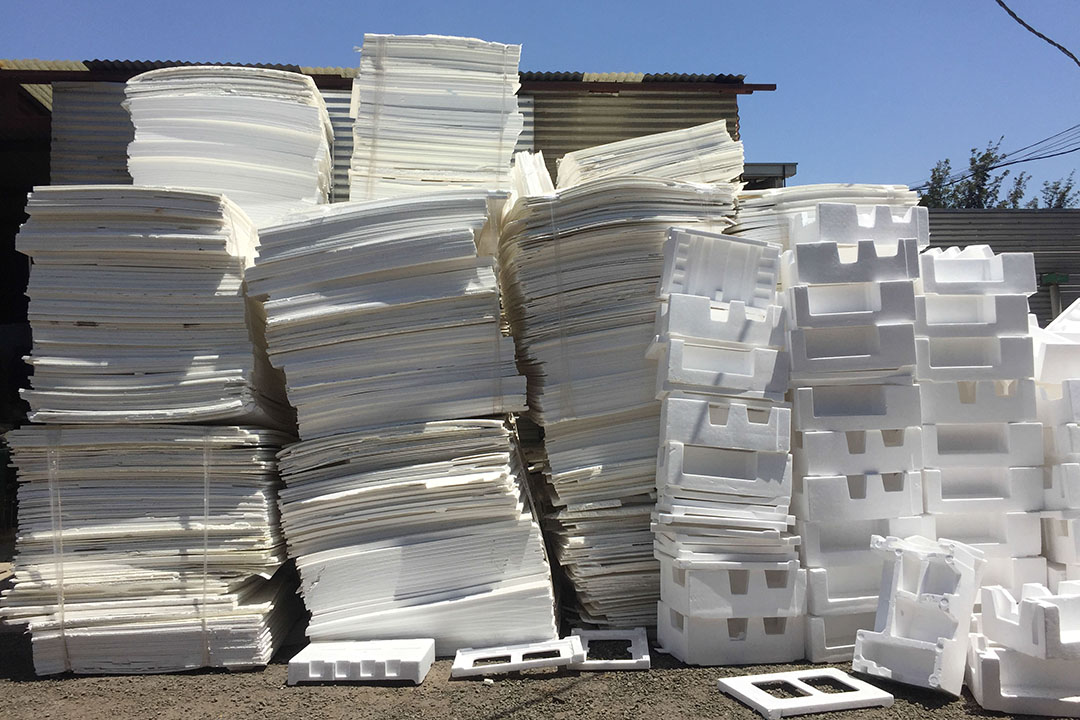 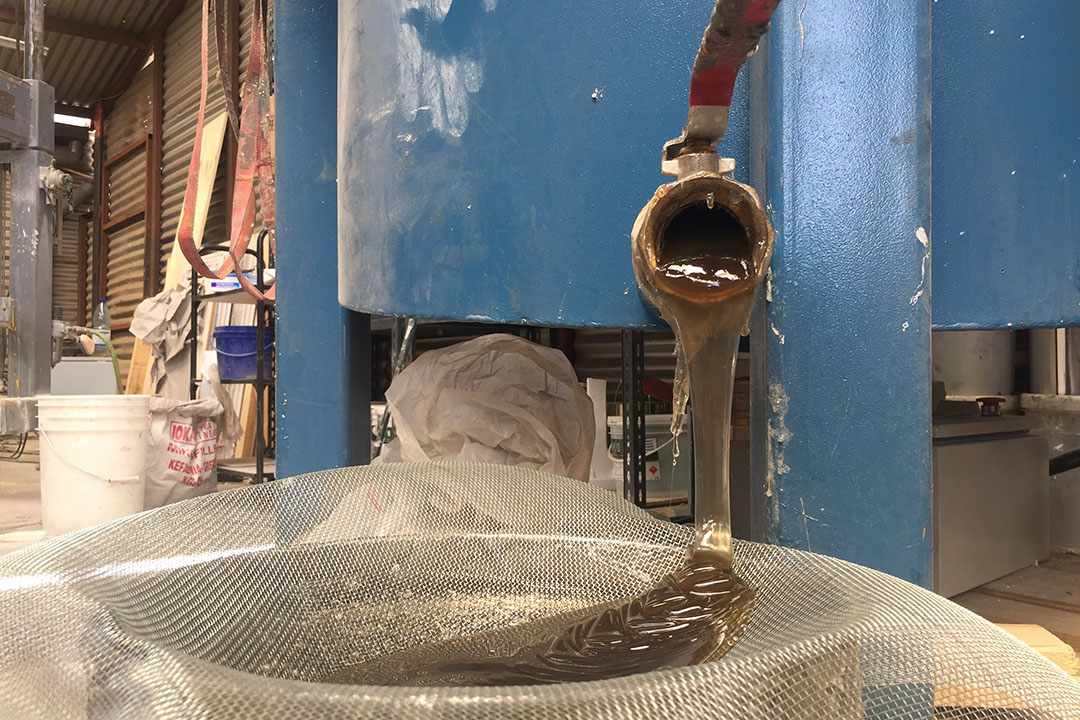 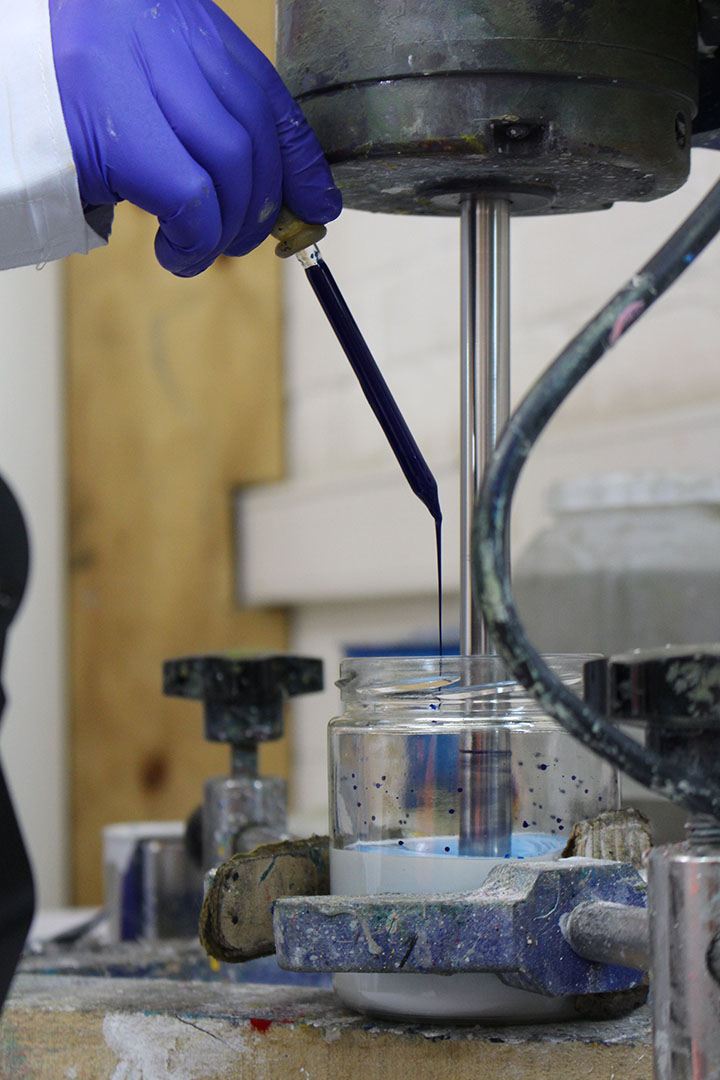 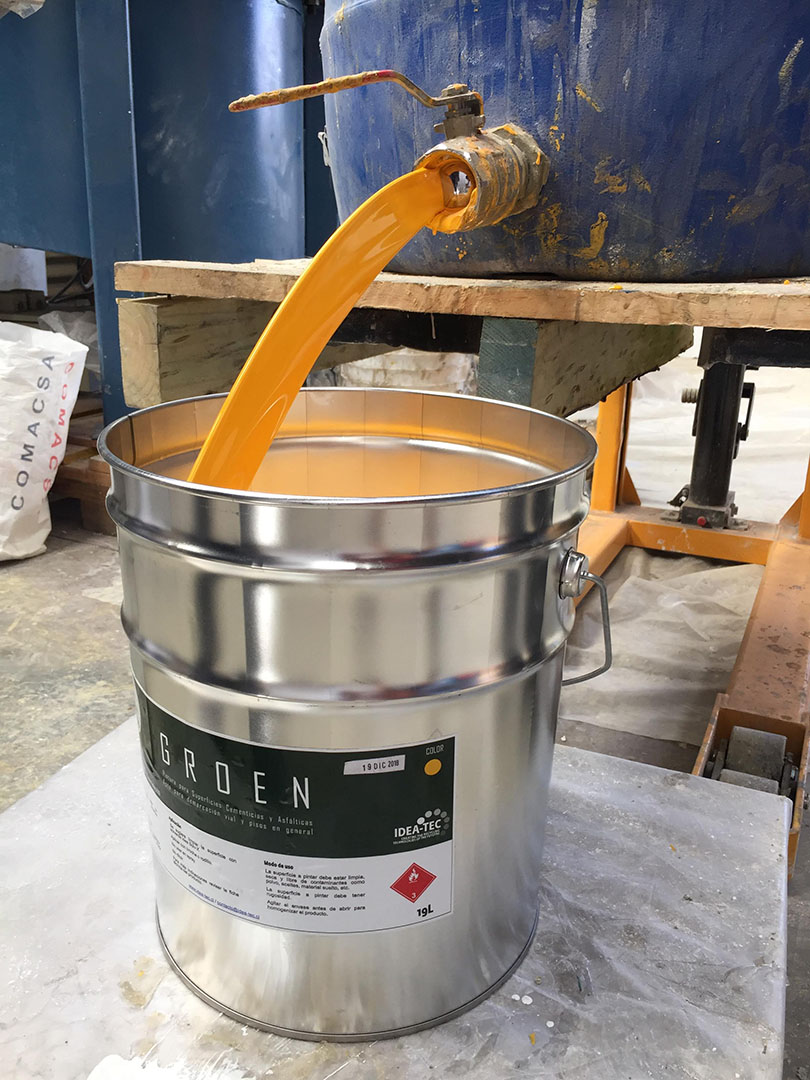 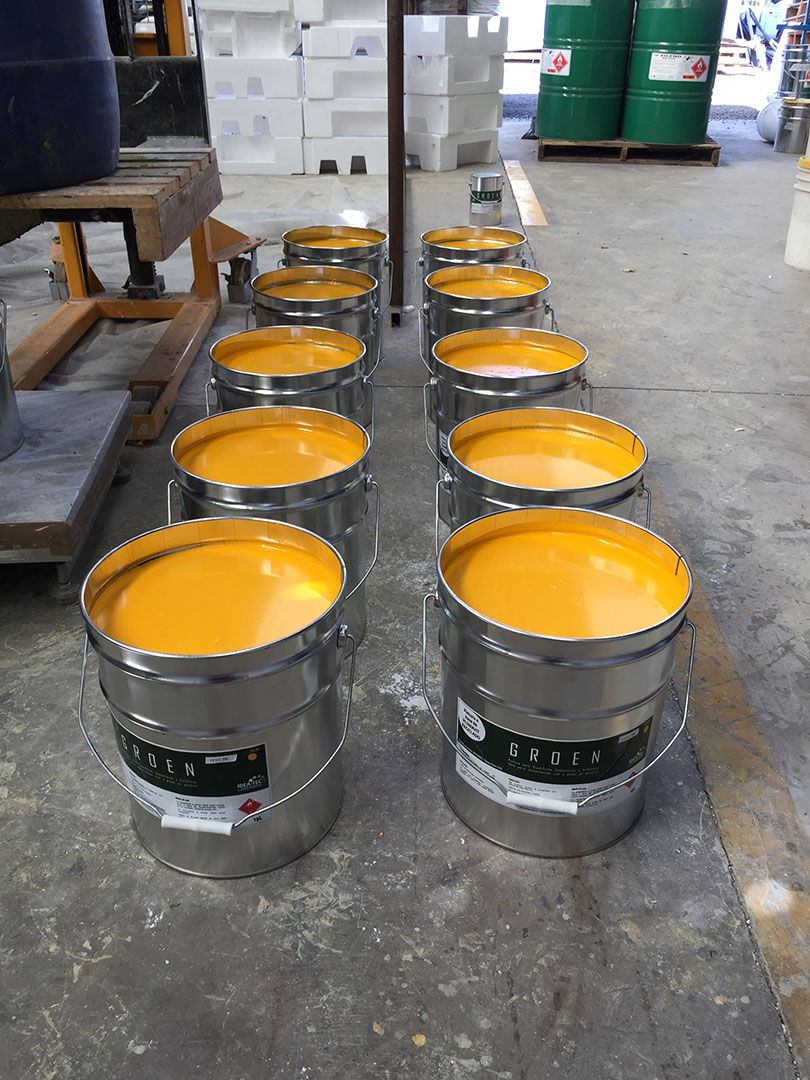 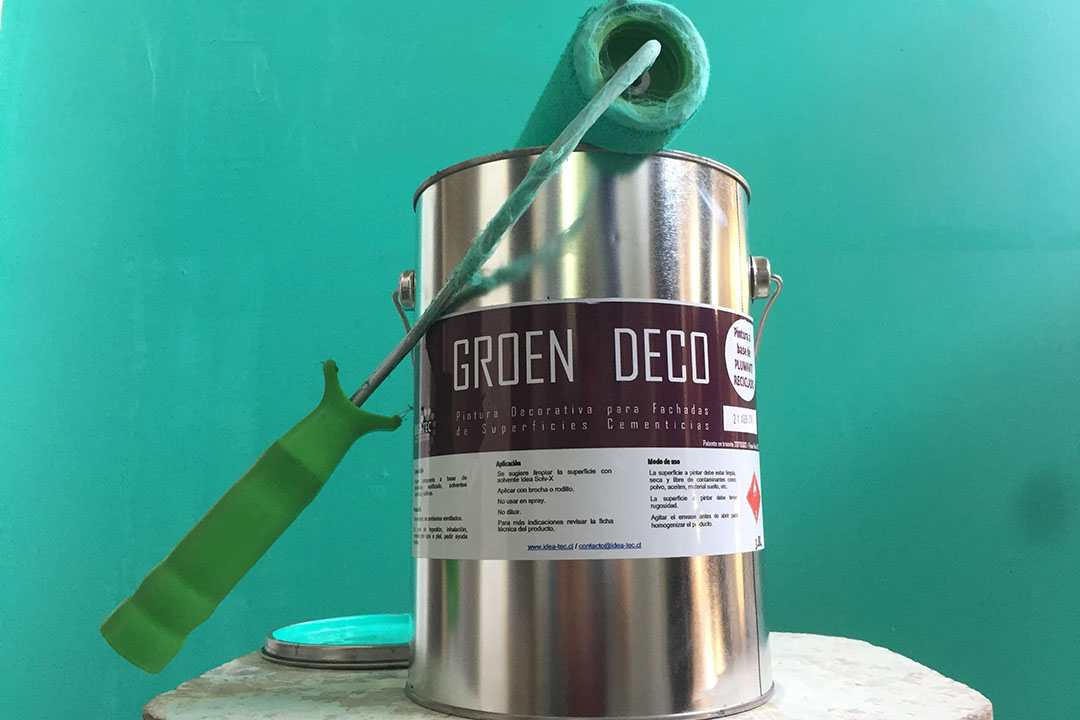 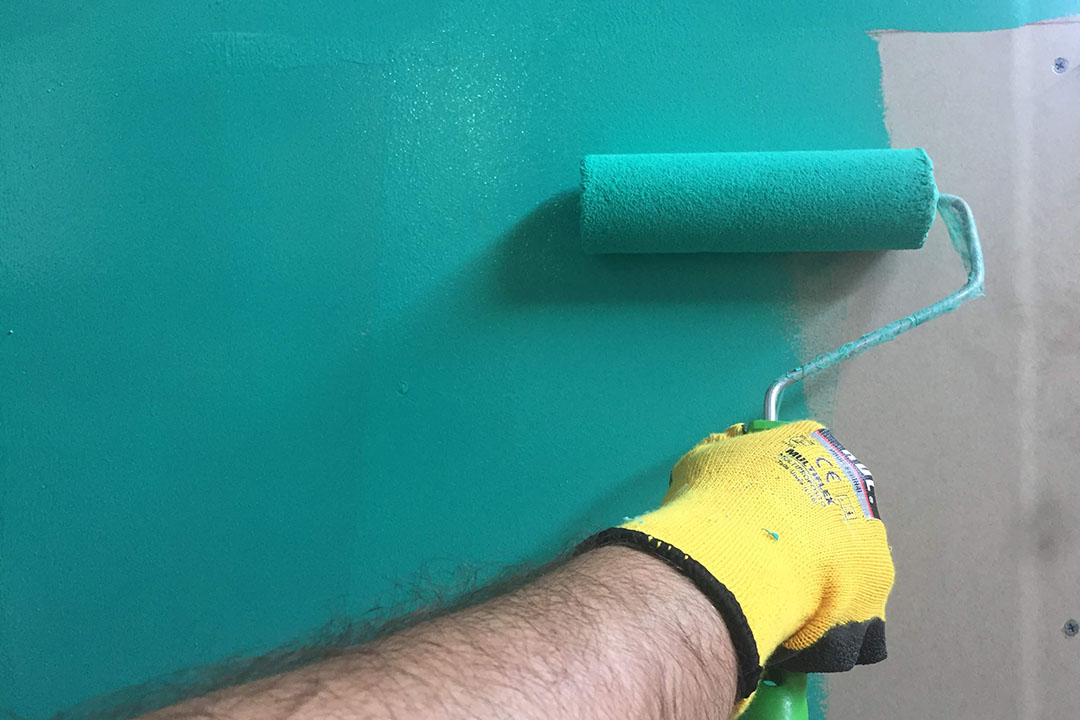 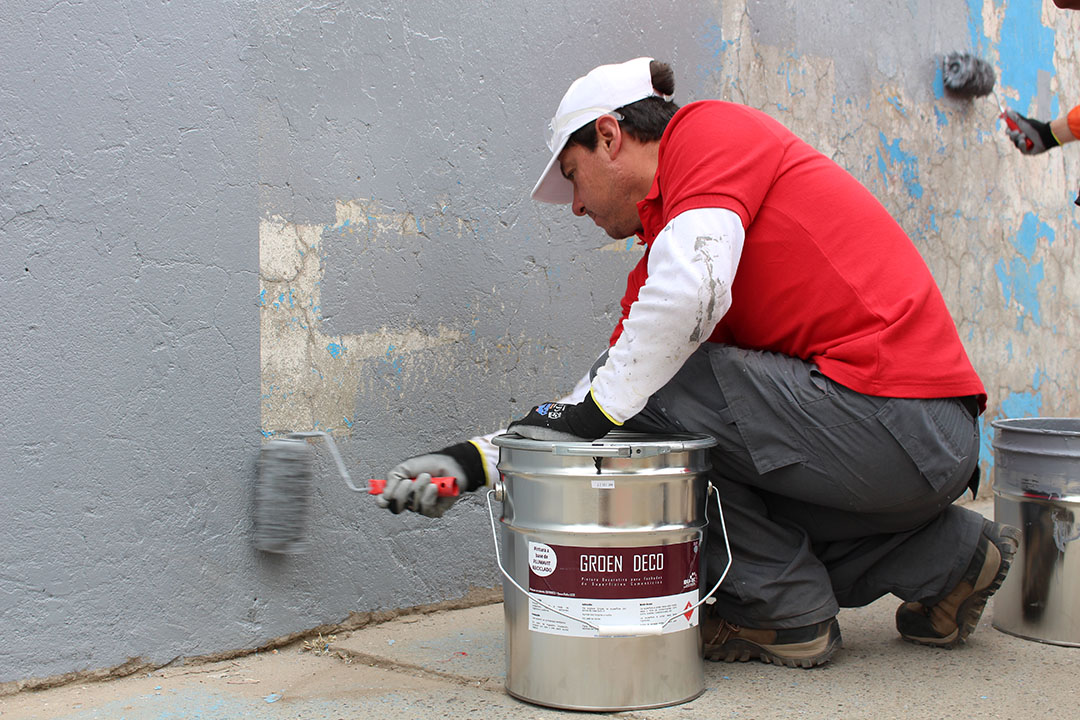 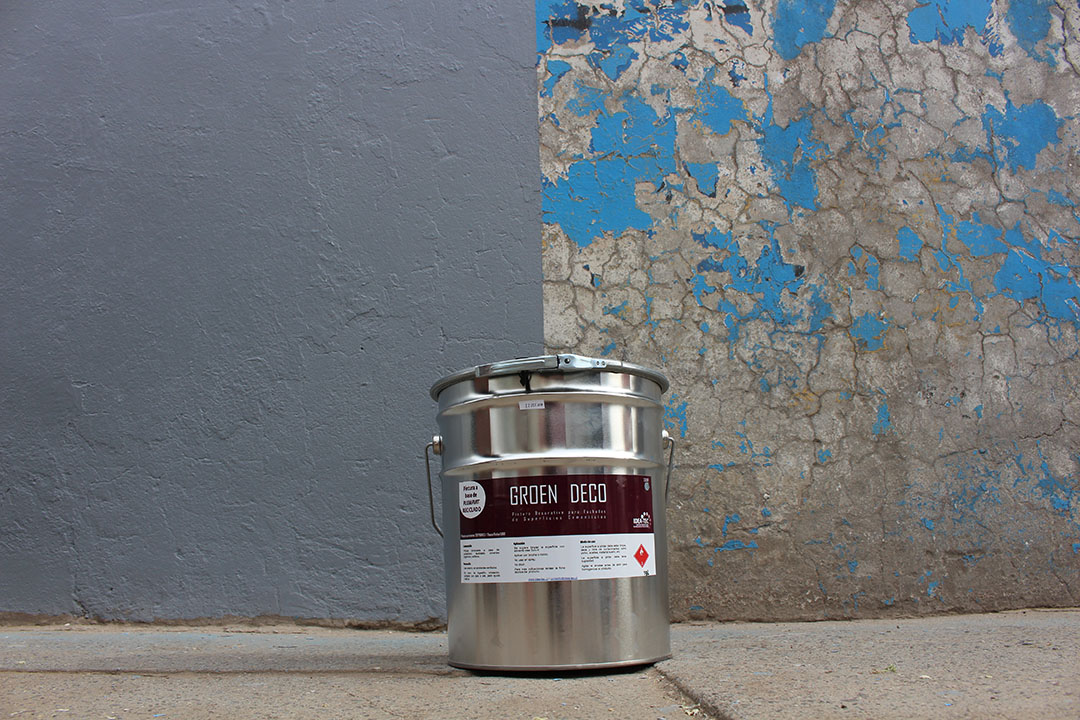 Acuña Rougier said the company developed a machine that cuts the foam and compresses it with different substances. According to an international patent published in 2018, EPS is first mixed with an organic solvent – a large variety of solvents can be used in this step. Then, impurities are separated by decanting. In the last step, pigments are mixed in using a dispersing agent, along with some amount of organic solvent.

An example from the patent application provides more details on the process:

A 46-gram batch of EPS is mixed with 42 grams of a solvent. In this example, the solvent is a 9-to-1 mixture of xylene and ethyl acetate. The mixture is left at about room temperature (77 degree Fahrenheit) for two days until impurities the impurities sink. About 44 grams of liquid floating over the solid impurities are then removed, and they are mixed with 1 gram of soy lecithin, 20 grams of the xylene-ethyl acetate mixture, and 16 grams of pigment (in this case titanium dioxide to make a white paint). The mixing occurs over about 15 minutes in an industrial blender working at 1,100 RPMs. Then, in the final step, the product is mixed with another 19 grams of the xylene-ethyl acetate mixture in the blender at 500 RPMs for 10 minutes.

Acuña Rougier said Idea-Tec has products with different PS concentrations, but the best-selling product is made with 20% PS.

Archdaily.com first wrote about the company and its technology in March.