In Our Opinion: Why deposits make sense for retailers

There’s no denying it; the world is experiencing a plastic waste crisis and it’s growing – but so is public awareness and action. 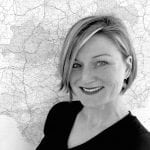 In June 2018, as part of its “Planet or Plastic?” initiative, National Geographic magazine devoted a special cover to plastic pollution, and since then, the issue of plastic discards has received more attention from the media, public and politicians than ever before.

As plastic grabs more focus on the international agenda, the momentum behind deposit return systems for beverage containers continues to grow. In July, the Scottish Government launched a public consultation on deposits to gather stakeholder opinions on how such a scheme for Scotland should work. And in May, leaders in the European island nation of Malta announced that up to 350 reverse vending machines would be installed across the county by 2019.

In addition, some of the world’s biggest economies are considering the strategy, and the Indian state of Maharashtra has already established a deposit network with endorsement by Erik Solheim, head of UN Environment. The implementation of deposit systems was also encouraged by the G20 leaders at their recent summit in Hamburg, Germany, as well as by Europe’s EPA Network and UN Environment. 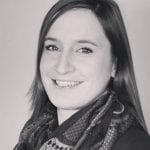 Earlier this year, we presented a look at why deposits make economic sense for beverage companies. In this article, we’ll lay out the details on why such systems can also be a win for another key stakeholder: retailers.

For decades, retailers have been amongst the most vocal opponents of deposit legislation, citing the inconvenience of taking back beverage containers and the cost of doing so. Another argument often put forward by retailers is that such systems will cause them to lose business as the collection and processing of empty containers will increase queuing times, leading customers to go shop elsewhere.

While some of these concerns might be valid, they prolong the myth that all retailers are opposed to the idea, and that deposit return systems are bad for business more broadly. In truth, deposits bring several benefits for retailers, and an increasing number of major retailers throughout the EU are pledging their support for these proven frameworks.

The Co-op and Iceland, both based in the U.K., were the first major supermarkets to throw their support behind a deposit system, doing so in November 2017. In April 2018, coffee chain Pret A Manger showed its support by trialing a deposit system for its plastic bottles in three of its stores in Brighton. The latest retailer to express its support is grocer Morrisons, which in July 2018 installed reverse vending machines at two of its stores for a six-month trial period. During this time, for every bottle returned, customers will receive 100 Morrisons More points in the form of a coupon, which can be redeemed in store, or customers can instead choose to donate the deposit sum to charity.

One reason why this support is growing is the fact that technology is making the returns process more efficient. While some retailers still rely on manual labor to collect and sort bottles and provide deposit refunds to customers, automated collection using reverse vending machines is increasingly common. These machines spit out a deposit receipt to be reimbursed at the cash register.

In addition to processing returns, retailers also have an important role to play in informing consumers about the system, including providing information on the deposit framework and refund point locations to their consumers at the point of sale.

In order to compensate retailers for processing container returns, most deposit systems offer handling fees, which cover expenses related to investments in extra labor (for manual collection) or for the purchasing or leasing costs of reverse vending machines. The fees also help retailers account for electricity costs, space requirements and additional personnel required to process the returns.

A 2015 report for Zero Waste Scotland estimated that although a typical deposit system brings an overall cost to retailers of between 28.5 million euros and 29 million euros per year, the handling fees paid to participating retailers could be as high as 37.2 million euros. This translates into a net income for the retail sector of up to 8.7 million euros annually.

A number of studies have also found that when retailers provide a convenient return location for used containers, they benefit from increased sales and consumer foot traffic.

For the survey “Shop Where You Drop: A Survey of Consumer Bottle Return Habits,” the New York Public Interest Research Group (NYPIRG) interviewed more than 1,100 people who were returning bottles and cans at supermarkets. The survey found that 68 percent of people were shopping where they returned their beverage containers, and 81 percent of those shoppers said that they shopped there more often.

In addition, the survey found that as many as 57 percent of shoppers had chosen that particular store because of the site’s convenient bottle return system.

Such sentiments were recently expressed by the owner of a Michigan-based grocery store company. In a case study presented by equipment maker Tomra, James Haines of retailer Central ShopRite said his store has benefited for two decades by using reverse vending machines and that “the recycling loyalty program has given our store a competitive edge. Customers started coming in to use our reverse vending machines and now [they] do their shopping with us.”

Besides making it easier for retailers to handle returned containers, today’s reverse vending machines provide retailers with an additional way to communicate with and engage their customers. The equipment allows retailers to offer in-store promotions to their customers using videos, images and websites to advertise and add coupons to deposit receipts. This encourages customers who may have only intended to return their empties to shop as well.

In addition, setting up a dedicated recycling loyalty program or integrating the recycling in an existing program is another alternative to enhance consumer engagement. Reverse vending machines can be set up to provide customers the choice of donating their deposit to charity or local organizations, offering valuable opportunities for the retailer to enhance their brand within the local community.

These marketing and consumer engagement activities can help a retailer to differentiate from other players and gain a business advantage.

Wheels in motion in EU

On May 28, 2018, the European Commission proposed the Single-Use Plastics Directive, which (among other things) outlines a target of 90 percent collection of beverage packaging by 2025 via deposit frameworks or product stewardship systems. The belief among policymakers is that such strategies can contribute significantly to waste reduction and help achieve high reuse and recycling targets while at the same time tackle marine litter. This has been demonstrated in countries with a deposit system, such as Germany, Sweden, Denmark, Finland, Estonia, Lithuania and the Netherlands.

As retailers struggle to contend with the public outcry over single-use plastic packaging, circular deposit systems may be the answer. When the benefits are considered, it is not difficult to see why support is growing for these proven systems, not only among the public but from retailers as well.

Clarissa Morawski is based in Barcelona and serves as the managing director of the Reloop Platform, which brings together industry, government, and nongovernmental organizations in Europe to form a network for advances in policy that create enabling system conditions for circularity across the European economy. She is also principal of Canada-based CM Consulting Inc. She can be contacted at [email protected].

Samantha Millette is an environmental consultant specializing in the areas of waste management research, policy, and planning. She is the owner of SAMI Environmental and can be contacted at [email protected].