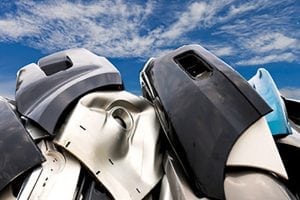 When a vehicle enters the end-of-life stream, its metals will probably be recovered. But the plastics are likely headed to landfill, despite the fact that many of them are high-value, high-performance polymers.

A project spearheaded by the Plastics Industry Association is intended to help change that.

The End-Of-Life Vehicle Recycling Project is working to recycle bumpers made out of thermoplastic polyolefins (TPO), modified polypropylenes with expensive rubber packages that give them special impact and durability qualities.

The effort has involved the use of a special de-coating technology and additives testing.

Project stakeholders spoke about the project during the Plastics Recycling Conference in February in Nashville, Tenn. Plastics Recycling Update published an in-depth article on the effort in the May print edition. The following is an abridged version of the article focusing on some of the technology aspects.

A New York State auto salvage yard in fall 2016 shipped 4,500 pounds of bumper plastic to  Geo-Tech Polymers, a Waverly, Ohio-based reclaimer. Among the methodologies Geo-Tech employs is a patented process for removing coatings and inks on plastic items before they’re recycled.

The TPO bumpers Geo-Tech received as part of the project were split into batches undergoing paint removal before pelletization and those shredded and left with the paint intact. The coatings removal step occurs after material has been shredded and granulated but but before it’s been melted and pelletized.

The company already had experience recycling post-industrial TPO bumper scrap. Sanjay Dutta, CEO of the company, said the key step in the post-consumer bumper project was the preparation of material, including removal of metal clips, nylon and other contamination.

After pelletizing the TPO, Geo-Tech performed preliminary testing of the plastics and found it “had desirable physical properties, including high strength, low moisture and high resistance,” according to a project report released in February.

The TPO was further analyzed by Midland Compounding and Consulting (MCC) of Midland, Mich. MCC compounded and tested a number of different TPO bumper streams, including pellet from Geo-Tech. MCC injection-molded the plastic and tested its physical, mechanical and rheological properties, comparing the results with BMW specifications. Based on the study, MCC saw good potential for the Geo-Tech sample, the project report states.

The company then compared the Geo-Tech sample with a different batch of post-consumer TPO bumper plastic provided by Ajax, Ontario reclaimer Post Plastics. The Post Plastics sample, which consisted of shredded plastic with the paint left intact, showed higher strength and impact resistance than the Geo-Tech batch.

“A primary contributing factor to the differences in mechanical properties could be due to the additional heat history of the pelletized Geo-Tech material,” according to the project report.

But the Post Plastics batch would be limited by its visual characteristics. MCC molded both samples into plaques. The plaque from Post Plastics’ shredded, painted plastic had an uneven surface appearance, limiting it to non-visible utility applications, the project report concludes.

Based on his research, Geo-Tech’s Dutta said he sees potential uses for the recycled TPO in a number of industries: consumer products, transportation, construction, decorative products and seasonal items. 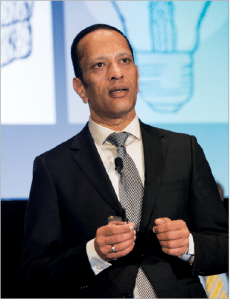 The post-consumer, paint-stripped TPO pellet had good enough qualities to go into at least one auto application: a secondary mud flap for a small-volume vehicle. But when Geo-Tech pellets were shipped to Toyota Motor North America’s R&D center in Ann Arbor, Mich. to be molded and tested, they failed to meet company TPO parts specifications, specifically in a couple of measures of strength. But according to the project report, Toyota team members still saw potential for its use in non-automotive applications.

Meanwhile, West Des Moines, Iowa-based molding company i2Tech created pallets from the paint-removed pellets and the shredded plastic with paint. “Both TPO samples processed much better than the material currently being used for this customer,” the project report states. But the shredded TPO was less consistent and presented processing challenges, including smoking and liquid oozing.

Kim Holmes, vice president of sustainability at the Plastics Industry Association, said the recycled TPO is also being considered for large-volume uses ATVs and UTVs (utility task vehicles). A manufacturer is currently looking at a potential direct drop-in replacement for virgin plastic.

“We could be talking about a million pounds a month of demand,” she said. “None of this would be made possible if we didn’t have the physical data and the pellets ready to go and put in their hands. So we are accelerating their evaluation of the material and the opportunities.”

The quarterly print edition of Plastics Recycling Update magazine is the premier trade journal for plastics recycling experts. It offers updates on the latest equipment and technology, details trends in the recovered resin marketplace, highlights the work of innovative reclaimers, and covers all the other critical industry news.