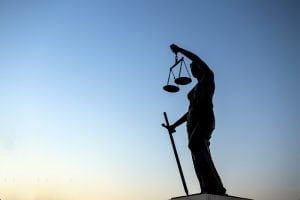 A former plastics-to-oil CEO has been convicted of tax evasion for failing to pay taxes on $14 million he obtained by defrauding investors, according to prosecutors.

A federal jury found Michael Sang Han guilty of two counts of tax evasion in U.S. District Court for the District of Columbia last month. Han served as president and CEO of Envion, a plastics-to-oil (PTO) company launched in 2004.

“Han convinced two individuals to invest nearly $40 million in his company, then used more than $14 million of that money to fund a lavish personal lifestyle,” according to a release from the U.S. Department of Justice.

Envion, which was active in Washington, D.C., Virginia and Florida over the years, claimed to have a patent for a machine dubbed the “EZ Oil Generator,” capable of converting plastics to oil. The company was profiled by several media outlets when Envion unveiled its pilot equipment in 2009.

According to CNN, Han stated the pilot plant cost $4 million to build and was capable of producing up to 60,000 barrels of oil per year. Oil was selling for more than $70 a barrel at the time, and Han told CNN the process could produce oil for as little as $10 a barrel. The Washington Post wrote about the company’s plans, noting that Envion’s plan was to “license the technology to municipalities across the country and eventually take it global.”

In subsequent years, investors grew dubious of the company’s claims, according to a grand jury indictment originally filed in 2015 and updated in 2017. The investors had put money into the company based on its claims that it owned the PTO patent and technology, according to the indictment. But they later learned Envion did not have such a patent, and it did not have the capacity to produce its technology during the period they were investing.

Envion is no longer operating (an unrelated company now operates using that name).

“As a result, he did not report any of the money he converted for his personal use on his 2010 and 2011 tax returns, thereby evading more than $4 million in tax liability,” the U.S. Attorney’s Office stated in the release.

The indictment initially included other charges of fraud and securities fraud, but those were dismissed during the proceedings. Han is scheduled to be sentenced in August. He faces a statutory maximum sentence of five years in prison on each count, as well as restitution and monetary penalties.

His attorneys did not respond to requests by Plastics Recycling Update seeking comment by press time.

One of the investors was former U.S. Secretary of Defense Frank Carlucci, who served in the Reagan Administration. Carlucci began investing in Envion in 2004, and over the years invested $32 million into the company, according to a lawsuit he later filed against Han and the company.

According to the suit, Han told Carlucci that high-profile investors including former presidents Bill Clinton and George W. Bush, Warren Buffett and Bill Gates were interested in the company.

Later, Han claimed the company had inked deals with major gas companies around the world. Those assertions turned out to be false.

Carlucci was awarded $37 million in a 2013 judgment. Some of Han’s assets were sold in response to the judgment, including the home in Palm Beach that sold for $5.35 million. Carlucci died earlier this month at 87.