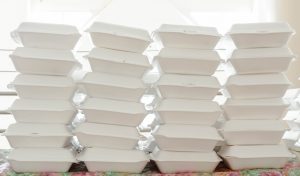 The Baltimore City Council on March 12 voted to approve an ordinance banning foam cups, plates, bowls, trays, clamshells and similar items starting 18 months after the law is enacted. The Baltimore Sun reported that Mayor Catherine Pugh, whose signature is needed to enact the law, supports it because it gives businesses a year and a half to comply.