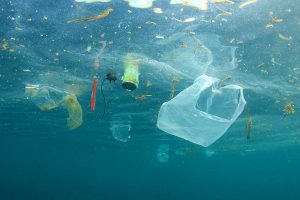 A Spanish plastics research institute has begun work on two recycling initiatives. One effort will target floating ocean plastics, and the other will recycle PE and EPS generated by businesses.

A new effort in Spain will fish plastics out of the Atlantic Ocean and Mediterranean Sea and study them for recycling potential.

The REPESCA-PLAS project will work with a dozen fishermen in the Atlantic port of Vigo and the Mediterranean port of Gandia. They’ll collect and return up to 300 kilograms (about 600 pounds) of marine litter to shore. The collection process will take up to seven months.

After the material is brought to shore, researchers from AIMPLAS, the Asociación Vertidos Cero and the University of Vigo will analyze its composition. They’ll examine how the material affects the reproductive systems of marine creatures, and study the potential to recycle the plastics into new products at industrial scale.

“The final result of the project will consist of analysing the different valorisation possibilities of plastic wastes and their possible applications, which will lead to the manufacturing of two types of demonstrative parts,” according to an AIMPLAS press release.

The project began on Jan. 1. It is partially funded by the European Union.

AIMPLAS is also coordinating a project to divert commercially generated plastics from landfill.

The project seeks to establish new recycled plastics value chains. Material will be collected using various strategies (shared container, door to door, reverse logistics, public drop-offs) at businesses in Hungary, Italy and Spain. Reclaimers in Hungary and Spain will recycle them for use in bags, pallets, and casing for electronics and electrical appliances.

“The project will implement an innovative management model to assist local authorities in decision making, and to provide companies with incentives to participate,” according to a project description.

Stakeholders will look at potentially replicating the efforts in Belgium, Croatia, Poland, Romania and Turkey. The project began is October and is scheduled to last through March 2020.