In My Opinion: Growth in Mexico makes sense for NAPCOR

Since its founding in 1987, our organization, the National Association for PET Container Resources (NAPCOR), has worked to expand boundaries while staying true to our foremost mission of protecting and promoting the PET package. 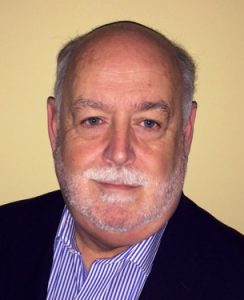 The decision to expand membership to include Mexico was a strategic one, and easy for several reasons. When I came into my role as executive director four years ago, I sought opportunities to continue to move the organization forward. We had a solid foundation and a highly engaged membership group from the United States and Canada.

PetStar SAPI de CV was prominent as the largest post-consumer recycled PET producer of food-grade material in the world and was active in the U.S. and Canada. Several NAPCOR members, including AMUT Group and Polymetrix AG (formerly a Buhler Group Company), were involved as equipment suppliers to reclamation plants in Mexico. Further, many NAPCOR members had satellite locations in Mexico. So, to some extent, this felt like a natural extension of our membership organization. Also, as a data-driven organization, we saw the value in deepening our understanding of PET material movement within North America.

So, NAPCOR amended its bylaws in 2016 to further expand its reach and include the PET supply chain in Mexico, with PetStar being our first member outside of the United States and Canada.

According to Jorge Treviño, managing director of ECOCE, a nonprofit environmental group of 24 food and beverage firms, the PET packaging market in Mexico is expected to grow at a rate of 3.8 percent in 2017. The country currently operates 18 PET recycling plants, representing a total investment of over $314 million.

As part of the North American PET marketplace, Mexico faces a lot of similar challenges and opportunities to those of the United States and Canada. For example, from a quality perspective, PetStar has created a library of PET packages they come across in their marketplace. Their research and development team identify these packages as preferred, not preferred and hard to recycle. This helps not only their front-line employees, but also provides a tool for communication with brand owners to encourage improved container recyclability.

According to ECOCE, of the 425,000 tons that were recovered for recycling in 2016, 60 percent remained in country, while 40 percent was exported. Over 50 percent of the RPET produced from recovered material is utilized as food-grade bottle-to-bottle production.

Our commitment to the PET market in Mexico was apparent this past November as our NAPCOR membership traveled to Mexico City and Toluca for our annual meeting, a significant achievement after the expansion of our membership just over a year earlier.

Soon after joining NAPCOR, Jaime Camara, PetStar’s CEO, offered to host a meeting at their headquarters in Toluca, Mexico. “As the first member to join from Mexico, we were very happy to be given the opportunity to host this event on behalf of NAPCOR,” said Camara. “It also gave us the chance to demonstrate progress toward our goal of zero waste by 2020, which we plan to achieve by neutralizing our carbon and water footprints.”

During the annual meeting, attendees toured PetStar’s state-of-the-art collection and recycling facilities and the company’s museum, which is dedicated to encouraging environmental awareness through the recycling of PET bottles. In addition to touring Mexico’s largest PET recycling plant and the world’s largest food-grade PET recycler, attendees observed first hand the company’s commitment to reclaiming 175 million pounds of PET bottles annually.

As an organization with a business-to-business focus, NAPCOR members had a unique opportunity to learn about the latest technologies and where they might apply to their organizations’ needs.

“We strive to provide all members with opportunities to learn from each other for the betterment of the PET industry,” said Tom Busard, NAPCOR chairman and chief procurement officer for Plastipak Packaging. “Hosting a meeting in Mexico was ambitious, but it gave our members a valuable perspective and reinforced NAPCOR’s commitment to our expanded North American membership.”

NAPCOR will continue to identify market opportunities to promote, educate and influence stakeholders to further PET as the material of choice. The group’s expansion into Mexico dovetails nicely with that mission.

Rick Moore is executive director of the National Association for PET Container Resources (NAPCOR) and can be contacted at [email protected].