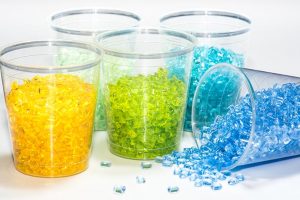 There is growing chatter that China’s ban on imports of many recovered plastics will grow the country’s demand for virgin resins.

Earlier in the month, the head of global polymer producer LyondellBasell expressed a similar sentiment.

He also said he anticipates the boost in virgin polymer demand increasing strongly in the first and second quarters of 2018, which correlates with the implementation of China’s scrap ban.

The predictions began almost immediately after the ban was officially announced in July. In an ICIS article, John Richardson noted that PE producers were “getting excited over the benefits of the ban.” He pointed to the 2.9 million short tons of recovered PE imported into China the year before, stating that the gap the ban would leave between supply and demand “is no small deal.”

However, the ICIS article also floated the possibility that the Chinese recycling industry will work to fill that gap. This has frequently been cited by Chinese officials as one of the goals of the recent import policy changes.