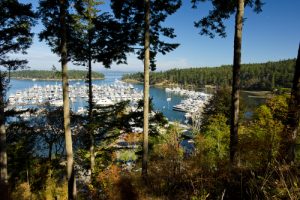 Municipal programs in the Pacific Northwest continue to feel the impacts of China’s import restrictions, and multiple local programs are halting acceptance of plastics and other materials in response.

A transfer station on Washington’s San Juan Island has stopped accepting glass, plastics and mixed paper in the face of China’s scrap policy changes. With no downstream for those materials, recycling officials say they will be landfilled for the time being. The station is operated by private contractor Lautenbach Industries, which made the decision after its downstream buyer, Recology in Seattle, said it would stop accepting the materials.

State officials in Oregon are granting exemptions to the state’s landfill ban on recyclables. A memo from the state’s Department of Environmental Quality explains companies and MRFs must make good-faith efforts to locate alternative markets before landfilling materials.

“When all options to find markets for recyclable commodities have been exhausted, DEQ concurs that landfilling these materials on a temporary basis is an unfortunate but needed option at this time,” according to the memo.