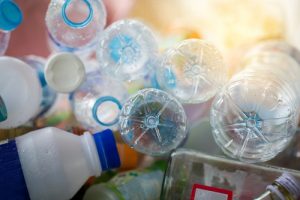 Experts in product stewardship for plastic items and other materials convened in Montreal last week to review the opportunities and challenges confronting current materials recovery initiatives.

The attendees at the Conference on Canadian Stewardship were provided both sobering and optimistic assessments of changes in how makers of packaging and products are involved in recovering obsolete items, such as electronics, paint, motor oil and recyclables collected from residents.

More than 120 EPR programs are operating in Canada today.

Geoff Love and Christina Seidel from the consulting firm EPR Canada surveyed the environment ministers from every province to assess the current level of EPR activities across the country.

The research findings show EPR is fully institutionalized in Canada. The results also show new concepts are being discussed within EPR programs, such as zero waste, the circular economy and climate-change actions, and with links to these notions being sought by some provincial EPR systems. The researchers also suggest opportunities now exist to expand EPR to include textiles, ozone-depleting substances and white goods (Quebec has added appliances to its EPR-program list).

“We see lots of opportunity and the time is now to move forward,” said Love.

One critical issue involves competition. The typical Canadian EPR program has only one producer responsibility organization (PRO) for a specific product in a specific province. Some critics say this monopoly may stifle innovation. In Europe, numerous EPR efforts provide for competition. For example, the EPR system for curbside recycling in Germany involves 10 separate PROs.

Because the conference organizers wanted to offer an assessment of current views toward EPR, they contracted with Rob Hutton from Innovative Research Group to survey key stakeholders in the numerous Canadian stewardship systems. This included seeking input from product makers, packagers, provincial and local governments, recycling collectors, processors and more.

The research results offer a straightforward assessment of EPR efforts, thus showing the inherent limitations and opportunities of such systems. The top-line observations were that EPR is a thing in progress – it has not yet been a failure nor a success. For many, EPR is principally a funding mechanism acting like a tax. The respondents noted EPR is really only about recycling, and not about waste avoidance and reuse. The principal limitations for EPR are governance and governmental policy, they said. Finally, EPR lacks a linkage to consumer behavior, and the stakeholders feel weak regulation and uneven enforcement are significant barriers.

Survey respondents pointed out other issues. Among the remarks were:

Glenda Gies, who heads Ontario’s new EPR regulatory authority, suggested “there’s dialogue among the provinces” and “harmonization is always considered” as new regulations are written, but as Dominique Potelle from Quebec’s EPR authority noted, “we have different challenges.”

EPR and the circular economy

The European Commission’s push toward a circular economy is being discussed widely in Canada and how EPR might fit in such an economy is receiving attention.

Michiel De Smet from the Ellen MacArthur Foundation in the U.K. pointed out how EPR systems will need to expand their scope within a circular economy. He told conference attendees “the current system is broken. We need to work on the upstream design as well as the downstream sorting and recycling.”

Joachim Quoden from EXPRA, the Belgian EPR agency, agrees with De Smet. He noted the European Commission sees EPR as “a pillar of the circular economy” but the new recovery goals are a problem. “I cannot see how some countries will make these targets in seven or eight years.”

For example, some want to move the plastic recycling target to 55 percent by 2025.

Quoden says the move to a circular economy involves far more than recycling. “The idea of banning some items is an extremely difficult topic,” he said. But such legislation will come if industry does not move.”

“The Parliament is strong,” he said.

For example, the consideration of deposits on plastic cups and fast-food packaging may be forthcoming.