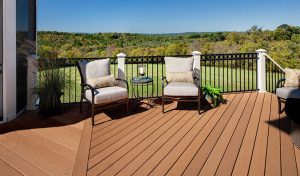 Advanced Environmental Recycling Technologies, a major end user of recovered PE, is being sold for more than $100 million.

Oldcastle Architectural will acquire Springdale, Ark.-based AERT for $117 million, according to a press release. AERT is a major producer of wood-plastic composite building products.

AERT has invested in recycling technologies to allow it to use recovered PE mixed with paper and other contaminates. The strategy reduces its feedstock costs and gives it a raw material cost advantage over its competitors using virgin plastics, according to AERT.

Oldcastle Architectural has 206 locations and more than 7,000 employees across the U.S. and Canada. The company noted that each of its subsidiaries “works autonomously to service their local markets, while leveraging the group’s best practices and resources.”

The transaction between AERT and Oldcastle Architectural is expected to close during the second quarter of 2017.