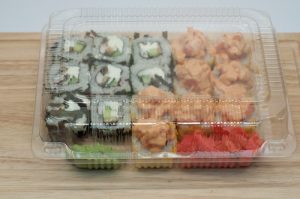 Following are brief rundowns of some of the recent bills in the Golden State that could affect plastics recycling companies:

Assembly Bill 319 prohibits retailers from selling plastic bottles unless their caps are tethered to the container. The legislation also allows bottles in which people can drink the beverage through an opening in the lid, as is the case with some water bottles and sports drinks.

Under the bill, the restriction goes into effect on Jan. 1, 2020. The bill was introduced Feb. 6 and has been referred the Assembly’s Natural Resources Committee.

The Association of Plastic Recyclers (APR) has, for years, recommended consumers leave their caps on when recycling plastic bottles. The caps are largely made of HDPE and PP, which can be separated from PET in float-sink tanks and later recycled.

Senate Bill 705 would prohibit food providers from providing prepared foods in disposable containers unless the container is accepted by the local recycling or composting program. Called the Ocean Pollution Reduction Act of 2017, the bill includes plates, cups, bowls, trays and hinged or lidded containers, but it does not include other single-use items such as straws, cup lids and utensils.

Under the legislation, the ban goes into effect starting Jan. 1, 2021.

The bill was introduced Feb. 17 and a hearing is scheduled on April 5.

Taking aim at plastic packaging, Assembly Bill 1594 directs the state’s Ocean Protection Council to complete a study identifying sources and types of ocean plastic pollution. The bill says the study must also include recommendations to the legislature on new laws or other strategies to reduce plastic pollution.

Introduced Feb. 17, AB 1594 has been referring to the Assembly’s Natural Resources Committee.