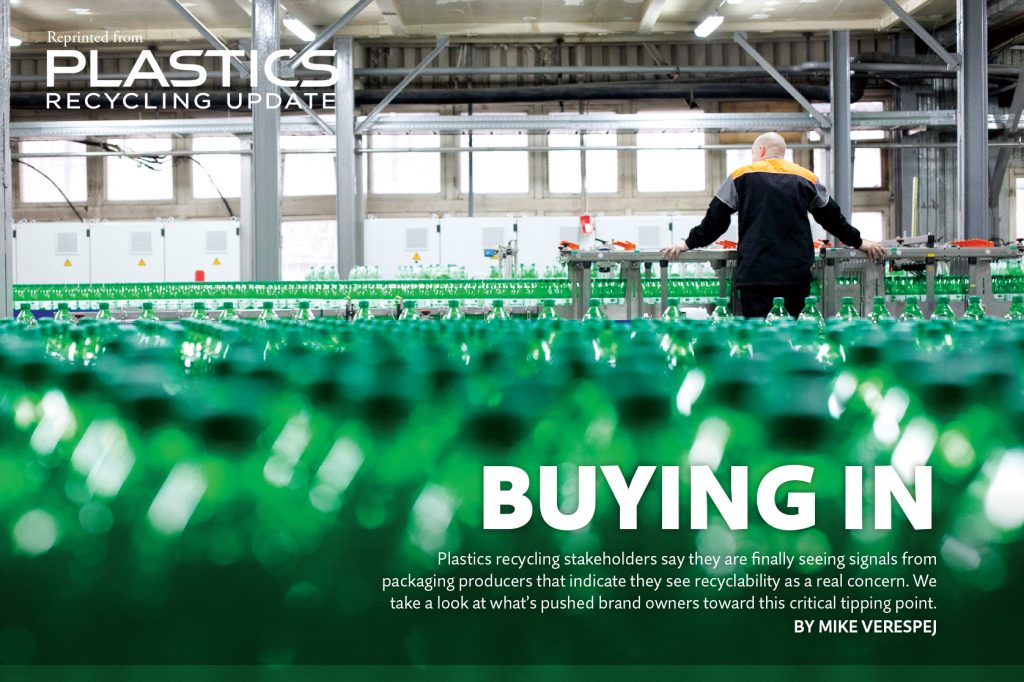 Is the plastics packaging industry set to enter an era where large brand owners are giving significant attention to recycling?

Materials recovery veterans know not to consider anything on this front a done deal until packaging actually hits the marketplace. But currently far greater optimism exists than in the past that market forces are aligning in a way that will lead to more plastic packaging compatible with recycling streams – and greater recycled content demand.

“All these different things could push the needle a bit by bringing engineers and sustainability departments together in the same room,” said Nicole Janssen, president of Portland, Ore.-based recycler Denton Plastics. “It has helped in educating the right people. We can see its impact from people who are reaching out to us with questions” about recyclability.

The Walmart playbook is a major factor bringing brands to the recycling table in a more meaningful way than in years past. The document encourages companies selling products on Walmart shelves to increase the use of recycled content and also recommends they work with the Sustainable Packaging Coalition (SPC) and Association of Plastic Recyclers (APR) to design packaging for recycling. Finally, it recommends use of consumer-friendly recycling labels such as the How2Recycle label “to show off the recyclability of the package.”

The playbook, which was released last October, is an indication that the world’s largest retailer is actively forging packaging and recycling interests together. In a period in which low oil prices and other economic factors have hindered the competitiveness of recycled resins, the Walmart initiative served as a much-needed jolt of enthusiasm for the industry.

“Walmart’s playbook has honed in on certain clear priorities, is more straightforward than in the past, and couldn’t have come at a better time because MRFs and reclaimers are having a tough time because virgin resin is so cheap,” said Scott Mouw, former state recycling director for North Carolina and now a Recycling Partnership staffer. “[Walmart’s] long-term commitment provides stability to reclaimers in a tough market and reinforces the importance of recyclability of packaging.”

In an interview, a Walmart executive said collaboration with industry groups is an important part of helping brands make recycling-centric decisions.

“The APR Design Guide provides best practices to help packaging designers and decision-makers design with recyclability in mind and to avoid designing packaging that may be problematic in recycling streams,” said Ashley C. Hall, senior manager of sustainability at Walmart. “And making a package recyclable is about more than just the material type used, which is why we encourage companies to start by using customer-friendly recycling labeling such as the How2Recycle label and to work with experts to address all the potential considerations into what makes a package recyclable or not.”

Another important aspect of the playbook is its specificity. By clearly noting environmental expectations and the steps brands should take, Walmart has created an outline of sustainability that it believes is the right approach for retailers, brands and consumers.

“The definition of sustainability has always been vague,” said Michael Westerfield, corporate director of recycling programs at Dart Container Corp. “But Walmart has defined for brands what sustainability is.” 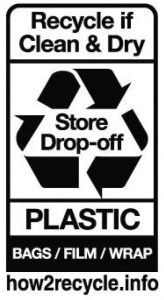 The How2Recycle label is now utilized by ore than 60 companies and was recommended in the Walmart playbook for suppliers.

While Walmart has given brands renewed reasons for considering recyclability and recycled content, APR’s efforts have ensured key members of the plastic packaging sector fully understand how recycling aspirations can become reality.

In recent years, the organization has pushed forward a training initiative that brings the realities of plastics recycling into the offices of packaging companies. APR designs custom trainings for each company. Representatives from the group meet first with executives from the packaging producer to get buy-in. Then APR holds a day-long meeting at the company site to train workers on what happens to packaging after it goes into the recycling bin, and how different aspects affect recyclability.

The organization hopes such training will leave the packaging company ready to make informed decisions on its own.

“Our goal is to have the APR design guide on the table at the first discussion of a new package or a packaging update in order to drive sustainability and recycling into the early discussion stage,” said John Standish, APR technical director. “Brand companies are the drivers because they design and specify packages. We want to make sure they understand the implications on recycling of what they do in the design process.”

Representatives of packaging companies that have gone through the APR initiative say the trainings serve as a wake-up call for many employees engaged in product design.

For example, after roughly 50 Dart engineers went through the APR training program, Westerfield said he received feedback from some that they previously had had no idea about how packaging was handled after it went into a recycling bin. Others were “shocked” to find out that existing optical sorters don’t recognize black plastics, Westerfield said, and some employees were helped by the training’s focus on materials recovery facility (MRF) flows and how a traditional float-sink tank separates PET from PP. 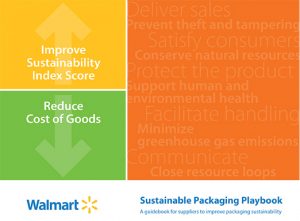 Walmart in October issued a playbook to suppliers that focused on recycling in several ways. Reclaimer say the action is driving heightened awareness of recyclability among packaging producers.

“Before, they might have thought they were making environmentally sound decisions, but they didn’t fully understand the recovery process,” said Westerfield. “With the training, they’ll now go into the process with their eyes wide open and make informed decisions. And we are taking the steps necessary to ensure that design for recovery is being incorporated into our processes.”

“We were amazed at how little our people knew,” said one executive whose engineers went through the program. “We realized their education about design was based on the manufacturing process, not on the recovery of material.”

Another consumer products goods company leader noted the following: “We didn’t realize how blissfully ignorant some of our rank-and-file employees were. And even people from brand management and procurement sometimes weren’t aware of the float-sink process or that PET floats in water.”

Leverage in a label

Another factor pushing design for recyclability to the forefront is the rapid growth in the use of the How2Recycle label, an initiative from SPC that uses a standardized set of terms and images to more clearly communicate recycling instructions to consumers. 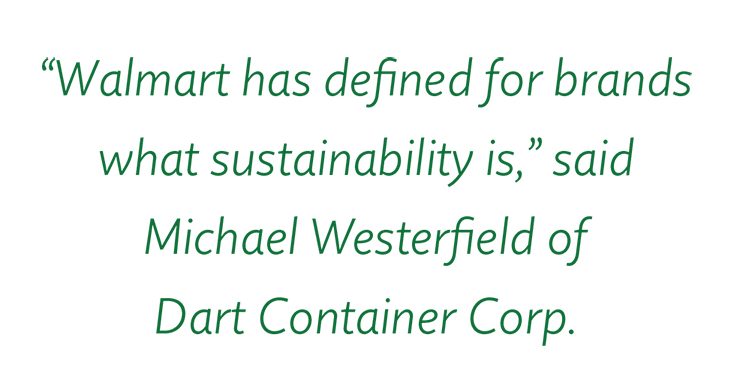 The label has gone from being utilized by 12 companies in 2012 to more than 60 today. In addition to Walmart, How2Recycle has received backing from Target, Procter & Gamble and Nestle, among other industry heavyweights.

“The people at SPC get credit for their dogged determination” in persuading more and more companies to come on board, said APR’s Standish.

And the label’s growth should only grow with Walmart’s suggestion that brands put it on their packaging and Walmart’s plans to roll out the label on its Equate and Great Value private label packaging. The company said that move came after discovering two-thirds of people don’t recycle empty packages if instructions aren’t printed on the package.

“We want to encourage labeling that gently reminds consumers with a visual cue,” said Hall from Walmart, “in hopes that more of the recyclable materials make it into recycling and more of the contaminants stay out.”

As more companies have adopted the label, its usage has expanded beyond food, cleaning supplies and personal care items, and it is now also utilized on pet foods, baby products, toys and other packaging outside the traditional grocery realm.

“The support of retailers has made a big difference,” agrees Kelly Cramer, senior manager at Green Blue, the SPC division that manages the How2Recycle program. “It is volume. So the more it is used, the more it becomes standard.”

Cramer added that growth of the label at both Walmart and Target, which is also using it on private-label brands, “will likely motivate peer companies to get on board.”

The reason: fear of seeing a decrease in shelf space. “There is nothing more sensitive to a brand than losing market share,” said North Carolina’s Mouw. And that could happen over the long term, he noted, if brands don’t put that label on their packaging, as the retailers want them to do. 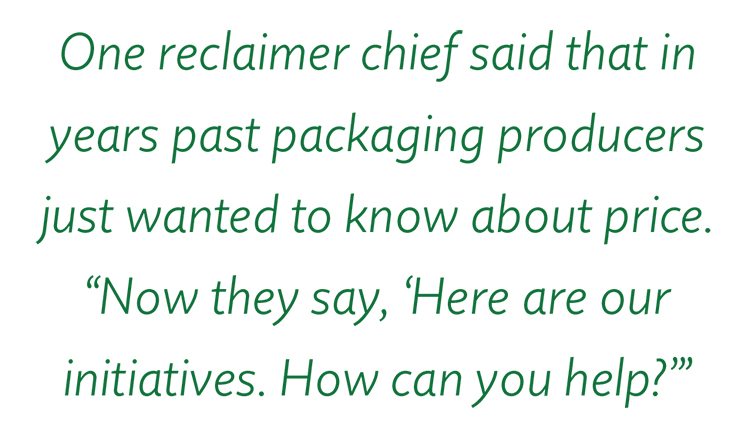 So how are things starting to change as these new drivers exert their influence?

At the reclaimer level, operators report a new attitude from brands. Packaging companies that are being pushed by Walmart and the heightened level of information on recyclability are coming to plastics recyclers with a deeper level of concern about the specifics of design.

“Brands are more open now to discussions on how to make their packaging more recycling-friendly,” said Scott Saunders, general manager of KW Plastics Recycling Division in Troy, Ala., which recycles high-density polyethylene and polypropylene. “We are working with four large consumer product companies in the personal care market. They want to make sure their design is OK with the recycling community.”

The top executive at Custom Polymers PET in Athens, Ala., said his company has seen the same type of surge in interest in the last six to nine months.

He said he has received some calls from brands right after going through APR training and that those packaging representatives wanted to know more about problems with contamination and how that affects the specific process at Custom Polymers PET.

“Together, these things – the APR training program, the Walmart playbook and the How2Recycle label – are getting brands and designers to think about recycling at the beginning,” said Geiger. “All these things have brought up the consciousness and awareness of the need for packaging to be recyclable. It’s encouraging. I think we’re definitely going in the right direction.”

And it’s a direction that is being called for even by groups that are outside the normal recycling feedback loop.

An initiative called The New Plastics Economy from the Ellen MacArthur Foundation and the World Economic Forum in early 2017 released its latest report on how the larger plastics industry needs to move forward to achieve circular economy goals. It noted that unless fundamental change comes to the sector, roughly 30 percent (by weight) of plastic packaging on the market will never be recovered.

“To make that shift,” the report stated, “the entire plastics packaging value chain needs to be involved – from packaging designers at the beginning … to recyclers at the end.”

But if these changes come, they won’t come overnight.

“It takes several years to get recycled content into the market” because design alterations typically occur only when packaging is being refreshed or when a new product comes into the market, said Saunders of KW Plastics. “But five to six years ago, we [the industry] weren’t even a participant in the discussion. Now, at least, we’re talking to them, and the dialogue has changed from ‘What do you have?’ to ‘How can we incorporate the materials you have?’”

Mike Verespej is president of MAV Business Communications. He can be contacted at [email protected]