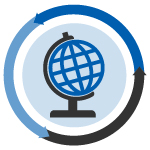 Residents of a settlement in Zambia collect and sell scrap plastics in place of a formal hauling service, and ag plastics recycling efforts grow in Australia.

Zambia: Residents of a settlement on the outskirts of Kitwe collect discarded plastic, as their community has no functional garbage and recycling collection service. A short video by Deutsche Welle shows how residents pick up material and sell it to collection trucks, which deliver it to a local factory that processes nearly 8,400 pounds of recycled plastic per day.

United Kingdom: A fire erupted at a Staffordshire plastics recycling facility, and environmental regulators told local news outlet StaffsLive the plant had been operating illegally. To make matters worse, fire investigators later revealed the plant had intentionally been torched by arsonists, according to the BBC.

Australia: Some agricultural recycling efforts are gaining steam in the state of Queensland, the president of an industry group writes in the Queensland Country Life newspaper. Certain manufacturers have launched takeback programs for their products, and local governments are also offering collection centers for plastic irrigation tape, chemical containers and more.