Equipment Spotlight: Comb through the mix to collect film 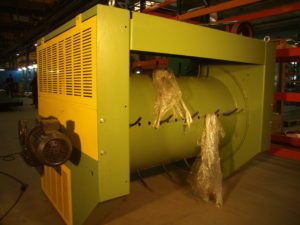 Equipment from Dutch company Bollegraaf Recycling Solutions goes fishing at the head of the stream to remove films.

The Filmgrabber is able to separate more than 70 percent of film larger than A4 (about the size of a sheet of standard office copier paper) from the single-stream mix, according to a Bollegraaf press release.

The machine consists of a rotating drum with a variable speed motor and protruding fingers, which comb through the materials and hook the film. After the film is lifted out of the stream, the fingers retract and the film is blown into a collection bin.

It allows for easier recovery of the film, and it prevents film from contaminating other streams of targeted materials.

A Filmgrabber was recently included in an upgrade to a materials recovery facility (MRF) in western France. Owned by Ecotri, the facility targets fibers, PET, HDPE, PS, PP, PE and films from 20 metric tons per hour of single-stream material (in single-stream collection systems, household generators place all recyclables in one receptacle). The facility is one of the largest MRFs in France, according to a press release.

The Filmgrabber is positioned early in the sortation system, before the pre-sort. From the Filmgrabber, material goes to a ballistic screen before it’s sorted by an optical sorter.