Q&A: Takeaways from a nationwide analysis 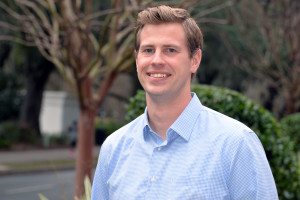 The State of Curbside Recycling Report offered one of the most comprehensive assessments to date of the factors affecting municipal collection. The lead researcher for the study discusses some of the statistics and surprises (see related story).

What are high-performing cities doing that makes a difference? Why are their programs collecting more weight?

First, each had some type of public action to influence curbside recycling. This could mean everyone got a bin or cart automatically, or that a community dictated that recycling was bundled with garbage collection when contracting through a private hauler.

What surprises came out of your research? Was there anything you thought would be a major driver of collection weights that turned out to not be all that vital?

I think the key surprise was that there wasn’t one obvious driver that jumped out at us.

Two communities could have the same type of program, but one of those communities could clearly outperform the other in terms of pounds per household per year. So, we adjusted our analysis and tried to understand some of the local management dynamics that can affect recovery.

For example, I thought there would be a closer correlation between municipal solid waste tip fees and curbside recycling performance. In general, one would assume high tip fees equal high recycling recovery. While that might be an important factor, it didn’t jump out as the one key factor driving recovery.

Are all the policy tools recommended in the report (required recycling service, public actions, as examples) realistic in areas where they may bump up against people’s deeply held beliefs and philosophies? It’s become pretty evident that in many corners of the country residents don’t like to be told what to do, and they will respond negatively when such policies are even proposed.

Well, the word “policy” sure can mean different things to different people! We don’t recommend any specific policy. The only recommendation that we have is that communities become involved in curbside recycling in some way — that is what we mean by “public action.”

It’s interesting this report was done in collaboration with the EPA. Do you think these recommendations are the start of what could be a universal model of recycling collection for the entire country?

We tried to be very clear that all recycling is local. So, it is hard to recommend a “universal model.” We do see specific things that should be focused on what the EPA can support. Some of those things include tools and resources to help local managers make decisions, funding for capital, and, most important, “reporting” so we can understand local needs better. A clear finding is that there is no one collection model that supports better recovery. However, there are certain attributes that do lead to higher recovery.

The report showed single-stream collection significantly outperforms dual stream programs from a weight perspective. Why? And are we simply seeing the weight of extra contamination being picked up?

Regarding contamination, that also wasn’t in the scope of the study — we did not look at contamination of each community because that information was not readily available from the majority of the communities surveyed.