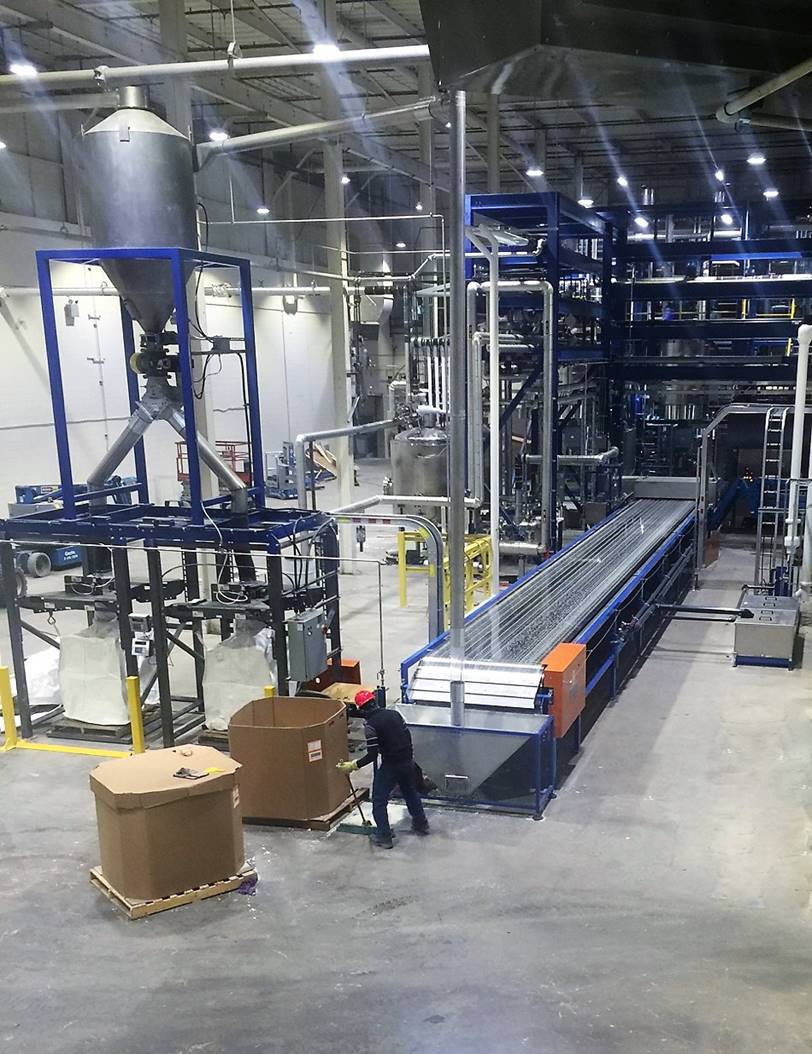 GreenMantra Technologies says its waxes, made from post-consumer plastics, can be used as additives to boost profitability for other reclaimers.

“We now have a really nice benefit on the processing side for the (reclaimers) increasing their throughput to save costs, but also a benefit to their customers to sell them a better-performing resin,” Domenic Di Mondo, company technical director, told Plastics Recycling Update.

The company opened a production facility earlier this year.

It also increased melt flow rate and elongation strength in the plastic, according to the company, which presented the results of the testing at an annual Association of Plastic Recyclers (APR) meeting earlier this month in Charlotte, N.C. GreenMantra is a new member of APR.