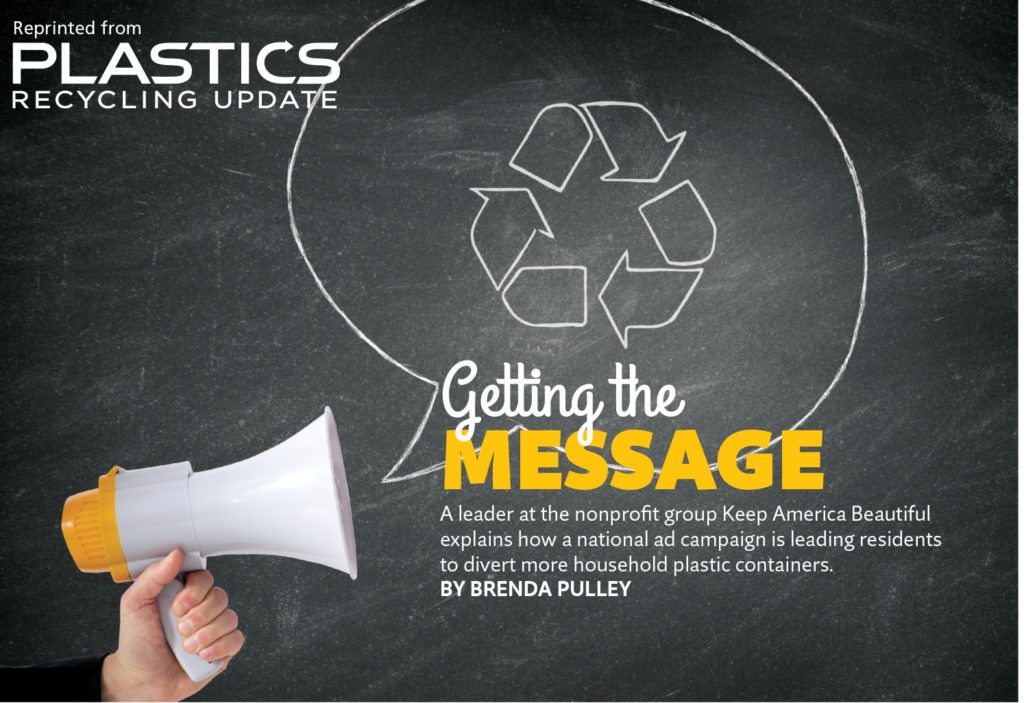 Imagine a plastic water bottle that dreams of becoming a pair of jeans or a plastic shampoo container that transforms into a hairbrush. These are some of the many destinies that could be fulfilled if more Americans took the time to recycle.

For over a year, Americans have been exposed to “I Want to Be Recycled,” an award-winning public service announcement and awareness campaign from national nonprofit Keep America Beautiful (KAB) and the Ad Council. The effort, which recently passed the $109 million mark in donated media, seeks to inspire the nearly two in three Americans who do not recycle regularly to make recycling a daily habit. It does so by showing how one can “give your garbage another life” by choosing to recycle.

It’s true recycling in America has its challenges, including fluctuations in commodity prices and a fragmented infrastructure, but KAB stands committed to helping Americans better understand recycling and its potential for economic, environmental and community benefits by working with all stakeholders – manufacturers; the waste management industry; local, state and federal government entities; and others – to make recycling more sustainable.

“I Want to Be Recycled” and other initiatives, such as America Recycles Day, are the pathways KAB uses to move toward recycling growth.

“Rather than trying to get non-recyclers to completely change their behaviors, we are focusing on trying to motivate ‘occasional’ recyclers to do a little more,” said Jennifer M. Jehn, KAB’s president and CEO. “Based on research to develop the campaign theme, we know that a national, consistent, emotional message will help motivate consumers to take that small step for big change, meeting a big need.”

Online and across the airwaves

The “I Want to Be Recycled” campaign includes TV (in both English and Spanish), radio, outdoor, online, social and mobile executions. The campaign website, iwanttoberecycled.org, provides a variety of tools and resources, including detailed explanations on how an array of products and materials can be given another life by recycling. It also offers a series of infographics that show the “journey” a plastic bottle or other recyclable object takes to become something new and the “Super Sorter” game, which demonstrates how a materials recovery facility (MRF) works.

Through the first nine months of 2015, more than 1.5 million individuals had visited the website to learn more about recycling. Moreover, the campaign’s social media presence continues to grow with 5,300 daily impressions on Twitter and a more than 725 percent increase in Facebook followers since the campaign’s launch. 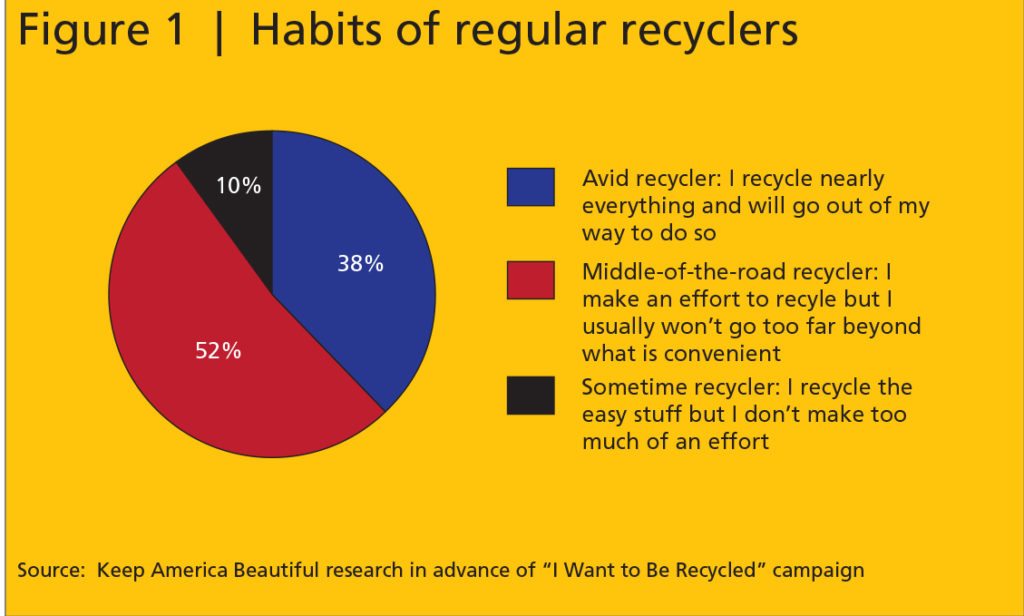 The campaign objectives are three-fold. First, it aims to generate awareness and understanding of how, where and what to recycle. It also strives to mobilize individual ownership and emotional connection to recycling. And, lastly, it has the goal of altering the way Americans recycle, transforming materials diversion into a daily social norm.

Those objectives required the campaign to be research-intensive, and the initial stages involved expert interviews and exploratory research. Further studies involved consumer insights that helped drive the campaign creative. Early research conducted in partnership with the Ad Council by C+R Research in the development of the campaign was clear: Americans want to recycle.

Approximately two-thirds of respondents to questions from campaign researchers said recycling is a very/extremely important issue, and they cited its potential positive impact on the economy, public health, the environment and waste reduction, among other benefits. Moreover, 61 percent indicated they “regularly” recycle. When current recyclers were asked about their behavior, however, about half (52 percent) described themselves as “middle-of-the-road” recyclers.

Further conversations with consumers confirmed that it was important for the campaign to focus on the positive change created by recycling. People made it clear they are motivated by personal reinvention and transformation, and they believe finding new uses for things they already had to be a part of that motivation.

The research also uncovered that the questions “occasional” recyclers had about the ultimate impact of recycling were largely driven by the enormity of the challenge. By focusing on the individual products to be recycled and the small impacts the “occasional” recyclers can make, the campaign could have the ability to help these individuals feel more invested in taking action. Making the act of recycling personal became a linchpin in the campaign strategy.

“Our consumer research showed that giving ‘trash’ a voice was motivating and communicated the idea that trash doesn’t just go away and disappear once it’s tossed away,” said Michelle Hillman, senior vice president at the Ad Council. “The idea that recycled items can turn into something new or something bigger was found to be exciting and inspiring to people.” 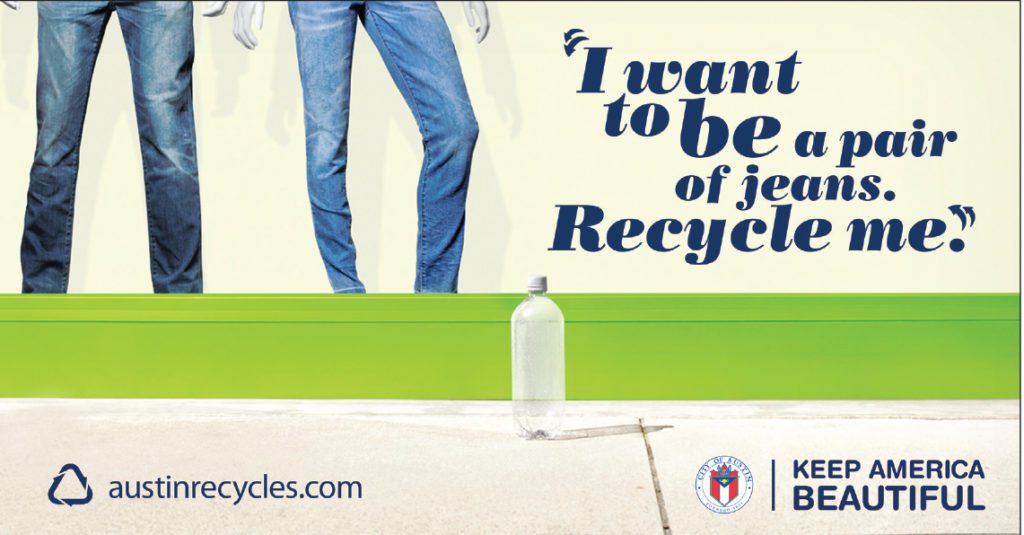 Another significant ingredient behind the campaign’s momentum in 2015 was a focus on some everyday but not “top of mind” consumer products, which can and should be given another life through recycling. These include many personal care items in plastic packaging that are commonly found in the bathroom, such as hair-care, body wash, shampoo and mouthwash bottles.

While a majority of respondents said they are aware empty bath and beauty bottles are recyclable, less than half (34 percent) report always bringing these items to a recycling bin. As a result, common bathroom products could be more likely to end up in landfills than their kitchen counterparts.

A series of new broadcast and digital PSAs was launched in March 2015, and the series aimed to address this issue by educating Americans how the recycling of bath and beauty bottles can fuel the development of recycled packaging for new products. It also showed the material can take new life and return as hairbrushes, backpacks or other consumer products.

KAB and the Ad Council are also taking the national recycling message to the state and municipal level.

Unique to this campaign, KAB and Ad Council have made campaign assets available to cities and states that can, in turn, localize them. One of the most significant partnerships is unfolding in the city of Austin, Texas. 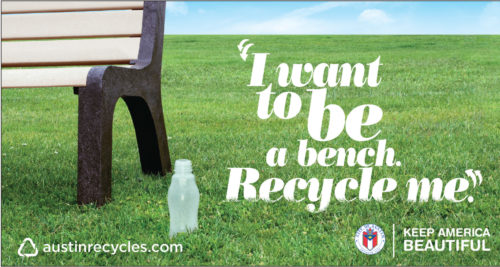 In an effort to help reach its goal of keeping 50 percent of discards out of landfills by the end of 2015, Austin signed on as a partner of the campaign in 2014. The City is working with its trash and recycling department, Austin Resource Recovery (ARR), to localize the campaign by distributing campaign educational materials to schools and other civic organizations.

In addition, KAB’s local affiliate, Keep Austin Beautiful, has been working closely with municipal officials in support of the educational part of the program. In fact, many of KAB’s community-based affiliates are utilizing educational materials on a local level.

The City of Austin has localized the campaign with the city’s branding, and the English- and Spanish-language campaign will direct audiences to austinrecycles.com. Here, Austinites can find tips and schedules for residential recycling and learn more about the recycling challenge.

“The ‘I Want to Be Recycled’ campaign has provided us with a great set of multimedia tools that are helping us raise awareness and address the ‘why recycle’ question as we pursue our aggressive waste reduction goals,” said Bob Gedert, director of ARR. “Education is such a key factor in the behavior change equation. Working with Keep Austin Beautiful to get our recycling message out to our local schools is an important element in making the program successful.” 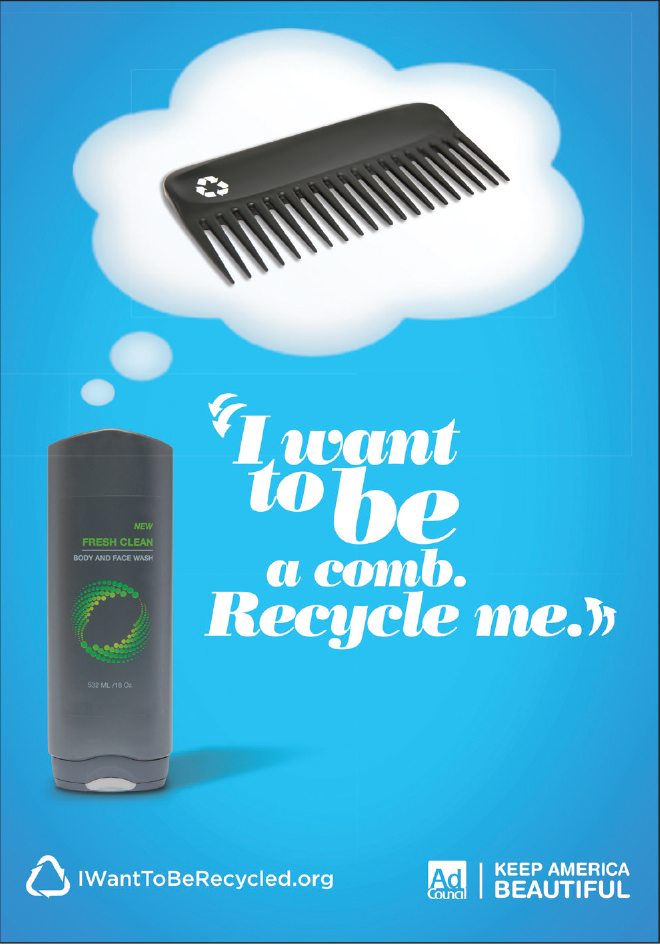 According to data collected by Austin officials, the time during which the campaign saw heavy media play corresponded to increased volumes of recycled materials per household, compared with the same time period the year before. Surveys also showed recognition of campaign advertising increased from 25 percent to 44 percent from May through September 2014. Moreover, there was a statistically significant increase in agreement among survey respondents that: 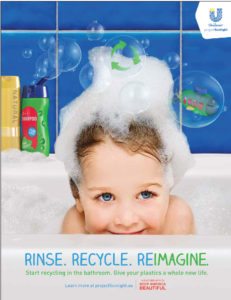 The national “I Want to Be Recycled” campaign is among the most highly ranked public service programs in the past two years, recently scoring No. 1 in donated media on network cable, No. 2 in local broadcast and No. 5 overall of nearly 80 current Ad Council-supported campaigns.

As with all Ad Council campaigns, “I Want to Be Recycled” is measured on exposure, awareness, engagement and impact by continuously tracking changes in attitudes and behaviors.

Sponsors of the “I Want to Be Recycled” campaign include the American Chemistry Council, Dart Container Corporation, Niagara Bottling and Unilever.

Brenda Pulley is senior vice president of recycling at Keep America Beautiful. For more information about sponsoring the “I Want to Be Recycled” campaign or exploring how governments and other partners can utilize the campaign assets, contact Pulley at
[email protected]