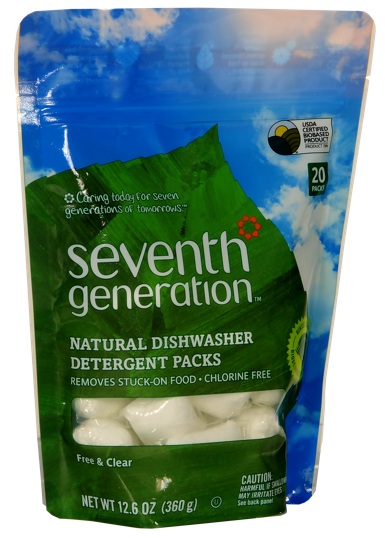 Dow officials say more brands are beginning to adopt its recently released stand-up pouch, which is made from one polymer and is recyclable through retail bag drop-off locations.

The polyethylene “Recycle Ready Pouch” is currently in use to package frozen chicken in Mexico and dishwasher detergent pods and nutraceuticals in the U.S. Dow sells the resins and adhesives to packaging manufacturers, who use them to create the pouches for customers.

“All of the things that consumers are used to are still present, but it has the added benefit of actually being compatible with the bag-recovery systems that exist today,” Jill Martin, development fellow for Dow Packaging and Speciality Plastics North America, told Plastics Recycling Update: Technology Edition. “I think that’s a pretty important value proposition not just for the consumer but also for the (consumer packaged goods companies) who are looking to improve their own sustainability footprints.”

The development is significant because pouches made of multiple materials have inhibited recycling, prompting industry efforts to research and develop ways to recover them. Dow is also helping to fund a study into how sortation technologies are able to handle pouches.

The Recycle Ready Pouch is qualified to use the How2Recycle label, a standardized label created by GreenBlue’s Sustainable Packaging Coalition to provide more detail on recycling an item than the traditional chasing arrows symbol.

Question: What types of products are being packaged in this pouch?

Jill Martin: We’re primarily focused on what we call the dry goods market, what most people commonly call cereal, crackers and cookies. But we’ve also seen some success in other areas such are frozen foods. Our first commercial success in North America was actually with a dishwasher pod [for Seventh Generation].

Question: When did these first hit the shelves?

Martin: We actually had our first commercial success with the Recycle Ready – or the PE pouches, we called it at the time – in Latin America. And this was in cooperation with Tyson and Printpack, a converter, and is for frozen chicken. So if you happen to be in Mexico you would find that the [pouch] is on the shelves for Tyson for frozen chicken. That was in the 2013 time frame. For the U.S. market, the first product to hit the shelves was actually Seventh Generation dishwasher pods, which was launched in June of [2015]. The second one is actually from a company called Beyond Organic and that is for a nutraceutical application. It was just in September that it hit the shelves.

Question: How long did it take to develop the product and what were some of the challenges that Dow encountered?

Martin: For the development in the U.S., it was about 15 months. When we talk about the challenges especially with the development, it was fundamentally about being able to do the qualification that’s required by the end user, in this case somebody like Seventh Generation. We have to make sure the film structure is robust enough to make it through the package-forming process. We also have to make sure it has the right shelf life. … In addition to that, the development obviously included time to work with the Sustainable Packaging Coalition to make sure that we could actually qualify this for the How2Recycle label.

Question: Do the products that are currently on the shelves in this pouch have the How2Recycle logo on them?

Martin: The Seventh Generation one, yes it does, as well as the one from Beyond Organic.

Question: Does this pouch have multiple layers? Is there a food contact layer and an outer layer?

Martin: Absolutely. It’s a multi-layer material and it also is a multi-component, multi-layer material. You have an inner-layer which provides the sealability or the tightness for the package to make sure that you’re giving it the right shelf life. But you also have other layers that provide other key performance attributes that would make sure that, structurally, it’s intact. So you have higher-density materials to make sure it stands up on shelves, and you also have some other layers which help with the abuse resistance. All of which are very important to make sure the packages are robust enough.

Han Zhang: First of all, we’ve tested the recyclability of this PE stand-up pouch and we tested it with a recyclable material manufacturer and the result shows that a PE stand-up pouch would be acceptable to include in this existing PE recycling stream. Since the technology used by the brand owner and the label is carried on their products, we don’t necessarily have the data on how many of these are collected for recycling. … The success of the How2Recycle label is measured through survey feedback from consumers, retailers, participating companies and local governments and any other interested parties, with a specific focus on consumer understanding and behavior. The most recent How2Recycle annual report, which covers 2014, shows that more than 70 percent of survey participants expressed a positive experience with the How2Recycle label and more than 50 percent of them said they would change their recycling behavior if a How2Recycle label is on the package.

Question: Are there any plans in the works in the future to have recycled content in these pouches?

Martin: You can imagine that the people that are making these films are always trying to use post-industrial reclaim, their own plant reclaim. Certainly a thought process that would enter many film converters’ minds is to look at the availability for (post-consumer resin), but it still has to preserve the functionality that it delivers today, even if it has PCR in it.