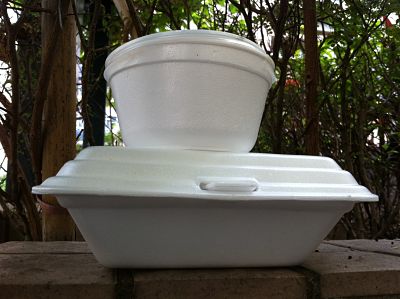 After reviewing the validity of New York City’s ban on expanded polystyrene (EPS), a judge this week repealed the controversial law less than three months after it went into effect.

According to a 15-page ruling from New York State Supreme Court Justice Margaret Chan, the City overlooked “abundant evidence showing a viable and growing market for not just clean EPS but post-consumer EPS material.” The case was the result of a legal petition filed in April by the Restaurant Action Alliance.

New York’s ban had gone into effect July 1 after the administration of Mayor Bill de Blasio approved the action at the beginning of this year. In the months leading up to that decision, EPS manufacturer Dart Container aimed to convince city officials to institute a recycling program instead, and the company guaranteed the city that Indianapolis-based Plastics Recycling, Inc. (PRI) would buy and process all post-consumer EPS sorted and baled by the city for five years.

Before the ban was announced, Kathryn Garcia, the commissioner of the Department of Sanitation (DSNY), wrote to de Blasio that she had concerns about the timeline and duration of the arrangement as well as the buyer’s ability to recycle post-consumer EPS.

However, in her ruling Chan asserted recycling the material is “beyond the pilot program stages” and Dart’s offer to effectively subsidize its recovery, to the tune of $23 million, “benefits the city of New York, even if it is a bigger benefit to Dart’s self-interest.”

According to Chan, the City ignored prior research and evidence from PRI that a larger market for post-consumer EPS “is on the rise,” leading Garcia to a “conclusion reached arbitrarily and capriciously.”

New York leaders have pledged to fight the decision, telling the New York Daily News EPS products “cause real environmental harm and we need to be able to prevent nearly 30,000 tons of expanded polystyrene waste from entering our landfills, streets, and waterways.”

“We are reviewing our options to keep the ban in effect,” a city spokeswoman told the Daily News.

Recycling EPS in curbside collection programs is a rarity in the U.S. Outside of California, which has over 60 curbside programs accepting EPS, San Antonio is the only large city that also allows residents to put some foam in curbside bins.

Due to challenges in sortation, as well as reclaimer preference for clean, separated material, most post-consumer EPS collection is achieved via drop-off locations in the U.S.

“The Styrofoam cups, the meat trays and egg cartons from grocery stores, all those can be recycled in our program,” Edmonds said. “We do not want anything that has food [on it], so a to-go box that’s saturated with grease needs to be thrown away.”

Edmonds also said residents are not allowed to recycle EPS packing peanuts and packing blocks through San Antonio’s single-stream curbside program. Those items are prohibited due to sortation issues.

Barring a successful appeal of Chan’s ruling, New York will now be tasked with including EPS in its curbside program.

In a press release sent out on behalf of the Restaurant Action Alliance, Dart maintains its “offer to pay every dime of the start-up costs for recycling, and to ensure the city can sell its recycled product, stands.”