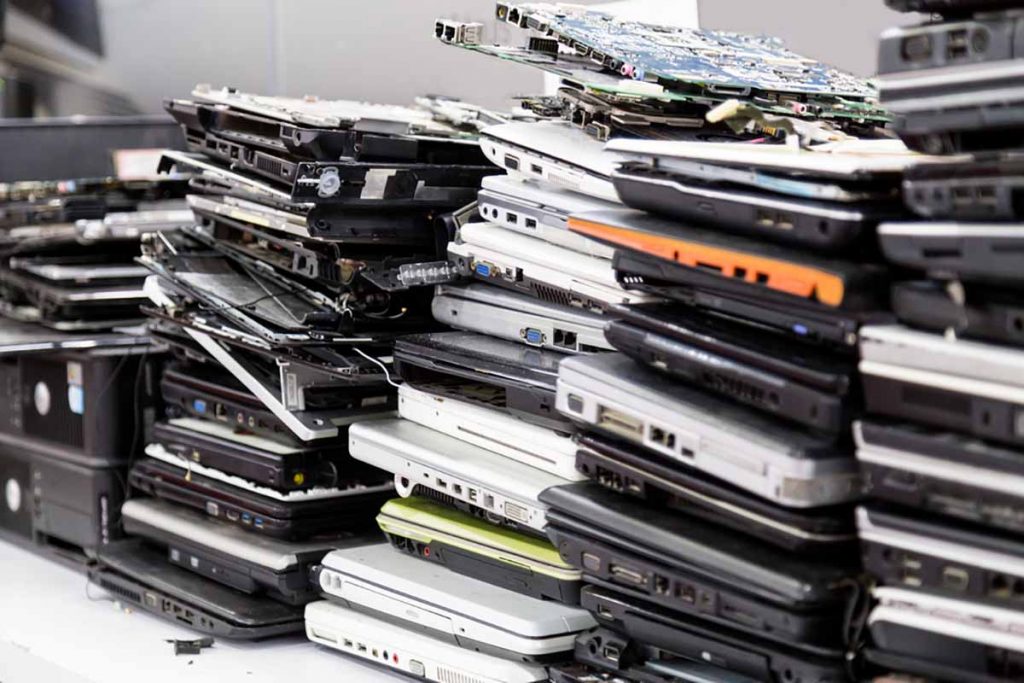 A study from the United Nations Institute for Training and Research (UNITAR) found that e-scrap generated annually in Europe increased by 2.1 million metric tons between 2010 and 2021. | ThamKC/Shutterstock

A report from the United Nations on the European Union found that very few member countries are achieving their e-scrap recycling targets.

The 2021 Update of WEEE Collection Rates, Targets, Flows, and Hoarding covered the 27 European Union member countries, plus Norway, the United Kingdom, Switzerland and Iceland. The study was conducted by the United Nations Institute for Training and Research (UNITAR).

The second method is the “electrical and electronic equipment placed on market (POM) method,” which is calculated by dividing the mass of e-scrap collected by the average amount of devices sold in the three preceding years. Using that method, the collection rate increased from 39% in 2013 to 50% in 2016, but from 2016 to 2020, the collection rate dropped to 44% due to large increases in devices sold.

The old target collection rate for the POM method was 45%, and 17 countries, 16 of them EU member states, surpassed the target. Three countries reported rates in the 40% to 45% range, while 11 countries remained below 40%.

In 2019, a more ambitious target of 65% was set for that method, and so far only four countries met it: Bulgaria, Croatia, Poland and Switzerland.

The report also looked at hoarding of e-scrap, finding that in the average EU home there are 74 electronic items, excluding lamps. Of those 74 items, 61 are in use, nine are working but not in use and four items are not working but have not been discarded.

“There seems to be a trend that richer countries in the survey (e.g., Netherlands and United Kingdom) hoard more than poorer countries in Europe (e.g., Slovenia, Romania, and Portugal),” the report stated.

The highest hoarding rate was in Italy at 29%, the report noted.

About 46% of survey respondents said they hold on to working products they don’t use because they might use them again in the future. Another 15% said they planned on selling them or giving them away, while 13% were holding on to the items due to sentimental value. Possible future value led 9% of people to keep the items, and the remaining 7% didn’t know how to dispose of the items.