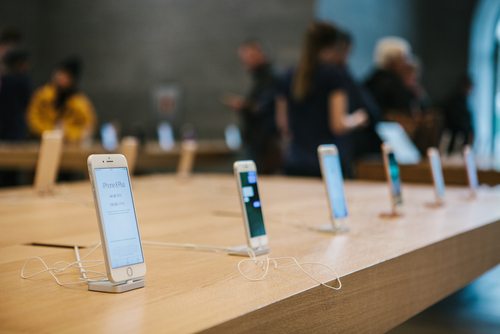 Assurant reported that the average value of a traded-in iPhone in 2021 was up 17% from the year before. | Franz12/Shutterstock

Consumers are waiting longer to trade in old phones, but rising values meant that 2021 saw the highest amount of money Assurant has ever recorded going back to consumers, according to an annual report.

A press release noted that “outside of the annual trends just noted, we did see a dip in the average age of devices at turn in during 4Q, as we normally do in the final quarter of the year.”

The press release said the data “reflect the great surge of activity we have witnessed this year within the mobile trade-in and upgrade programs.”

In the fourth quarter, the report found, about $1 billion went to U.S. customers through trade-in and buyback programs, which is a $298 million increase from the previous quarter. It’s the highest amount Assurant’s seen for a single quarter, the press release said.

Overall, 2021 also marked the highest annual numbers, as $3 billion went back to customers via trade-in and buy-back promotions.