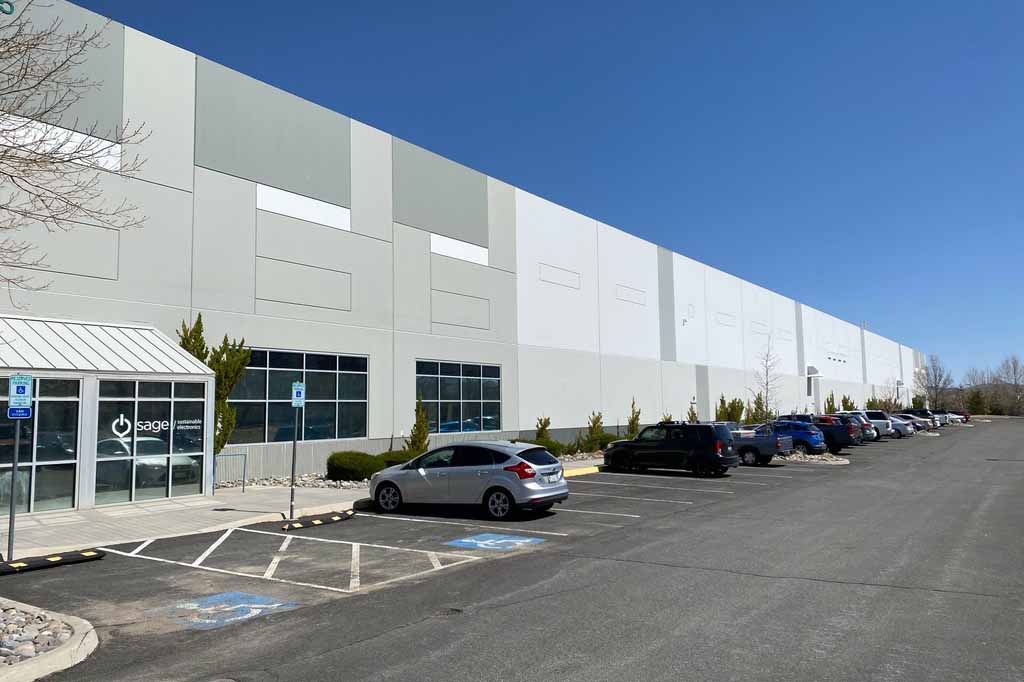 Electronics processor Advanced Technology Recycling has typically opted to lease spaces around the U.S., rather than buy them. Renting gave the company flexibility to more easily align with market trends and add space as needed.

“We think [that] is going to be very difficult to do now,” said Ken Ehresman, president of Advanced Technology Recycling (ATR).

The difficulty comes from fast-rising lease rates for commercial properties across North America.

Interviews with a range of electronics reuse and recycling companies made clear that virtually all industry companies leasing warehouse space are enduring higher costs on the real estate front. That reality, driven by pandemic-influenced shifts in retail and supply chains, is forcing some to rethink the way they expand and utilize their existing square footage.

“You can get in a pretty tough corner in the current market,” said Bob Houghton, CEO of Sage Sustainable Electronics, which leases facilities in two areas of the country.

The factors at play

Underlying the marketwide lease-cost increases are huge – and likely lasting – shifts in the warehouse world.

The Wall Street Journal in December covered a report from real estate research firm CBRE, which found that leases for industrial properties are averaging 25% higher than the five-year leases that expired last year.

Additionally, supply chain management shifts from “just in time” to “just in case” mean additional warehouse space is needed to store goods before they’re sold either online or in stores. Add to that strong competition for building space for data centers. And in some jurisdictions, marijuana legalization for years has fired up demand for warehouses for plant cultivation operations.

“You can get in a pretty tough corner in the current market.” – Bob Houghton, Sage Sustainable Electronics

Despite the challenges, electronics processors are finding ways to move forward in the real estate realm.

Based in Pontiac, Ill., ATR has a substantial footprint across the U.S., with facilities in Allentown, Pa., Birmingham, Ala.; Buffalo, N.Y.; Grand Rapids, Mich.; Las Vegas; Pontiac; Salt Lake City; and San Antonio.

Except for the company’s 140,000 square feet of processing space in Illinois, all the facilities are leased.

ATR’s Ehresman said the company has experienced higher leasing rates for some time. The increases have shown up in both base rates (the cost per square foot) as well as “triple net charges,” which are also referred to as “common-area maintenance charges” and include a portion of the site’s taxes, maintenance costs and insurance.

ATR first began to see landlords passing on higher triple net charges because landlords’ costs of labor were rising, he said. In some cases, ATR has seen those costs double. Historically, 3-5% hikes were normal.

“Some property owners tried to hold the line for a while but it was just too tough,” he said.

In recent months, landlords have also indicated they want to renew at higher base rates.

“We’ve seen some 15-25% increases in their ask, and then you have to negotiate them,” he said.

The scarcity of warehouse space is something Houghton of Sage has witnessed as well. His company leases facilities in Columbus, Ohio and Reno, Nev.

Sage recently renewed its contract for the 145,000-square-foot Reno facility, which it began leasing after the former occupant, Arrow Electronics, exited the ITAD market in 2019. In the course of that lease renewal, which brought Sage’s base rate up “substantially,” Sage’s real estate agent informed Houghton the Reno area has a 2% vacancy rate for commercial property.

That doesn’t leave tenants with a whole lot of bargaining power.

“You really don’t negotiate a lower rate,” Houghton said. “I think the reality of that situation is that what you’re really doing is making sure that you don’t lose your place in line and that you are able to rent space.”

“We’ve seen some 15-25% increases in their ask, and then you have to negotiate them.” – Ken Ehresman, ATR

Meanwhile, Miles Harter, CEO of Dynamic Lifecycle Innovations, said his ITAD and e-scrap recycling company has seen lease rates for its Nashville, Tenn. facility rise for the past seven or eight years as Nashville has grown.

“On average, I think our leasing costs have probably went up 8-10% a year since we moved in,” he said.

But Dynamic has been more sheltered in Onalaska, Wis., where the company is headquartered, because it owns its land and buildings.

“I know the land value around us has went up tremendously since we bought ours, which has worked in our favor,” Harter said.

“The recycling industry cannot absorb these costs without support,” he said.

“One thing we are seeing is the landlords that have typically liked pushing for 10-year-or-longer lease terms are looking for three-to-five-years terms, which is a bit of a shift, just because of the rapid rate at which rates are increasing,” Loughran said.

Todd Zegers, global vice president of ITAD and reverse logistics at Ingram Micro Commerce and Lifecycle Services, said he has seen lease rates increasing in the range of 5% to 15%.

In some ways, however, Zegers has scale on his side.

Commerce and Lifecycle Services is part of Ingram Micro, a huge IT products distributor that pulls in tens of billions of dollars in revenue annually. The ITAD locations are able to co-locate in leased facilities occupied by other branches of the company, including the forward-logistics operations.

“One thing we are seeing is the landlords that have typically liked pushing for 10-year-or-longer lease terms are looking for three-to-five-years terms, which is a bit of a shift, just because of the rapid rate at which rates are increasing.” – Scott Loughran, eCycle Solutions

But the markets are challenging Ingram Micro in other ways.

For example, Zegers said outfitting facilities with racking and other internal improvements is taking a long time, because contractors are short-staffed.

He also acknowledged that, given the rising costs of labor, warehouse space and supplies, if square footage becomes tight at a facility, Ingram Micro is forced to consider raising prices or dropping customers.

Pulling all the levers

As a strategy to avoid continual lease rate increases, ATR has offered to buy some of its leased buildings. But so far, no offers have been accepted, Ehresman said, which is a common situation in today’s tight real estate market.

He recommends companies keep their balance sheets in order and keep cash in the bank, better positioning them to quickly purchase. He also suggests being proactive by searching for potential spaces before they hit the market, perhaps as companies are winding down operations.

He also pointed to engaging in economic development programs, which can provide incentives to companies that build a facility and hire a certain number of employees in economically depressed areas. Doing so may mean locating on publicly owned land.

“There’s a bunch of different levers that we’re pulling, just like everyone else out there.” – Todd Zegers, Ingram Micro Commerce and Lifecycle Services

“Working the incentives is critical if you’re going to build,” he said. But that approach requires a longer timeline, Ehresman said, noting that contractor labor shortages and supply chain challenges are pushing time frames out even further.

Another strategy is to innovate on the way you use existing space.

At Ingram Micro’s Chandler, Ariz. plant, the company is looking to have the office staff continue to work from home, allowing the company to convert about 15,000 square feet of office space into processing space, Zegers said.

“Obviously, we’re trying to optimize the footprint we have,” Zegers said.

The strategy could extend to new facilities, too. Ingram Micro is “actively shopping” for a larger facility in the Chandler area, and it may settle on a building that has more processing space and less office space than the company may have desired in the past, he said.

“There’s a bunch of different levers that we’re pulling, just like everyone else out there,” Zegers said.

Sage, meanwhile, is considering taking some space away from processing and giving it to storage, Houghton said. (The company does asset storage for clients that may want to redeploy equipment in the future.) To make up for the reduction in processing area, operations crews run on double or triple shifts.

“There’s a sweet spot because if you get things too crowded, it reduces your operational efficiency and adds a lot of costs on that end of the spectrum,” he noted.

A reality that is here to stay

Looking forward, Houghton thinks having a good relationship with the landlord is going to be crucial. “Your reputation as a lessee is going to have something to do with your ability to lease space as you go forward,” he said.

And Houghton sees the current real estate market as a new normal that companies need to adapt to.

“Honestly,” he said, “I think what we’re experiencing now is not going to change over the next five years.”