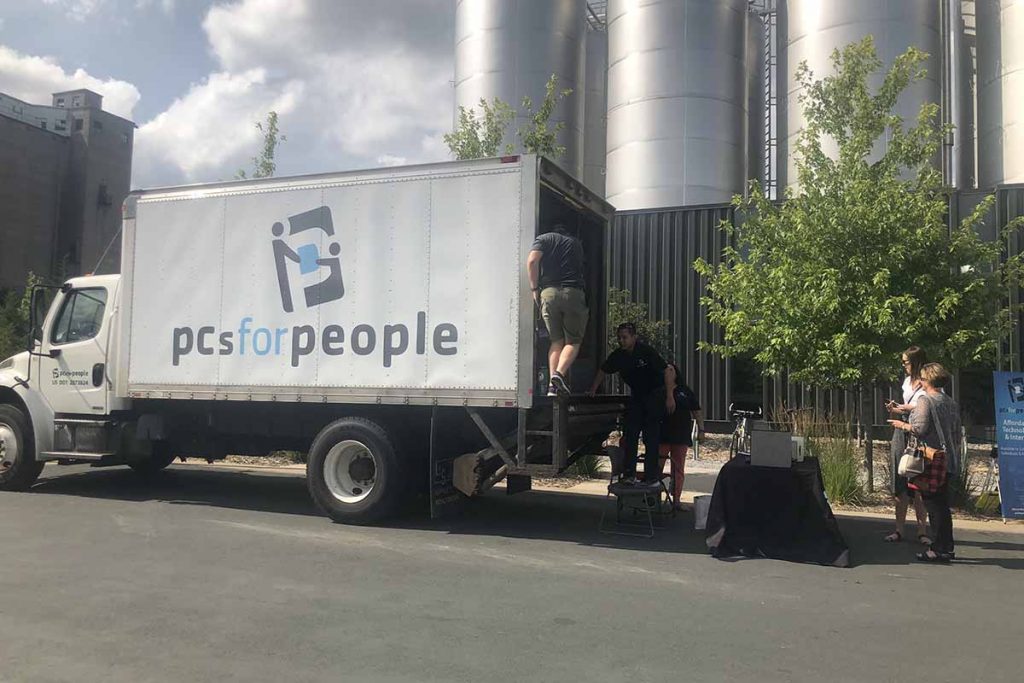 PCs for People will provide an additional 10,000 used computers to low-income job seekers this year, thanks to a $5 million grant from a tech company.

Caitlin Nelson, community impact manager at PCs for People, told E-Scrap News the 10,000 refurbished laptops and desktops will be provided through multiple PCs for People locations, based on their inventories and proximity to the nonprofit partners that are directly managing the donations. The goal is to distribute the 10,000 by the end of 2022.

Allison Coleman, national marketing manager at PCs for People, said the organization distributed over 57,000 refurbished computers in 2021. Over the lifetime of the nonprofit group, which was founded in 1998, the number distributed sits at around 190,000.

“We’re growing significantly [and] to think that last year was about a quarter of our total is pretty overwhelming,” Coleman said.

Coleman said PCs for People’s goal is to meet the need for the additional computers through its existing corporation donations partners. But given that the need constantly outstrips the supply, PCs for People’s computer sourcing team is hoping to get more enterprises signed up to donate used computers, she said.

Loren Williams, an account executive of ITAD/sourcing at PCs for People, recently authored an op-ed in E-Scrap News asking ITAD companies to consider partnering to donate used computers to the organization.

PCs for People won’t need to hire a lot of technicians to handle the additional computers funded by Indeed. The group became a participant last year in the Federal Communications Commission’s new Affordable Connectivity Program (ACP), which subsidizes internet access and computer purchases for low-income people. The program was created by last year’s passage of the federal Infrastructure Investment and Jobs Act, which beefed up the existing Emergency Broadband Benefit Program and morphed that temporary program into the longer-term ACP, according to the FCC.

The refurbished computers will be distributed through nonprofit partners, including Goodwill International, Austin Free-Net, Refugees Services of Texas and Dress for Success Twin Cities. Some were existing PCs for People partners, and others were referred by Indeed.

In addition to the PCs for People grant, Indeed provided $1.5 million to Lyft’s Jobs Access Program to provide free rides for job seekers to job training, interviews or the first couple of weeks on the new job. The free rides can also be used to pick up the donated computers.

Lastly, Indeed pledged $2.5 million to provide legal record-clearing services for job seekers with prior arrests or convictions that are eligible for expunction or nondisclosure.

The three grants are part of the job search company’s Essentials to Work investments, which are part of Indeed’s environmental, social and governance (ESG) commitments to assist 30 million people who face barriers to work in finding jobs, the release states.