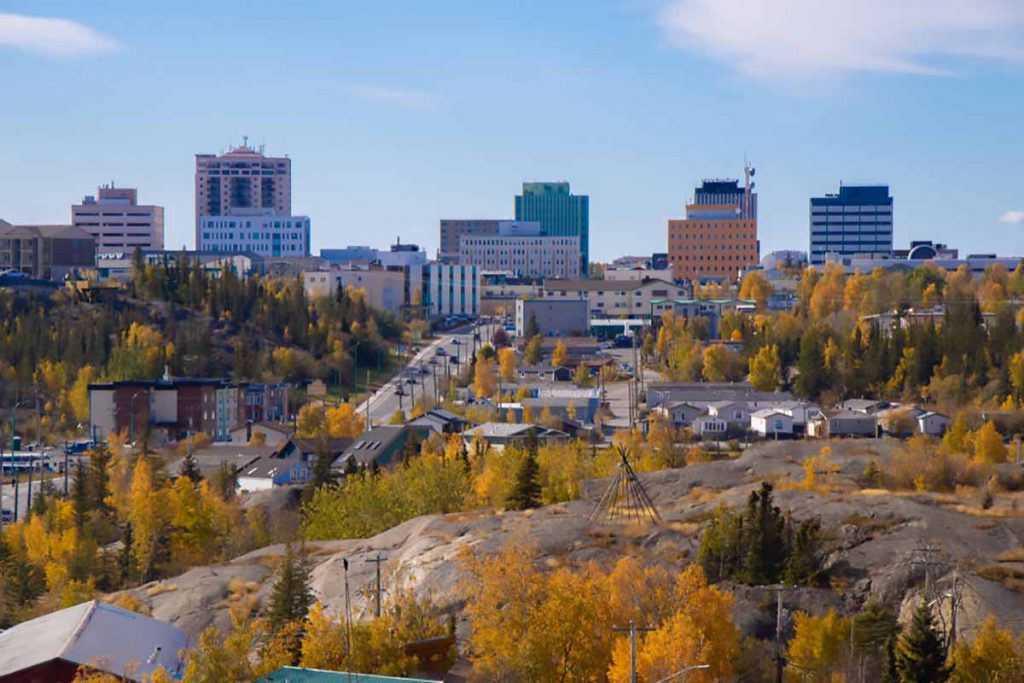 A pilot program will allow residents of Yellowknife, Northwest Territories to recycle over 500 additional products. | ti1993/Shutterstock

Canada’s Northwest Territories will expand the list of items accepted in its electronics recycling program, as part of a two-year pilot project.

The government of the sparsely populated Northwest Territories on Oct. 21 announced it will add over 500 products in seven broad categories to the program. The categories are small appliances and lighting; audio visual; telecom devices; power and air tools; games, toys and music; lawn and garden; and solar panels.

Northwest Territories first launched its e-scrap recycling program in 2016. Since then, the program has recycled 350 metric tons of material, including TVs and monitors; computers and servers; laptops; tablet and notebook computers; and printers, copiers, scanners and fax machines. The program is funded by fees consumers pay when they buy new electronics.

For a territory where the capital, Yellowknife, is a 15-hour drive north of Edmonton, Alberta, logistics will be a concern. The release noted that the government would use the two-year pilot program to assess the costs of handling, transportation and recycling the additional device types.

“This information will be important to help design a self-sustaining program to best manage this expanded suite of products,” the release states.

Tribal and local governments told CBC News the expanded program was welcome news because it would help them preserve landfill space.

The pilot program immediately follows the addition of appliances, tools and other types of products to programs in a couple of Canada’s Atlantic Provinces, Prince Edward Island and Newfoundland & Labrador.