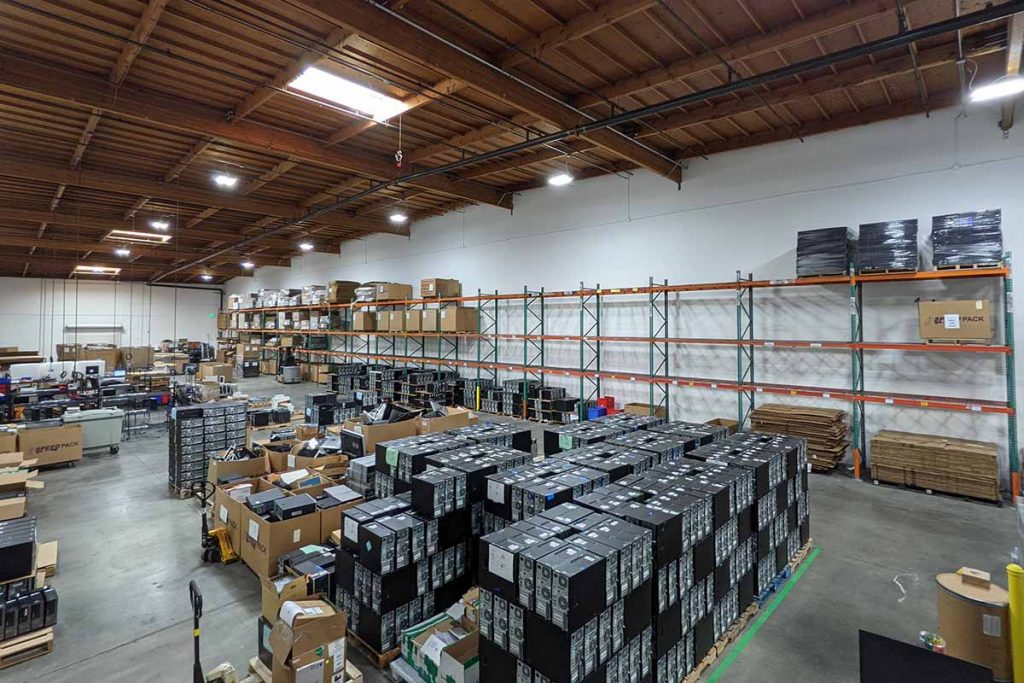 Nationwide processor Apto Solutions has replaced its California site with a new plant in the region, a move the company says will boost efficiency and provide a central location within Silicon Valley.

Atlanta-headquartered Apto in April started up the new facility, which is located in San Leandro, Calif. The space totals 20,000 square feet and is smaller than Apto’s former plant in Milpitas.

The downsize allows Apto to optimize the facility so it is processing assets in a more efficient manner, said Jeff Jones, Apto’s CEO. Apto operated out of the previous facility for 10 years, but it was a bit larger than the company needed and the company couldn’t set up its product flow in the same way it does at its other facilities, he explained.

“For now, this is a perfect footprint for us and our customer base,” Jones said in an interview.

Additionally, in announcing the new facility the company said it “represents an affirmation of their investment in one of the country’s most innovative, vibrant technology hubs,” the San Francisco Bay Area.

Apto works with a lot of companies with national footprints, and it’s important to them to work with an ITAD firm that covers the whole country, Jones said. Besides the California facility, Apto operates sites in Austin, Texas and Atlanta, and the spacing between those locations is logistically beneficial, he said.

Apto, which launched in Atlanta in 2001, runs each facility as a full-service ITAD operation, handling all types of IT assets. That includes mobile devices, computers, data centers and equipment within hyperscale computing facilities. Apto serves clients across an array of industries, including large tech companies, Fortune 500 firms, OEMs, leasing companies, defense contractors and more.

Typically, the company moves about 70% of the inbound devices into reuse channels, and the remaining 30% will ultimately be sent for recycling. Apto dismantles end-of-life devices and separates their components for recycling at downstream processors.

The California facility is configured to process roughly 10,000 equipment assets per week, and Jones noted the company sees opportunity for capacity expansion in the Silicon Valley market.

“That number can grow as our customer demand increases,” he said.

This is the latest new facility for Apto, which after getting its start in Atlanta grew its reach to Texas in 2008. Jones said the company has a good national footprint, although it is still working on projects to expand service in other regions. In one recent initiative, Apto deployed a mobile hard drive shredding unit to the New York City area. That was spurred by greater demand for on-site shredding from big financial firms there, Jones said.

Apto has also experimented with new ITAD service models in response to the COVID-19 pandemic, which moved many large ITAD clients into a remote-work environment.

His company launched a mail-in device disposition service in conjunction with UPS, allowing end users to retire assets just like they would do a device return process. The mail-in disposition trend has become more prevalent throughout the ITAD world over the past year.