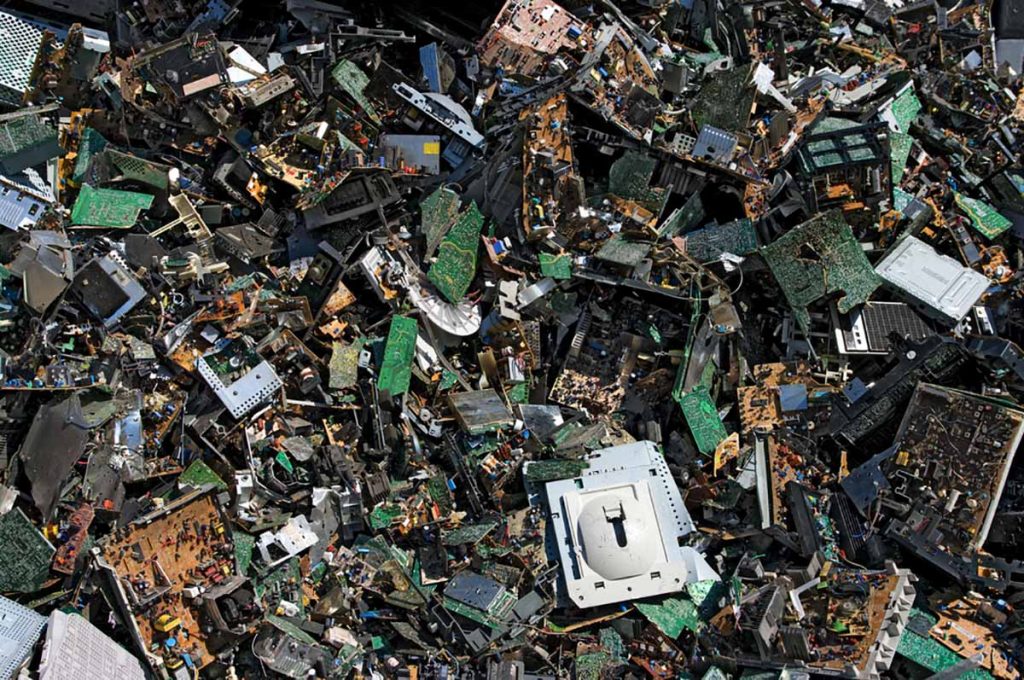 Researchers found that mobile shredding of hard drives and other small electronics exposes workers to airborne and surface metals dust, as is the case with in-plant shredding. | Huguette Roe/Shutterstock

Researchers have discovered that shredding e-scrap materials in trucks may expose employees to as much toxic metal dust as in-plant shredding, but mobile workers may not be as protected as their plant-based counterparts.

The researchers found that mobile shredding of hard drives and other small electronics exposes workers to airborne and surface metals dust, as is the case with in-plant shredding. But the mobile unit employees may face higher risks because they’re working in a remote and small space with no ventilation, Ceballos told E-Scrap News.

“Mobile shredding should have, at a minimum, the same protections that workers have when shredding e-waste in a facility,” she said.

Meanwhile, in a separate study Ceballos was involved in, scientists for the first time studied lead and noise exposure at registered e-scrap recycling facilities in China. Results of that work was published this month.

The mobile shredding study involved taking air and surface samples during a 2019 shredding project at a mobile unit parked outside an unnamed e-scrap recycling facility in the Boston area. The unit consisted of a shredder inside of a semi-truck trailer. The shredder was powered by a diesel-electric generator mounted on the back of the tractor.

Samples were taken during a 65-minute shredding job, during which 200 hard drives and solid-state drives were hand-fed into the shredder. The trailer had no ventilation except for its open back door, and the employee didn’t use any personal protective equipment (PPE).

The analysis showed that, during shredder operation, the concentrations of lead dust in the air were on par with levels found around e-scrap shredders in warehouses. If the concentrations were sustained over an entire work shift, lead exposure likely wouldn’t exceed current occupational limits but would exceed lower exposure limits currently under consideration in California, the study noted.

“Although, If we sampled the breathing zone of the worker, lead concentrations would likely be higher than the measured area samples as is typical in the e-recycling industry,” the paper states.

In terms of particulates in the air, they reached their peak within minutes of the shredder beginning operation, and they were highest near the worker. Those air pollution levels still hadn’t returned to background levels after 40 minutes of shredder inactivity.

Overall, the concern isn’t that the mobile shredders are emitting substantially more toxic metals than a plant-based unit but that the offsite workers may be working in poorly ventilated trailers without PPE, resulting in greater exposure.

“We recommend the industry adopts better controls for shredding inside trucks, such as local exhaust ventilation with proper filtration and use of personal protective equipment, to protect workers’ health and the environment,” according to the paper.

Boston University on Sept. 1 issued a press release about the research. Ceballos’ research on exposures to toxic metals and flame retardants has been covered several times by E-Scrap News, including work she did while she was at Harvard.

Monitoring was conducted in 2017 over two shifts for a total of 168 employees. The results showed that employees dismantling CRTs and breaking glass were sometimes overexposed to lead and noise. Employees involved with plastic shredding were overexposed to noise.

“The simultaneous exposure to lead and noise at medium to high levels in Chinese electronics recycling employees is of concern, as the combined exposure can exacerbate hearing loss,” according to the paper, which was published in the September 2020 issue of the International Journal of Hygiene and Environmental Health.

For the project, Ceballos assisted the following researchers from Jiangsu, China: Wei Gong  and Liangliang Zhao, both from the Jiangsu Provincial Center for Disease Control and Prevention, and Baoli Zhu of the Nanjing Medical University School of Public Health.