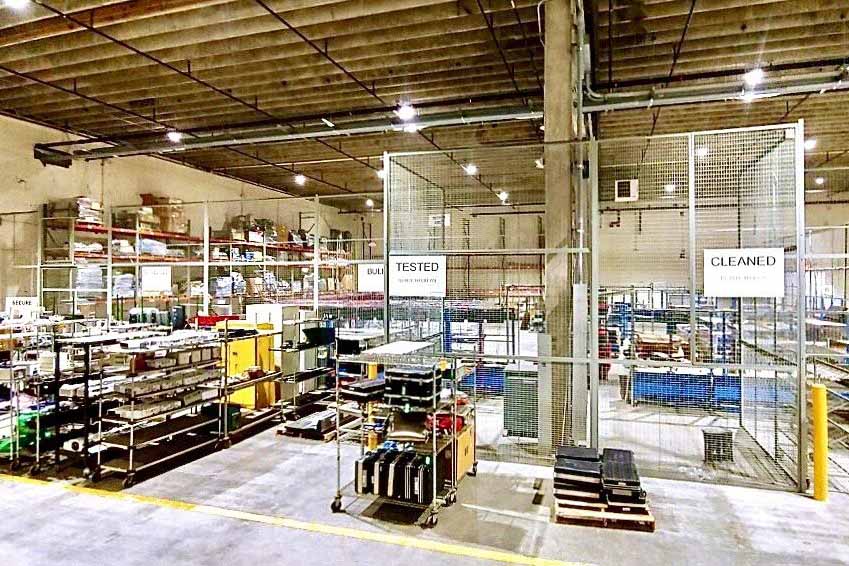 When C2 Management received a PPP loan, the money couldn’t have come at a better time.

The Berryville, Va. e-scrap processor had just hired several employees and was in the process of moving into a new headquarters when the pandemic took hold, said Chris Hansen, CEO and founder of C2 Management.

“With work coming to a standstill the recently elevated overhead was going to be a big problem for us,” Hansen said. “The loan allowed us to invest in training these new employees in many of the different recycling programs we are involved in, and these redundancies have made them more valuable to us as well as protected us against the varying degrees of shut down or delays that may occur amongst our clients in the near future.”

C2 was one of thousands of companies involved in the electronics recycling, repair and refurbishment industries to receive assistance from the Paycheck Protection Program (PPP) in April, May and June. In July, the Small Business Administration (SBA), which administers the program, released data on PPP recipients (disclosure: Resource Recycling, Inc., publisher of E-Scrap News, received a PPP loan below $150,000).

The SBA disclosed the names of recipients that received loans of $150,000 or more. All recipients were categorized using North American Industry Classification System (NAICS) codes.

Among those classified with the NAICS materials recovery facility (MRF) code, e-scrap company ERI received a loan between $2 million and $5 million, which was the largest loan range, the data showed. That assistance, approved April 10, helped the Fresno, Calif.-headquartered processor preserve 437 jobs.

Under the MRF code, other companies that handle some amount of e-scrap material and received loans between $1 million and $2 million included Chicago-based Universal Scrap Metal, Simi Valley-Calif.-based Lighting Resources, and Hebron, Ky.-based toner and ink cartridge processor Close the Loop.

A number of other prominent e-scrap/ITAD processors using the MRF code received loans under $1 million. A full list is available here. Except for C2 Management, all named PPP recipients that were contacted by E-Scrap News for comment either did not respond or declined to comment on the loans.

The NAICS MRF code refers to facilities sorting curbside recyclables such as paper, plastics and metal packaging. But the list of PPP recipients under that code also included scrap metal yards, plastic reclaimers, construction and demolition debris facilities, composting facilities and others, making it difficult to exactly quantify total e-scrap business recipients in this category.

‘Extremely grateful for the relief it has provided’

C2 Management received a PPP loan between $350,000 and $1 million after it was approved on April 30, SBA data shows (C2 Management is the trade name for CIE International).

Because the company was experiencing a recent growth surge, including landing its first Fortune 500 customer contract, C2 had just hired several employees when the pandemic struck, Hansen said. Because of the growth, the company also moved into a new 100,000-square-foot facility in Berryville.

The money helped the company retain 100% of its workforce.

“The PPP loan made it possible for us to not only maintain the employees but allowed us to take some extra time to acclimate our processes to our new home,” Hansen said. “While this was fortuitous, the result is that through this examination we have streamlined our methods and created an environment that will allow us to hire even more employees. We are going to need them a lot sooner than we thought, and we are ready to hire them in part because this loan allowed us to build a home for them.”

Hansen said his sense is the consensus in the industry is the PPP loans helped companies make it through tough times without losing employees.

“C2 does not take the forgiveness of this money from the government lightly and is extremely grateful for the relief it has provided,” Hansen said. “While we do not know what the future holds in the way of more government assistance, we pledge as a company to only take what we need and to use what we take as responsibly as we can.”