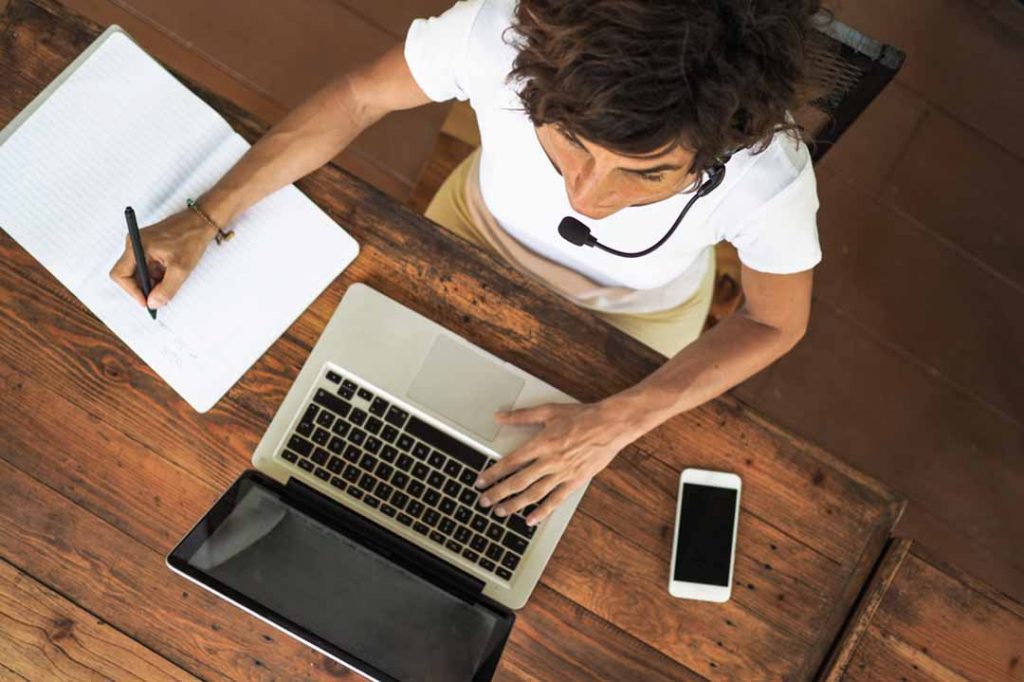 All operators certified to the R2 or e-Stewards standards are required to have their sites audited at least once a year. And in normal times, that would mean one or more third-party experts visiting the facility to inspect documents, interview workers, and take a close look at company processes and workplace safety. In some cases, those auditors might be on-site for over a week.

In a world where travel and person-to-person contact are severely limited, however, the auditing segment of the sector is being forced to reinvent itself on the fly.

Remote audits – using digital file-sharing, video conferencing and other technology tools – have become increasingly common, though on-site audits are still being required in certain cases. Many companies, meanwhile, have chosen to delay their annual audit, hoping for a return to normalcy later in the year.

But as we move into August, pressure is growing to ensure the certification audit schedule stays intact.

“If we don’t have something to keep things moving, it’s going to end up as a bottleneck at end of year,” said Stacey DeSantis, environment, health and safety program manager at Perry Johnson Registrars (PJR), one of the independent certifying bodies that processors can hire to perform audits for e-Stewards, R2 and other certifications. “We’re going to run out of auditors.”

That scheduling crunch is in fact already being felt by some e-scrap firms.

Yesterday’s Business Computers (YBC) is a processor based in Hillsborough, N.J. that is focused on providing ITAD services for large corporate clients. The company, which has been certified to the R2 standard for six years, this year was due for a normal surveillance review but with an added complication: It needed to be certified to the ISO 45001 standard, which is replacing the phased-out OHSAS 18001.

“We were being audited for a certification transition,” said Frank Latargia, the company’s chief operating officer. “It required a larger number of audit days.”

Working with PJR, YBC was able to set up a remote audit, which occurred in mid-June.

Latargia said the audit would normally take six days. However, because of the need to accommodate auditor schedules, he ended up working with two auditors at the same time via a split-screen video call over the course of three days.

Ultimately, the audit was undertaken successfully, though it was a bit more stressful for the processor than usual.

“It had to be done,” Latargia said. “They didn’t have scheduling to push me back.”

Currently, remote audits are generally available for companies that are in the position of YBC – processors whose certifications are in good standing and need their annual surveillance review.

For companies that are looking to gain certification for the first time, the process is a bit more complicated.

In these cases, processors first go through what’s called a Stage 1 audit, which is a general check to make sure the operation has basic documentation and management systems in place. Both e-Stewards and R2 administrators are allowing certifying bodies to use remote strategies to undertake Stage 1.

After that, a company is required to undertake a Stage 2 audit. These tend to be more time-intensive and involve an auditor looking at all the different segments of a facility, asking questions of managers and line workers, and tracking the flow of materials.

Different allowances from the two standards

Currently, Sustainable Electronics Recycling International (SERI), the housing body of the R2 standard, is not allowing Stage 2 reviews to happen remotely. Corey Dehmey, SERI’s executive director, said he could envision some Stage 2 components happening virtually, but he was clear that an in-person piece must still take place.

“We’re not going to certify a new facility to R2 without stepping on-site,” he said. “We need to have that full-on audit to certify they are conforming with all the requirements.”

SERI has also been requiring on-site audits to occur when an R2-certified firm is in its recertification year. This occurs three years after a site’s initial certification and then every three years thereafter. These audits tend to be more thorough than the annual surveillance audits.

“We’re not going to certify a new facility to R2 without stepping on-site. We need to have that full-on audit to certify they are conforming with all the requirements.”
– Corey Dehmey, executive director, SERI

The protocol is different when it comes to the e-Stewards standard, however.

Initially, e-Stewards was also requiring Stage 2 audits to include an on-site component. But this week, e-Stewards administrators gave Stage 2 remote audits the green light “as long as the Certifying Body believes that the objectives of a Stage 2 audit can be achieved remotely,” according to an update on the e-Stewards site.

The e-Stewards standard has also allowed recertification reviews and upgrade audits (for firms upgrading to e-Stewards V4) to take place remotely if the certifying body involved feels good about moving forward that way.

“Everything really depends on the recycler and the ability of the auditor,” said Salomé Stähli, e-Stewards’ program manager. “It needs to lead to satisfactory audits.”

In an email sent to industry stakeholders July 29, e-Stewards stated that the move to allow remote Stage 2 audits came in conjunction with recent decision-making from the ANSI National Accreditation Board (ANAB), a global organization that sets guidelines and requirements for a wide range of certification entities.

“Remote audits for Stage 2 audits were so far not allowed by ANAB, our Accreditation Body,” the e-Stewards email noted, “but this has now changed.”

“Everything really depends on the recycler and the ability of the auditor. It needs to lead to satisfactory audits.”
– Salomé Stähli, e-Stewards’ program manager

Despite the quickly shifting landscape, certifying bodies and others say that the transition to remote auditing is going well.

Paul Burck, president of certifying body Orion Registrars, said the auditors in Orion’s pool have “risen to the occasion.” He noted in some instances auditors are still making their way to processor sites, but he estimated around 90% of Orion audits since the start of the pandemic have happened remotely.

“The real trick to a remote audit is doing a lot of advance planning with the client,” Burck said. “You know exactly who’s doing this and that to make it seamless.”

DeSantis of PJR said her company held a large online training for auditors in April that helped get everyone on the same page. She also noted that PJR has tried to bring all clients and auditors onto one of two virtual meeting platforms – GoToMeeting and Microsoft Teams – allowing all stakeholders to become familiar with the same technology.

She said that between the start of March and the middle of July, PJR auditors had conducted over 75 remote audits of e-scrap sites. And she noted trends toward digitization already underway have helped smooth the process.

“Even a lot of our scrap yards over the last few years have been installing ERP systems,” she said, referencing enterprise resource planning software that automates record-keeping and other back-office functions. When looking for documents for an auditor, a facility manager no longer needs to “open a file drawer and scan the whole thing,” she said.

“The real trick to a remote audit is doing a lot of advance planning with the client. You know exactly who’s doing this and that to make it seamless.”
– Paul Burck, president, Orion Registrars

Burck added that the growing use of cameras at processing facilities has been helpful in the transition to remote auditing. Typically, an operator will use the camera on a phone or tablet to give auditors a virtual tour of the site, but that can be augmented by a facility’s surveillance system and other tools.

“We had one follow-up where we had to look at shredding,” Burck said. “Before that, I had never thought of looking at the camera the client had installed inside the shredder.”

Like so many other new processes being developed in the COVID-19 era, elements of remote auditing are likely to remain even after concerns about in-person contact wane.

In fact, before the pandemic, momentum was already growing to handle some auditing remotely.

“About a year ago, SERI was venturing into alternative ways to do auditing to improve efficiencies and decrease costs to recyclers,” said Dehmey of SERI. “We had put out an advisory that put in parameters to do facility-move audits remotely. … We were already moving forward on that.”

Doing audits virtually can reduce expenses for facility operators, who pay auditors’ travel costs. Auditors, meanwhile, have typically booked clients back-to-back, meaning they’d finish one inspection, head to the airport and fly off to the next. That could become a grind.

“Plane cancellations could screw up your life,” said Orion’s Burck. “Being on the road is not a vacation.”

“Our biggest risk in the COVID situation is protecting the authenticity of the audit. A couple months in, I’ve got to say that we’re doing a pretty good job.”
– Stacey DeSantis, environment, health and safety program manager, Perry Johnson Registrars

DeSantis of PJR said that remote auditing can help cut down on “auditor fatigue.”

She added that as remote inspections continue to be utilized, it’s critical that auditors remain focused on sharing information with certifying bodies and the standards organizations themselves so that everyone in the system can see what’s working and what is not.

“Our biggest risk in the COVID situation is protecting the integrity of the audit,” DeSantis noted. “A couple months in, I’ve got to say that we’re doing a pretty good job.”