The rise of refurb

Back in the early 2000s when I started my work to help develop the ITAD and refurbishment field, electronics reuse was actually not regarded as an important part of the wider e-scrap sector. It was pretty much all about the end-of-life processors and if anything, electronics reuse work was a footnote.

Fast-forward 20 years and it’s a different ballgame. In our current era of unpredictable commodity values, ITAD and refurbishment are critical parts of the economic picture for electronics processors.

How exactly did this transformation come about?

The push for low-cost licenses for Windows

To be sure, there was ITAD and refurbishment going on before the turn of the last century. Surplus businesses were buying discarded IT at auction and reselling it. Lots of small nonprofits were refurbishing computers and getting them into schools and charities. In 2004, I did an early study of nonprofit refurbishment called “Islands In The Wastestream,” and I found that demand for low-or no-cost computers was high and largely unmet, particularly in U.S. schools.

One major problem hampering electronics reuse was how expensive Windows operating systems were. Those were the days when Microsoft Windows accounted for 97% of the OS market.

Back in 2000, the computer refurbishment industry was a shadowy and piracy-riddled enterprise. Refurbishers couldn’t afford to buy and install legal Windows licenses on used equipment. So they had two choices: they could pay full retail price for legal licenses (more than $100 per license) and price their equipment out of the market, or they could use pirated versions of Windows.

Around that time, Microsoft approached TechSoup (where I work) about starting up a program to address that concern. In 2001, TechSoup partnered with Microsoft to launch the Microsoft Authorized Refurbisher (MAR) program, and it changed the world. Currently, the programs that grew out of the MAR program supply well over 1 million low-cost licenses per year for Microsoft Windows, Office and other applications to computer refurbishers worldwide.

Microsoft piloted the program in the U.K. and then partnered with TechSoup to roll it out in the U.S. The MAR program offered unlimited $5 Windows licenses to noncommercial refurbishers who provided computers to charities, schools, libraries and low-income people. It was a hit from the day it began in December 2002.

Microsoft now has two big programs for refurbished PCs: the Microsoft Authorized Refurbisher (MAR) Program and the Microsoft Registered Refurbisher Program (RRP). The MAR program has developed into a program to supply large commercial ITAD companies; RRP is for smaller refurbishers. These programs now enable millions of low-cost Windows computers to go to charities, schools, libraries and low-income people across the planet.

And of course Windows PCs are just part of the electronics reuse picture. Chromebooks, Linux and Apple computers are plentiful. And millions of mobile devices are now in the reuse stream as well.

ITAD: Birth of a business model

It’s important to note, however, that even before the Microsoft programs there were ITAD businesses.

One key early figure was Bob Houghton, now CEO of Columbus, Ohio-headquartered Sage Sustainable Electronics. Houghton notes that in 1996 he was working for a value-added reseller company in Ohio when he was charged with putting together a solution for consumer products giant Procter & Gamble for their retired IT equipment. His solution was to offer the company a menu of services for disposition of their IT assets.

P&G leaders liked the concept, and in due course, Houghton teamed up with Jill Vaské in 1998 to start the first services-oriented ITAD company, Redemtech.

The business model they developed was to charge companies for services like inventory, data sanitation, transport, end-of-life recycling, indemnification and refurbishment. Redemtech then gave a share of resale proceeds back to the client, which helped develop long-term service relationships. Houghton told me that some companies were doing pieces of this model, but the idea of a service-based asset management strategy was new.

Prior to that, the primary way for enterprises to discard used electronics was either to throw them out or move them to liquidation or surplus businesses (called “take-outs”) that would bid on used IT and then resell it (that model is still used for government and university equipment).

Another notable stakeholder in the evolution of IT reuse and refurbishment was the federal government.

In the early 2000s, the U.S. EPA convened a series of standards policy talks. This was during the George W. Bush administration and at the time there was considerable political pressure to do something about the e-waste issue. Environmentalists were pressuring states to enact producer responsibility collection and processing laws for scrap electronics, but Congress was unable to pass national legislation. In the face of this, the U.S. EPA was tasked with convening a multi-stakeholder group and coming up with voluntary e-recycling standards for the industry.

By then, Willie Cade and I had started the International Refurbishers Conference (later to be renamed the Electronics Reuse Conference). Cade ran Computers for Schools Chicago and, later, PC Rebuilders and Recyclers. I was associated with the MAR program and had also created the Refurbishers List, where ITAD people and refurbishers could talk shop online (and actually still do).

In due course, we were invited to join the EPA multi-stakeholder “small group,” composed of people from the big electronics recycling companies (such as Sims) as well as representatives from OEMs, trade associations and government officials. That crowd was not too receptive to ITAD and refurb interests and concerns.

Throughout the four years of negotiations, which ultimately resulted in the e-Stewards and R2 certification programs, refurbishment and ITAD were still not regarded as a particularly important part of the electronics recycling industry.

Cade and I took a “good cop, bad cop” approach. When we were hooted down for our proposals to include refurbishment processes into the standards, Cade would usually go on the attack, and I would follow-up with sweet reason. I think it actually worked pretty well. Reuse aspects like data security made it into both e-Stewards and R2 and esteemed ITAD colleagues have strengthened reuse provisions as both standards have evolved.

As previously mentioned, Cade and I started the first electronic refurbishment and ITAD conference. The first edition, in 2003, was in Chicago and attracted 20 or so curious souls. After a few years, it came of age and routinely had 300 attendees and a number of exhibitors. 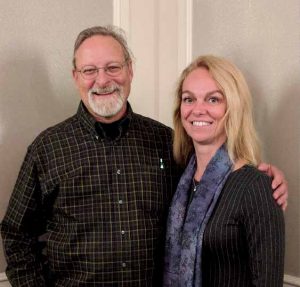 Today, it is still going strong as the Electronics Reuse Conference (run by Cade’s daughter, Sarah Kim, and her business partner, Michael Cheslock). I gratefully gave up organizing the annual event in 2009, and to my continuing embarrassment the annual Hall of Fame Award is in my name. Every year when I present the award, someone always tells me they thought I was dead. I find it grimly amusing.

What is most interesting about the award, though, are the extraordinary people who have won it over the years. It’s a recognition of lifetime achievement for going above and beyond to further the ITAD/refurbishment field and supporting others. Willie Cade and I were early winners of the award. I’d like to recognize these the other individuals here.

We have honored two Microsoft veterans who really took an exceptional interest in the industry by going to bat for us within Microsoft to make the MAR and RRP programs more streamlined.

Frances Fawcett ran the initial U.K. pilot and continued to help get MAR going. Sean Nicholson grew the Microsoft Refurbisher programs into a significant international efforts, sponsored international refurbishment conferences in the U.S., Europe and Africa, and became so knowledgeable about how the industry worked that he informed the standards work and helped many companies become successful.

A number of other awardees were from nonprofits.

Pat Furr Founded Computers for Classrooms in Chico, Calif. in 1991. This organization got thousands of PCs into schools in poor neighborhoods and also into training labs that serve farmworker communities.

Another star is Nancy Jo Craig, who runs the Capital Area Corporate Recycling Council (CACRC) in Baton Rouge, La. She and her staff were on the ground and doing heroic work in the wake of Hurricane Katrina.

We also recognized Ryan McDowell and his colleagues at Community Computer Connection in Denver for the great free tech support they provided to all of us over the years on the Refurbishers List.

Then there’s Charles Brennick who founded and ran InterConnection in Seattle. He is a tireless social entrepreneur and built his program into one of the largest nonprofit refurbishment centers in the country. Having been a Peace Corp volunteer, he had a particular interest in getting equipment to Latin and America and Africa.

Our winner in 2018 was Shauna McCaffrey, executive director of Renewed Computer Technology (RCT) in Ontario. Among many other achievements, she negotiated permanent government funding for the Computers for Schools Canada network (the largest nonprofit IT refurbishment network in the world).

We of course have notable ITAD winners as well.

In 2018 we recognized the late Lane Epperson of HiTech Assets in Oklahoma City.

The previous year, Robin Ingenthron of Good Point Recycling and the Fair Trade Recycling got the award. He is a fierce advocate for international refurbishment and a tireless social entrepreneur developing ways to do reputable export of refurbishable IT equipment to places that really need it. He’s another former Peace Corp volunteer.

Last year, the award went to Neil Peters-Michaud of Cascade Asset Management, in Madison, Wis. He is another pioneer who actively promotes national electronics recycling legislation via the Coalition for American Electronics Recycling. His company also publishes the annual Cascade IT Asset Management Trends and Best Practices Benchmarking Studies.

Finally, in a class by himself is 2015 Hall of Fame Award winner Kyle Wiens, an extraordinary advocate for electronics reuse and the right to repair. He is the founder and CEO of iFixit, the San Luis Obispo, Calif.-based company that hosts over 60,000 free repair manuals, the famous new product teardowns that reveal how well or badly IT devices are made, and a wide array of electronics repair tools and parts.

Find out more about all the winners at ereuseconference.com/hall-of-fame.

Through a glass darkly

What does the past tell us about the future? Thought you’d never ask.

I am frankly surprised and delighted at the dramatic emergence of ITAD and refurbishment as an essential part of the e-recycling industry during my time in it. Some factors in this evolution include volatility of the commodities markets in the last few years, strong demand for quality remanufactured business grade IT devices, and adoption of refurbished equipment by retailers like Amazon, Walmart and the OEMs.

The majority of the 25 U.S. state laws do not have provisions to encourage reuse. The laws are based on producer responsibility models, and judging from the iFixit repairability scores, manufacturers are not yet terribly interested in making their products refurbishable. With some notable exceptions, the trend is generally to make IT more and more like throw-away mobile devices. Countering that reality are the many right- to-repair bills in state legislatures across the country. There have been major mobilization efforts to get something passed in the U.S. in this policy arena, but so far they have been blocked by manufacturers. There has been recent significant movement on this in Europe, though. The European Commission has adopted of a new Circular Economy Action Plan. Part of the action plan aims to ensure that products, especially electronics, are designed and manufactured so they last and are repairable. This could well be a policy game changer even in the U.S.

Refurb has done remarkably well despite the ever-lower prices of new IT. If manufacturers get on board to support the right to repair, the future of refurb is bright indeed.

Jim Lynch is a tech journalist and director of green technology at TechSoup in San Francisco. TechSoup is a nonprofit entity whose mission is to tech up charities and libraries worldwide by providing software, hardware and the knowledge to use them. Lynch can be contacted at [email protected]