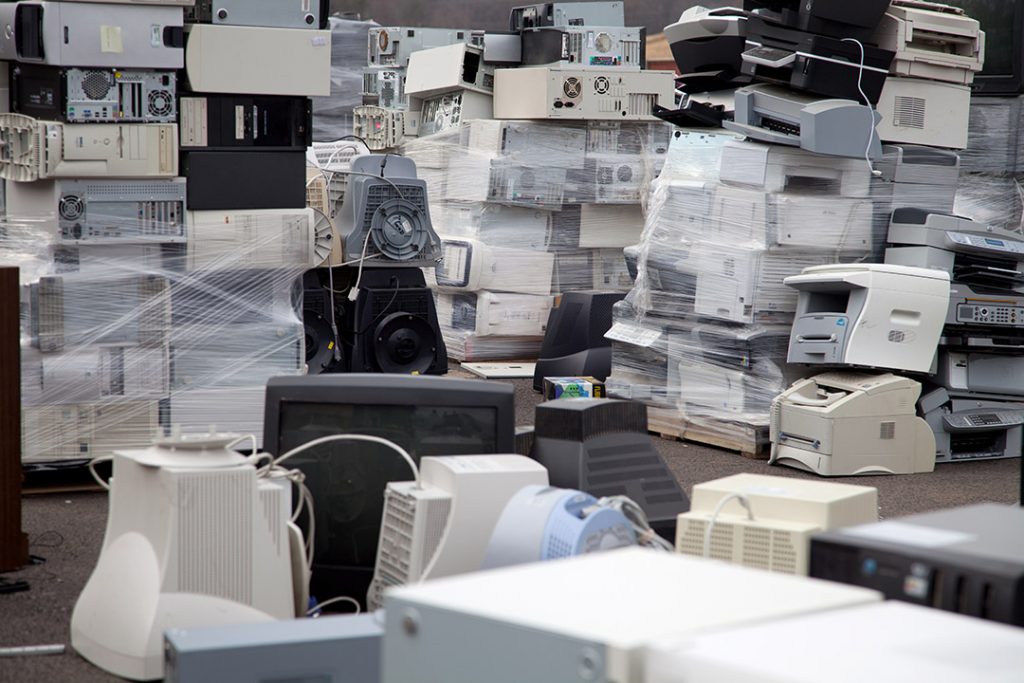 E-scrap programs in Texas have brought in 278.5 million pounds of computers and TVs combined since their inception. | Huguette Roe/Shutterstock

The Texas Commission on Environmental Quality (TCEQ) released its annual report in March, covering the Texas Recycles Computers and Texas Recycles Televisions programs’ results in 2019. The report indicates computer collections were slightly down from the previous year and TV collections were slightly higher. In 2018, manufacturers collected 12.4 million pounds of TVs and 7 million pounds of computer equipment.

Under the Texas program, manufacturers that sell devices covered under the law are required to offer convenient recycling options, or to collect a target weight based on their sales of new devices into the state the prior year, depending on the device type.

Overall, since the programs launched in 2009 and 2013, respectively, they have brought in 278.5 million pounds of computers and TVs combined. Most of this material was recycled, with 8.4 million pounds being reused.

Additionally, computer manufacturers have collected an additional 44.4 million pounds of electronics they were not required by law to accept over the life of the computer recycling program.

TCEQ noted that residents have many opportunities to recycle their electronics outside the state program, including through municipal collection events, private recycling collectors, nonprofit organizations and others.