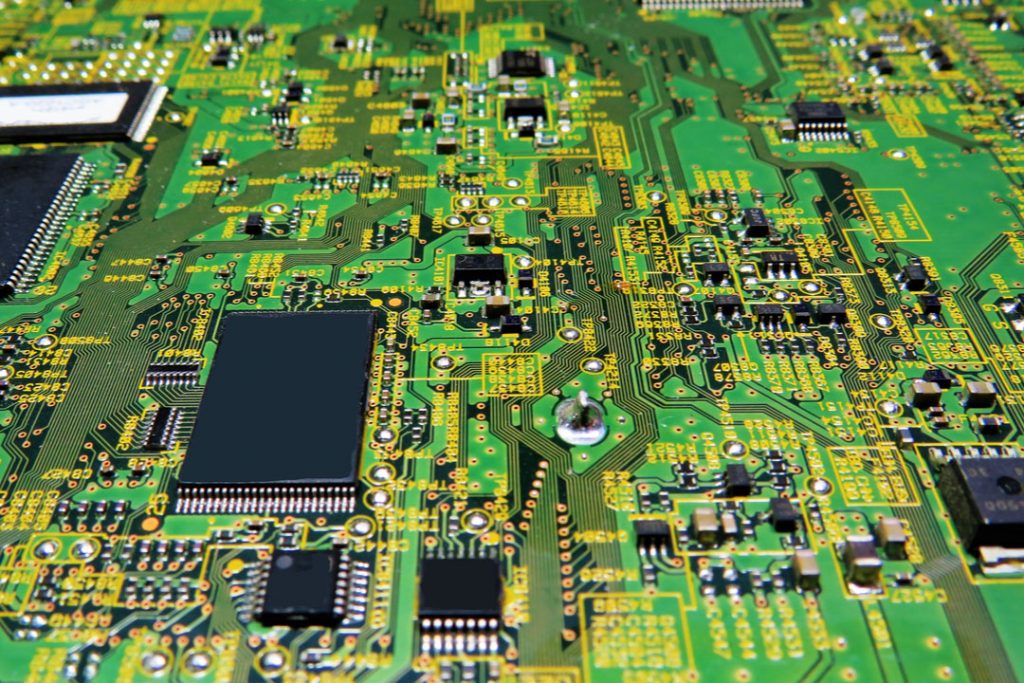 Printed circuit boards are made of roughly 30% metal and 70% nonmetals. | Sebastian_Photography/Shutterstock

Scientists who set their sights on potentially hazardous chemicals in scrap electronics say they can effectively break down the flame retardants in shredded circuit boards.

According to the researchers, printed circuit boards (PCBs) are made of roughly 30% metal and 70% nonmetals. The nonmetallic segment includes e-plastics and other materials, and they often contain brominated flame retardants (BFRs). These chemicals contain polybrominated biphenyl ethers and are a hazardous waste, according to ACS.

Looking to explore removal of BFRs from circuit board plastics, the scientists collected PCBs from scrap TVs for their research.

“The researchers crushed printed circuit boards and removed the metallic components by magnetic and high-voltage electrostatic separations, as is typically done,” according to ACS. “Then, they put the nonmetallic particles into a ball mill – a rotating machine that uses small agate balls to grind up materials.”

The scientists introduced iron powder into the mix and found that electrons from the iron helped break down certain compounds.

“After ball-milling, the bromine content on the surface of the particles had decreased by 50%, and phenolic resin compounds had decomposed,” according to ACS.

ACS described the results as a step “toward safer disposal of printed circuit boards.”