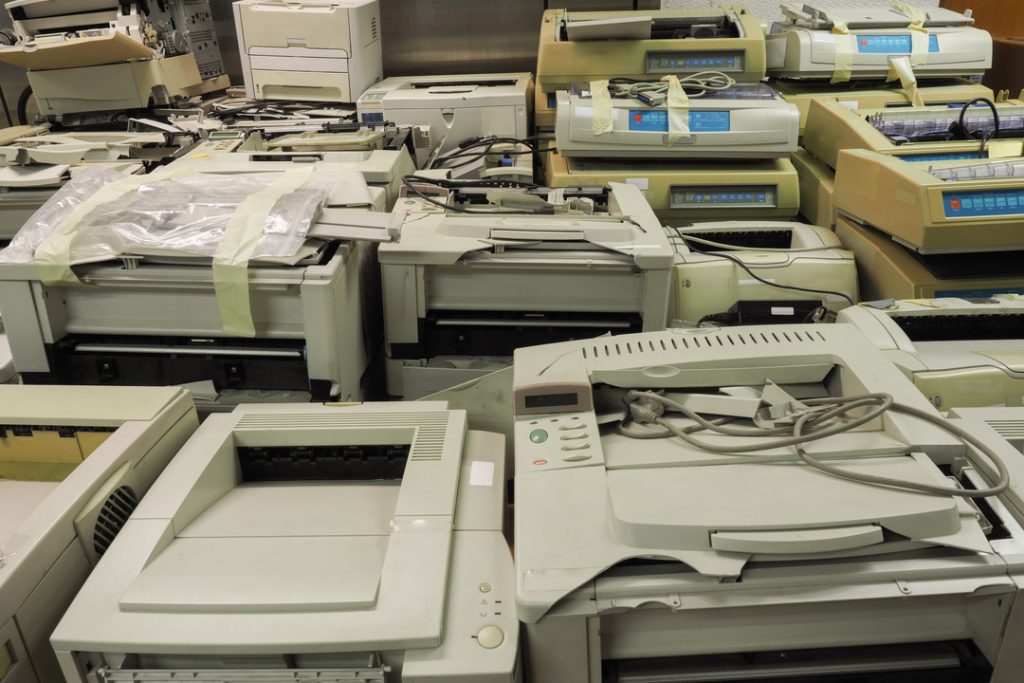 Thousands of printers were stockpiled at a N.H. residence for over a year. | KG Design/Shutterstock

A stockpile of printers that were originally destined for recycling led to a dispute between a New Hampshire municipality and a local resident.

Salem, N.H. resident Michael Bates purchased a large number of printers with the aim of recycling the devices and selling the ink cartridges, according to the Union Leader newspaper. But “changes in the recycling market ultimately made it costly for him to get rid of them,” the paper reported.

As a result, thousands of printers were stockpiled at Bates’ residence for over a year, officials stated. The municipality took legal action against Bates, according to the Union Leader, and eventually his property was foreclosed on and auctioned off last June.

The stockpiled electronics were removed shortly after the sale, but Salem officials want Bates to pay for violating various ordinances. A judge recently ordered Bates to pay nearly $120,000 in fines and fees. Bates is objecting to the fines, and a court is expected to rule next month on whether he must pay, according to the newspaper.