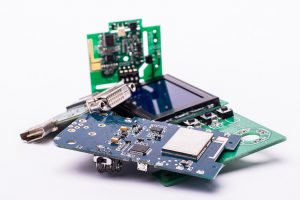 The Rochester, N.Y. public-private organization on May 7 announced it has awarded grants to an additional 12 projects, including two that deal with electronics recycling. The dozen grants totalled $5.9 million.

Among the latest efforts approved for funding are two that are researching better ways to recover metals and plastics from scrap electronics. Brockport, N.Y.-based processor Sunnking is involved with both of them. The following are details on each:

Leaching technologies: The University of Utah and Sunnking are working on this project, which seeks to adapt relatively low-cost and low-energy leaching processes to directly recover copper and precious metals from e-scrap, while also allowing the plastics to be recovered.

“This technology could replace energy-intensive pyrometallurgical processes such as high-temperature smelting that might otherwise be used to recover metals, but due to the high-temperature, the plastics are consumed,” according to a REMADE Institute project summary.

Solvent-based approach: The University of Massachusetts-Lowell, Sunnking and the Institute of Scrap Recycling Industries (ISRI) are involved in this project to demonstrate the potential to use a solvent-based process to recover mixed metals and plastics from e-scrap.

“Following extraction of the plastics, the mixed-stream would be primarily metals,” according to a project summary. “The plastics would be recovered from the process solvent using an anti-solvent.”

This was the second round of grants for the REMADE Institute. The first round was announced in July 2018 and included a number of other e-scrap-related efforts. Sunnking is also involved in one of those, a project to develop a more-efficient and effective e-scrap logistics model.

Partially funded by the U.S. Department of Energy, the REMADE Institute is led by the Rochester Institute of Technology. A partnership of industry, academia and national labs, the institute’s goal is to reduce energy usage and greenhouse gas emissions in manufacturing.