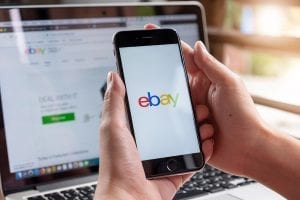 Global e-commerce site eBay has launched a mobile device trading program, and the company says it will pay consumers more for their used phones than competitors.

The service, called eBay Instant Selling, allows consumers to input information about their phones and get paid via an eBay voucher, without having to manage the selling process, according to an eBay announcement. Only certain phones are currently eligible, although the company plans to add others to the program this month.

According to TechCrunch, eBay says the device will be resold through its partner CExchange, which is certified to the R2 recycling standard. CExchange is a Carrollton, Texas company that runs trade-in and recycling programs for Car Toys, Costco, Microsoft Stores, Sam’s Club, Target, US Cellular, Walmart and others.

TechCrunch reports eBay has tried similar efforts before. In 2013, the e-commerce company shut down an older “Instant Sale” service and returned in 2016 with a “Quick Sale” trade-in site. The Quick Sale service relied on a now-shuttered eBay service called eBay Valet.