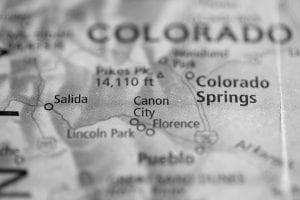 Improper storage of e-scrap at a Colorado prison has spurred a lawsuit involving the highest public officials in the state.

Two semi-truck trailer loads of e-scrap arrived at a prison in Cañon City, Colo. in December, according to a write-up in the Denver Post. The prison’s warden, Angel Medina, received a call from guards at the gate, informing him the material did not have proper clearance or authority, Medina claims in a lawsuit filed Oct. 2 in Denver District Court.

When Medina began making calls to determine the origin of the e-scrap, he learned that the executive director of the Department of Corrections, Rich Raemisch, had authorized the storage at Medina’s prison, according to the lawsuit. The suit claims Raemisch allowed the e-scrap to be stored at the prison as a favor for a friend of his.

Medina was moved to a different facility after he started complaining about the storage, and the lawsuit alleges the transfer was retaliatory, according to the Post.

Fox 31 TV News reported that the e-scrap was being stored without any permits and that there was no plan to recycle it, putting it in violation of state environmental regulations. The state is paying to clean up the material, the Post reported.

Medina said he was told by state officials he would be able to view a Colorado Bureau of Investigation report about the situation, but that after repeated requests, he has not been able to view it. In the lawsuit, Medina names as defendants Gov. John Hickenlooper, the state’s legal counsel and the head of the Bureau of Investigation, and he calls on them to release the report.

A state spokesperson told the Post the report is not complete and will be released when it is ready.